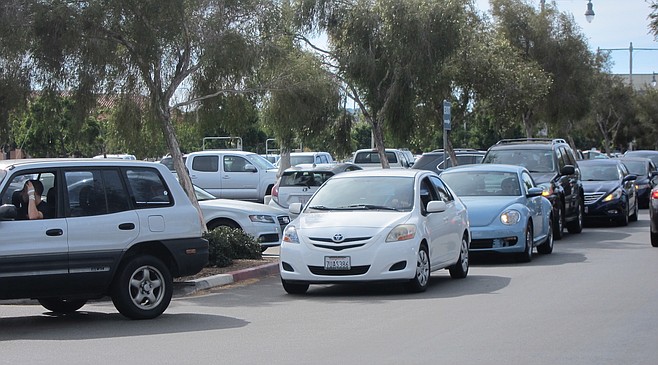 Before Thanksgiving, locals took to social media to vent about parking and traffic at Liberty Station. Specifically, as it relates to Rock Church — a church founded by former Charger's defensive back, Miles McPherson. 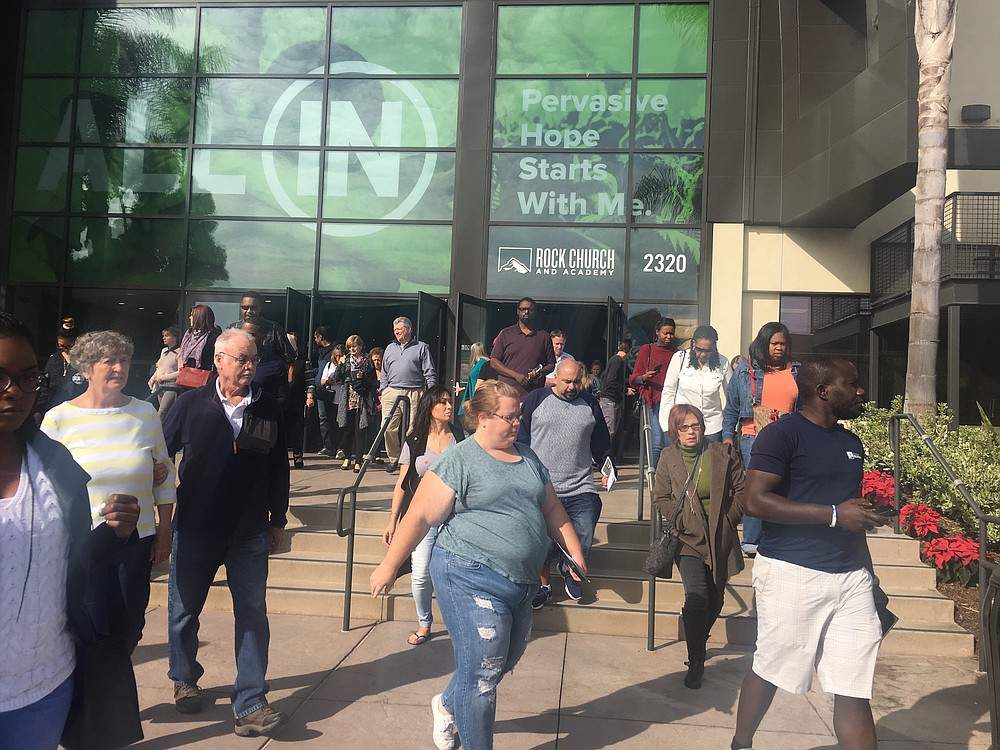 Similar complaints years ago led to a 2012 Grand Jury report that asked the city to suspend the church's 2005 conditional use permit. Then Mayor Jerry Sanders rejected the idea. 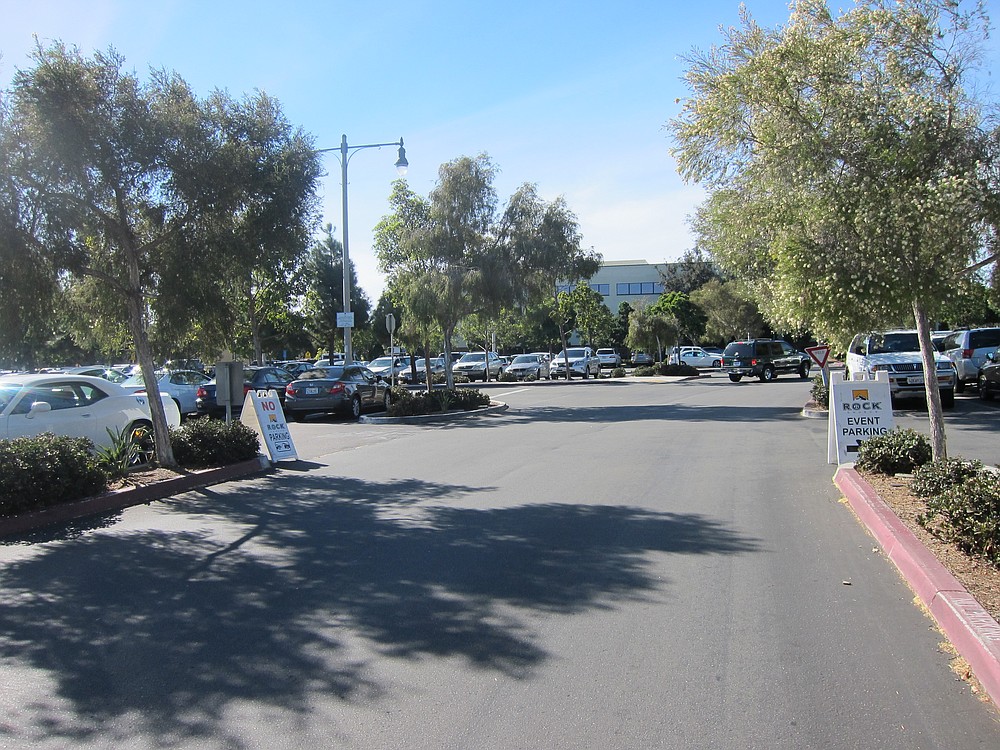 Current complaints center on how parking at Trader Joe's and Von's is nonexistent when Rock Church has services or events. One local said she now does her grocery shopping at midnight because of the church.

Helen said the problem has worsened over the years but doesn't think the church is solely to blame. High Tech High, a K-12 public school across from the church, has local shoppers seeing red as they see parents park in the Trader Joe's lot waiting to pick up their kids. "There is no traffic control during the weekdays. Getting in and out when school lets out is almost worse than Sundays."

Rock Church has a private Christian K-12 school too.

One Saturday in November, as Chris struggled to find parking, he saw a massive stream of churchgoers get into cars in front of 'no rock church parking' signs and after they left the lot looked empty. He wants to see the church enforce their no parking signs.

Native San Diegan Lily does her shopping on Saturday mornings. "Like many locals, I believe [Rock Church] should have never been allowed in Liberty Station." She said the other part of the equation is Liberty Station renting out every square inch of park every weekend for events. She said locals that want to picnic or ride bikes feel like they are in a "Mission Beach-like tourist atmosphere."

Pnina headed to CVS in Liberty Station to pick up just one thing one Sunday. She then headed to Von's for a couple more things. "I ended up getting stuck from Historic Decatur Road to Roosevelt Road. It took me more than 30 minutes to get to Truxton Road. It was the time when people left the church and other people coming in. It was a mess." She has since sworn off Liberty Station on Sundays.

Both councilmember Lorie Zapf's office and city communications said they haven't had any recent parking or traffic-related complaints about Rock Church. San Diego Police Officer Billy Hernandez ran a check going back to September 1 and didn't find anything either.

Documentation shows Rock Church has been lobbying the city the past three years for no particular reason or sought outcome. Parties lobbied include Mayor Kevin Faulconer, Police Chief Shelley Zimmerman, and the Real Estate Assets department. Lobbying on their behalf is the well-connected Craig Benedetto. Prior to Benedetto, it was Atlantis Group — founded by a former local Development Department director.

On the Sunday before Thanksgiving, I visited the shopping center before the 10:00 a.m. church service.

The Parking Ministry directed me toward the Trader Joe's lot saying "parking is in the back half of that lot." Hard-to-miss signage marked every aisle.

Police cars blocked both entrances to the street leading to the church. A couple churchgoers told me this was unusual.

I told Darren, a church representative outside the church, about the complaints. He replied, "I thought that was all over. We do our absolute best to make sure that everything flows smoothly." He then said it's scarier when it's not Sunday, when kids are going to and from school.

Darren said their lightest Sunday service has about 800 people at 8:00 a.m., while the 10:00 a.m. is the heaviest. The church has capacity for about three thousand.

I asked about the rock concert set-up inside. Darren said the idea is the same as a concert except with worshipping.

As we talked, people entered and left the church. At about 11:15 a.m., many started exiting.

As I headed back to my car, most churchgoers went to the church parking lot. Some headed to Trader Joe's or their parking lot. A few to the Von's lot.

At 11:30 a.m., I was ready to drive out of the Von's lot when suddenly I found myself boxed in. Cars were bumper-to-bumper, coming from all directions in and out of the lot. At 11:55 a.m., I exited onto Rosecrans where the traffic wasn't much better.

I checked back as Christmas and the New Year approached. Nothing much seemed changed.