Give outrigger canoeing a try 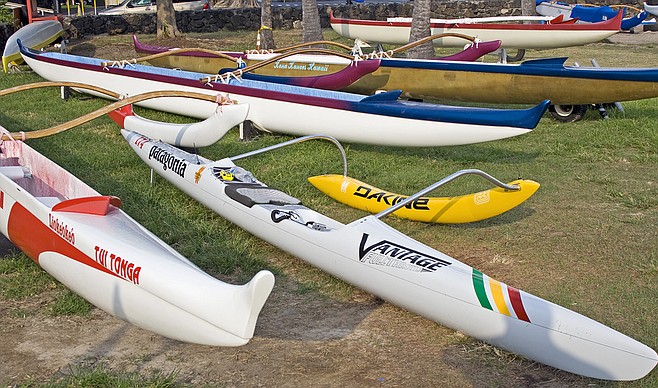 As first noted by Magellan’s assistant in the 16th Century while in the Mariana Islands, outrigger canoes were faster and more maneuverable than any of the like-sized craft used by Europeans. The narrow canoes were fitted with an ama, or stabilizing float extended to the left side, and a simple sail cut for speed. And though centuries of vessel evolution brought the Europeans across the oceans, the Polynesians had been traveling by sea in the same craft as far back as their known history would allow.

Though modern outrigger canoes made of fiberglass or composite materials are faster than those the Europeans first saw, they still rely on human power when paddling. There are now some 37 outrigger racing clubs in California alone.

One such club is the San Diego Outrigger Canoe Club, founded in 1983 by Ex–Navy SEAL Dee VanWinkle. The club sends teams to compete in races up and down the coast of California. Today, the club membership consists of men, women, and youth whose ability levels range from Olympic-class athletes to the recreational paddler, and they welcome new prospective members or individuals of all experiences, abilities, and ages to experience canoe racing. The club is opening their Saturday sessions through the end of March to those who would like to give the sport a try. Dress accordingly.

Where: Campland on the Bay, 2211 Pacific Beach Drive, Mission Bay