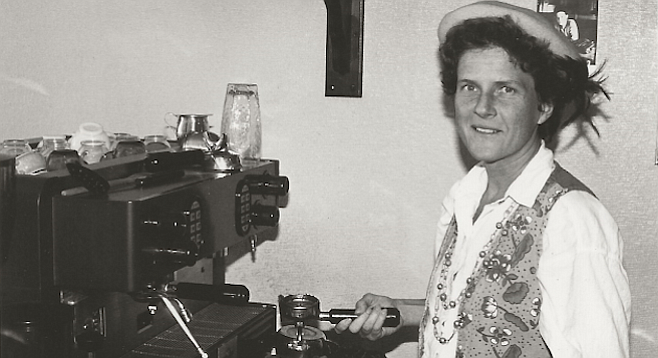 Tara Cardenas ran an all-ages venue in Lemon Grove called Mesopotamia in the mid ’90s. Two decades later, her ongoing support of local music led her to open a bar featuring local bands. Her tenure as a bar owner lasted exactly one day: February 16. “I had my grand opening and my grand closing on the same night,” says Cardenas. 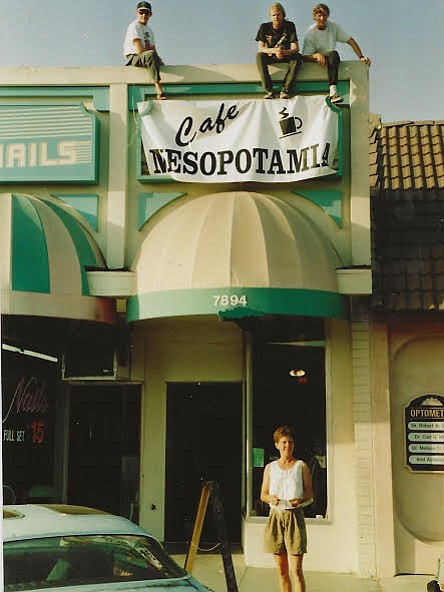 The story begins in 1995. “I had a coffee house when this band asked us if they could play. I didn’t have permits but I didn’t want to tell them no.” Word spread and soon other bands heard about Mesopotamia. “Soon we had the Chula Vista straight-edge scene playing…. I had a 45 [RPM single record] from the [North County band] Boilermaker. I sent them a letter to their P.O. Box telling them I had a café and I’d like them to play even though I didn’t have a P.A. They got back to me. They told me my letter was the only letter they ever got in their P.O. Box. They brought a huge North County following down. They helped me book a bunch of other bands. We got bands from back East.”

The problem, she says, is that she was more of a music fan than an entrepreneur. “A lot of times they wanted to do free shows. People were asking for cups of ice water. We weren’t making any money.”

After two years... “One night I came and there was a note on the door from the City of Lemon Grove telling me to cease-and-desist or face fines, penalties, or imprisonment.” Mesopotamia was over.

“As it turned out, a number of parents wrote letters to the city saying we provided a safe place for their kids,” says Cardenas. “The city wanted to negotiate to keep me open. But I didn’t have the money they wanted me to spend to purchase permits. Besides, by that time I was exhausted. Sometimes we were open five nights a week.”

Cardenas continued her successful food-concession business. (“I’m the Weenie Queen of the Spring Valley Swap Meet.”) Recently, while looking for a home base for her hot dog business, she discovered the Copacabana bar.

“The owner used to come to the swap meet. He wanted to sell the business. It’s on the same block as the Mesopotamia. I saw that this brewery called 13 Point was opening. I thought maybe Lemon Grove was changing and we should give it a try.”

The Copacabana, she says, is mostly known for Mexican karaoke and DJs. “I thought we needed bands in here. I went up with a pad and magic marker to a rehearsal space in Kearny Mesa and wrote signs saying I was looking for bands.” 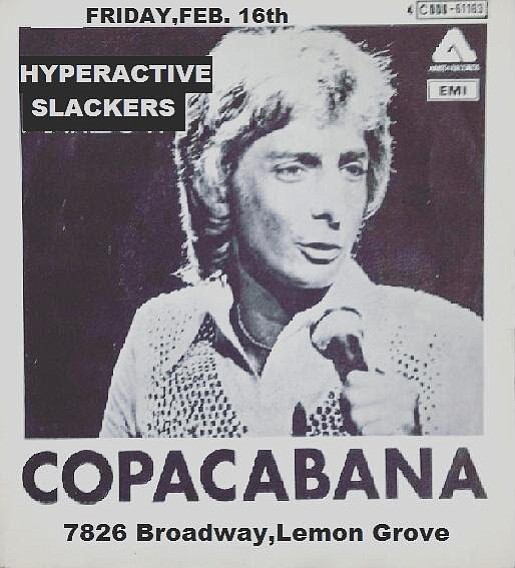 Hyperactive Slackers at the Copacabana, one night only

That triggered a call from the band Hyperactive Slackers, who offered to play her first night.

“I wanted to change the name [from ‘Copacabana’] but they came up with this really cool poster that had Barry Manilow, so I decided to keep it.” But the “hideous colors” had to go. “It was lime green, yellow and turquoise. We repainted it grey and red.” That first night only drew about 15 people.

“But the vibe was good,” she says. “We went in and started painting. The place was only open one or two nights a week and it was mostly just the owner and his wife working it…. We had wanted to sign the lease for weeks but they kept blowing us off. When the leasing agent finally gave it to us, it turned out it was only for 14 months, not three years. The rent was to go up after two months.

"Plus, they wanted a $7000 deposit. This was all not what we had agreed on. They got mad because we painted, so we all agreed to just give them an extra $2500 and just walk away. We decided not to sue because it was too much stress. We just decided to let it go.... We don’t know if it was a scam. [The owner] doesn’t speak English and for sure he can’t read it. But I guess it could have been an honest mistake.”