You’ll have to put on pants 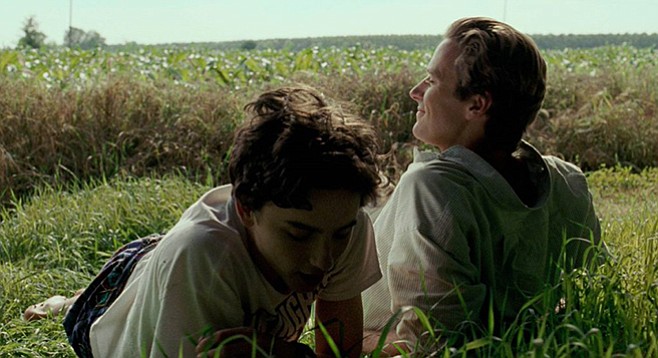 Most years, I watch the Oscars from the comfort of my bed, clad in my finest thrift-store pajamas and swilling El Jimador like they’re going to stop importing tequila when they build Trump’s wall. That way, I can hurl abuse at the Academy and curse my own weakness for watching the sparkly charade without bothering anybody besides my wife, who is used to it by now. But this year, I’m thinking I may put on both pants and my best set of manners and mosey up to Rancho Santa Fe for the San Diego Film Festival’s Oscar party. (See sdfilmfest.com for details.)

Oscars at the Ranch

Festival CEO and artistic director Tonya Mantooth was tickled to see that two of this year’s Best Picture nominees, Call Me By Your Name and Three Billboards Outside Ebbing, Missouri, were among her picks for last year’s festival.

“We follow Toronto, which is only three weeks before us, and they get the world premieres,” says Mantooth. “So when I’m out there pitching the studios, nobody’s seen the films yet. It’s all about researching, seeing if all the puzzle pieces will fit together. Who is the director? Who is the writer? Who’s in the cast? What’s the story? The morning after they premiere at Toronto, I’m reading the reviews, seeing how the films I’ve secured measure up.” (Billboards was a relatively easy call: she premiered writer-director Martin McDonagh’s last film, Seven Psychopaths, at the 2012 festival, and was happy to see that Sam Rockwell was back in front of McDonagh’s lens. “And when I saw that Frances McDormand was in it and read the background, I saw it had all the pieces for being a brilliant film. It’s a tough subject, but McDonagh always brings a kind of human, dark humor to things.”) 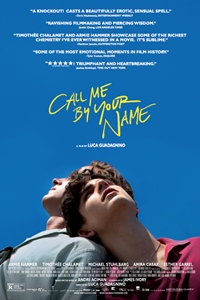 So, in one small way, the Oscar party serves as a quiet reminder of the festival and what it offers San Diego filmgoers. But its main function is as a fundraiser for the SD Film Foundation’s Focus on Impact Film Tour. “I feel that film can help people find a sense of commonality, instead of how things are now, where everybody looks for the divide,” says Mantooth. “And I feel like kids today don’t get to see documentaries; they control what they watch in a different way than previous generations, and there are things they’re not made aware of. We need that next generation to care.”

To that end, she partnered last year with filmmaker Thomas Morgan to bring his documentary Storied Streets to five San Diego high schools. “It shows the side of homelessness that most people don’t see: people who work a full-time job but can’t afford a place to live, who ride public transit all night, then get off the bus and go to work in the morning. Families who lost their health insurance and then had their medical bills push them to lose everything.” Morgan came along to talk about his work, and the tour also brought in Giuseppe Pizan, a young man featured in the film. 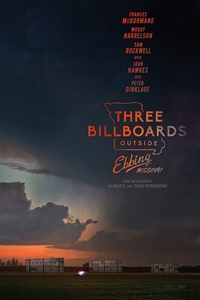 “We surveyed all the students on their opinions about the homeless issue before the film,” explains Mantooth. “And we surveyed them afterwards to see if it changed their perception.” (It did.) “I made sure to bring it to half affluent schools and half Title I schools,” the former because “these kids are going to go to college, they’re going to do urban design, they’re going to run for office and make laws. They need to see this as a human issue.”

Mantooth says she plans to make the film tour an annual event, taking on “big issues that need to be looked at.” This year, the tour will feature River Blue, David McIlvride and Roger Williams’s look at conservationist Mark Angelo’s investigation of the fashion industry’s impact on the environment.