The Moonwalkers are in town. And that’s not all. 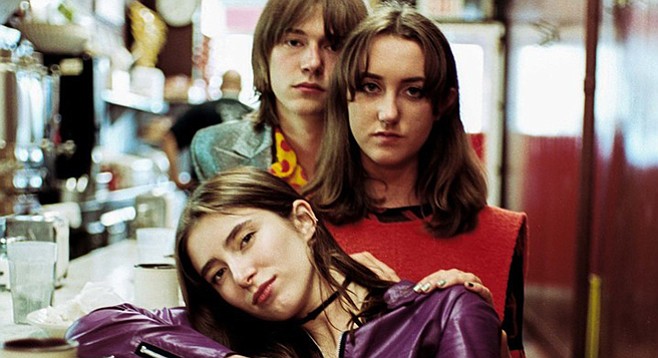 Until a few weeks ago, it would have been easy to write off Detroit psychedelic rockers Moonwalks as just another DIY club crawler with too many guitar pedals and too little inspiration. The bass-guitar-drum trio couldn’t have been more obvious about their White Strips fixation when they tapped that band’s producer Jim Diamond for their debut EP, which I sampled while prepping this column and already can’t remember what I just listened to. A spin through their 2015 full-length, Lunar Phases, also failed to impress, though they certainly did their due diligence pushing it on the road with everyone from Thee Oh Sees to Cosmonauts, Wand, and LA Witch. Now on Stolen Body Records, their newest released a few weeks ago, In Light (The Scales in the Frame), hardly seems like the same band. Gone is guitarist Jacob Dean’s sleep-inducing Jerry Garcia noodling, and Kate Gutwald’s bass actually takes the lead from time to time, introducing a hitherto unsuspected dose of genuine funk. Even Kerrigan Pearce’s drums, which previously sounded like someone repeatedly dropping a toilet seat, seem to pop in and out of the mix for brief and powerful spitfires. The recent single, “Sequins,” is still somewhat drone-drenched, with a Hawkwindian wall of sound that would be more immersive if used a bit more judiciously (or at least tracked at something less than the same bone-rattle volume throughout the tune), but it still manages to engage all the way past the six-minute mark. That’s more time than I was willing to spend in the grooves of both previous efforts. Their appearance at Soda Bar on April 18 will be opened by Acid Tongue, a trip-o-tronic garage duo featuring Guy Keltner and Ian Cunningham. 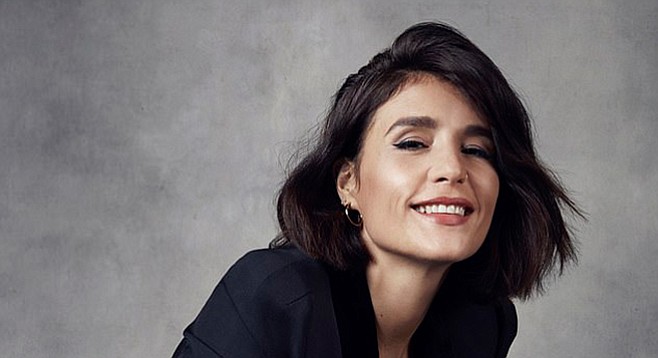 Jesse Ware comes to S.D; snap up those tickets fast

The Belly Up has sent out an announcement that Jessie Ware will be at the Solana Beach tavern on April 19, between her two weekend dates at Coachella, though at this writing there are no tickets listed on their website, nor does Ware’s posted itinerary indicate any gigs bridging the Coachella shows. Chances are you’ll need to snap up these tix fast — the British singer-songwriter’s career has been rapidly ascendant since the recent release of her third album, Glasshouse. Ware first earned notice singing with acts such as Florence & the Machine, Joker, and SBTRKT, as well as writing songs for, and recording with, Ed Sheeran (“New Man”) and Nicki Minaj (“The Crying Game”). Going solo, she scored a huge UK hit with “Wildest Moments,” from her debut 2012 album. Her sophomore LP yielded the Prince-like title track, “Tough Love,” pretty much her breakthrough stateside single, but it’s really only been the past few weeks that we’ve seen a flurry of U.S. blogs and music sites fawning over the somewhat theatrical-sounding singer with a knack for ‘tween-friendly songcraft. Could she be the next Adele or Florence Welch? Both of those ladies are friends with Ware and have praised her pipes. If that’s what you’re into, that’s what to expect. 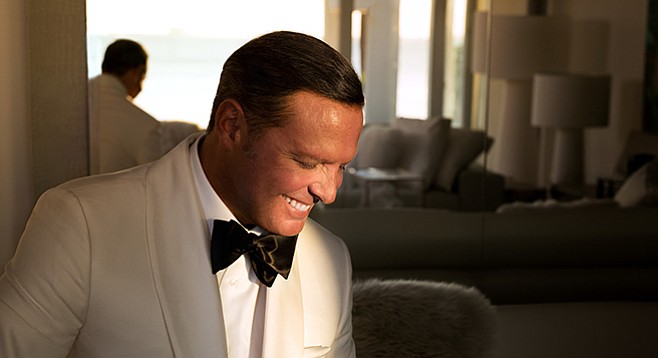 Luis Miguel opens his next tour at Mattress Firm Amphitheatre on May 4, right before the Latin superstar makes his first appearance at the Hollywood Bowl. Miguel’s newest release, ¡México Por Siempre!, has already been certified double platinum, but this is the kind of victory lap that promises to showcase cuts from throughout his nearly 40-year career. With over 100 million records sold around the world, a case could be made for Miguel being the most successful Latin American singer of his time, maybe of all time, with a discography that has dipped into everything from mariachi and boleros to pop, lounge, and especially romantic, tear-jerking ballads. This may be Miguel’s biggest year ever, with Telemundo and Netflix teaming up to produce an authorized biographical TV series that, although still unnamed, promises a behind-the-scenes look at someone so fiercely devoted to privacy that he usually refuses all interviews and award appearances, and is always surrounded by a well-fed troop of intimidating-looking bodyguards. Wherever he’s going, the guy regularly switches vehicles every few miles in order to distract reporters, photographers, and fans with a tendency toward stalking, a trick he reportedly learned from his friend Frank Sinatra, who once invited Miguel to ride in one or more of his decoy cars to the studio where Sinatra was recording another Duets album. Considering the lone roads going in and out of Mattress Firm, and the long lines after most well-attended concerts, you may just find yourself in a Chula Vista traffic jam alongside Luis Miguel in a minivan. 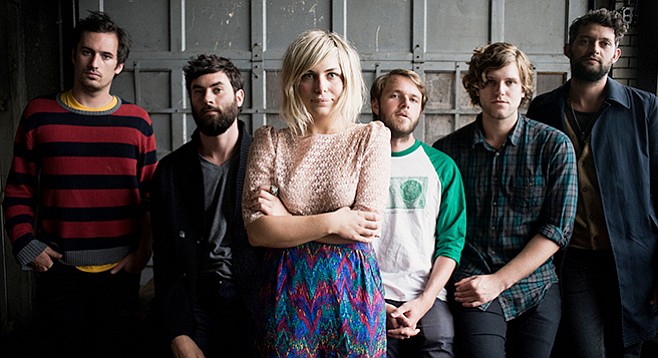 The first time a lot of people heard of the Head & the Heart was when they appeared performing as an opening act in the pilot for the much-hyped, but quickly savaged, Showtime TV series co-created by Cameron “Almost Famous” Crowe, Roadies. They also turned up performing their song “Shake” on the TV show Hart of Dixie, a number they can be seen playing in the 2013 film Lucky Them, and several of their tracks have been heard in various films and TV episodes, most of them appearing in brief snippets (How I Met Your Mother, New Girl, Sons of Anarchy, etc.). Just as they were building up a million streams and a thousand blog nods, founding singer-guitarist Josiah Johnson was forced to drop out of 2016 touring plans for their third album, Signs of Light, due to health problems reportedly related to drug addiction. It seemed their fan base might be headed for premature evacuation, especially after neither the single for “All We Ever Know” nor “Rhythm & Blues” landed much airplay or attention. However, 2017 found them hitting all the right notes for festival dates like Lollapalooza, Hinterland, and Coachella, and several of the larger tastemaker sites heaped praise on their recent cover of Crowded House’s “Don’t Dream It’s Over.” It appears expectations of their demise were unfounded, at least for now, as evidenced by the upcoming tour that brings them to SDSU’s Open Air Theatre on May 22, for a bill that includes Grouplove and Mt. Joy. 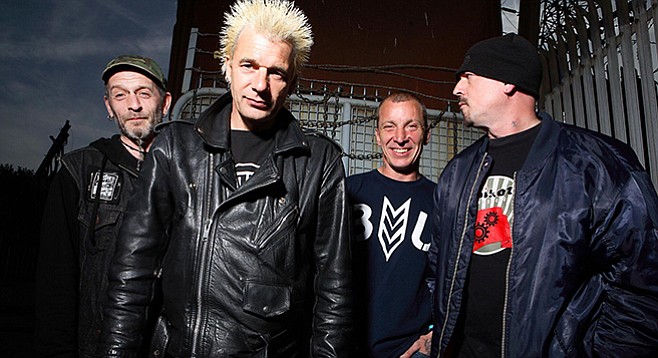 Celebrating their 40th year, British punk legends G.B.H. is touring in support of their 12th studio album, Momentum, released last November but still racking up spins and accolades virtually every place the tracks appear online. Colin Abrahall, Jock Blyth, and Ross Lomas, the three founding members, have lost none of the fire and brimstone that erupted all over their debut album, City Baby Attacked by Rats. They’re such a solid, seasoned unit that all five of their post-1996 albums feature current drummer Scott Preese (Bomb Disneyland/Bomb Everything), who’ll man the kit when they play the Observatory North Park on May 24. The bill includes Golden Hill’s Authentic Sellout, who just released a video for their newest track, “Radiate,” and Lemon Grove punk rockers the Widows.