Responsible to the blues 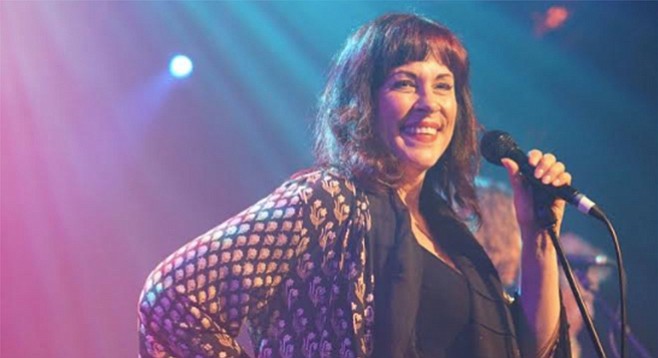 Readying to tour in support of her newest release, Love Is an Army, Janiva Magness checks in from her Culver City digs. We talk about artistic development. Magness is a blues singer. Electric blues at that. 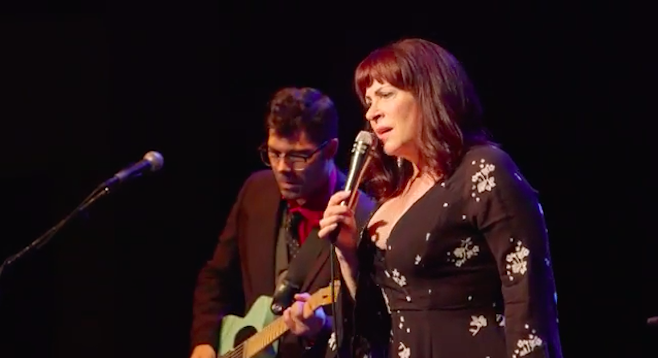 “It wasn’t one thing. When is it ever one thing?” Her delivery on Army is almost otherworldly. Magness has ripened into someone who almost does not sound like Magness. “A curve, you would say. Evolution. No, a revolution internally for me. What do I mean by that? Willingness to be vulnerable,” she says. “Not that I was faking it, ever. But, as an artist, I always wanna go further.”

I remind her that when she first came onto my radar more than a decade ago, Magness was known for rocking a more or less anatomically correct rubboard in concert. “She’s hanging right here on my office wall,” she says of the rubboard. “Pointing at me, so to speak.”

Janiva Magness on the rubboard in 2008

Magness, 61, nominated for Grammy awards, has won seven Blues Music Awards in her time. In 2009 she was named the Blues Foundation’s Entertainer of the Year. Detroit-born, she worked as a St. Paul recording engineer before an invite to sing some backup vox ushered her into a life of performing. “And getting thrown into the fire of songwriting,” she says. “I didn’t want to do it. What if I suck? What if I don’t suck? There’s a lot of responsibility.”

Army is her 14th release since 1991. “It’s soul. Funk. Hardcore blues. It’s been an unfolding.” She pauses. “I’m much freer now to be myself. I come from a background of extreme anxiety, fear, and sorrow. Part of the thing — it took me years while doing the job to figure out what the job actually is.” I ask her to elaborate. “It’s connection. And what that requires of me is to leave my heart open. And that’s terrifying.”