Biggest 'but on Dolphin wins 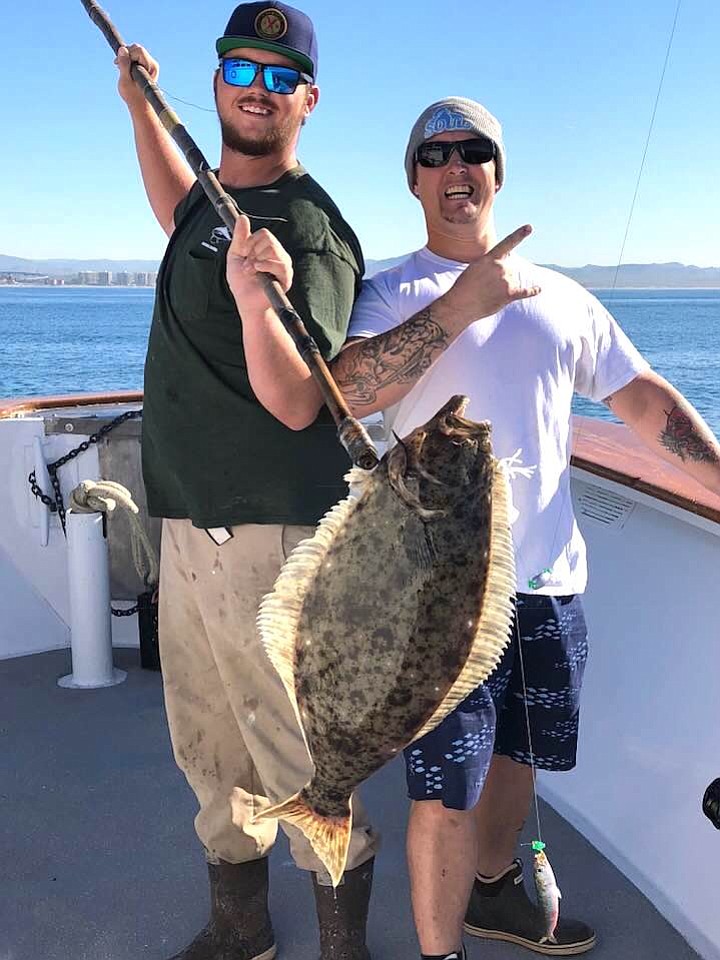 Caught halibut. The weekly derby has been on since the beginning of the year.

When my father was a boy and Mission Bay wasn’t dredged from the reed-choked estuary of the San Diego River, my grandparents would tote the kids to the Bathtub Rock area about where Torrey Pines State beach and Black’s Beach meet. There was a shack there, and during the warmer months, they’d spend weekends camping there. The main catch was surf perch and California corbina, or an occasional calico bass or a halibut from the sand slots between reefs.

Halibut Tournament Aboard the Dolphin

When my grandfather bought an old johnboat, he started fishing more in San Diego Bay and the estuary to the north – large halibut, big “buts” being the desired catch. The estuary was shallow and in most places you could reach the bottom with a six-foot pole from the boat. He made a spear with a trident tip and attached car lights to the johnboat, pointing down and hooked up to a spare battery. At night, he’d cruise the shallows of the estuary hunting halibut.

The lagoon, pre-dredging, was not visited that much; the best chance at a halibut or spawning white seabass was from the bridge between Mission Beach and Ocean Beach. Many of the folks that fished from that bridge used trident-tipped spears.

Once when about six or seven years old, from a rented flat-bottomed boat in Mission Bay, my father and I caught a halibut, maybe 20 pounds, and Dad told me the story of grandfather’s johnboat in the lagoon.

Halibut can be tough to get to bite: keeping a bait or lure down in the zone, avoiding by-catch like sand bass or rays, and being patient enough to hook a fish that sometimes grabs the tail-end of a bait.

For those that want to shorten the halibut learning curve. the final two Halibut Tournament half-day runs for the sportfishing vessel Dolphin will be this coming Wednesday. The weekly derby-style competition has been on since the beginning of the year and the winning fish will be the largest fish caught by the end of February.