We were approached by federales a couple of minutes after filming. 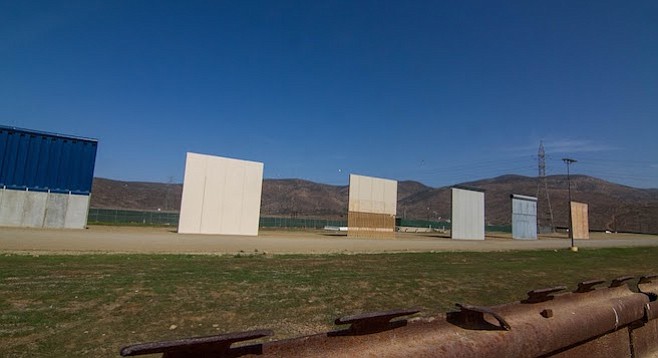 “In Europe, all we hear is about Trump’s wall,” commented Eimear Lowe, an Irish reporter for RTÉ. “We came to Mexico to find out what people here have to say.”

Lowe and Ken (her cameraman) flew from Dublin to Tijuana to report on the situation with migrants, deportees, refugees, and President Trump’s proposed border wall. Lowe found my Tijuana tours website and emailed me to guide her through the city, do translations if needed, and take them to their interviews. 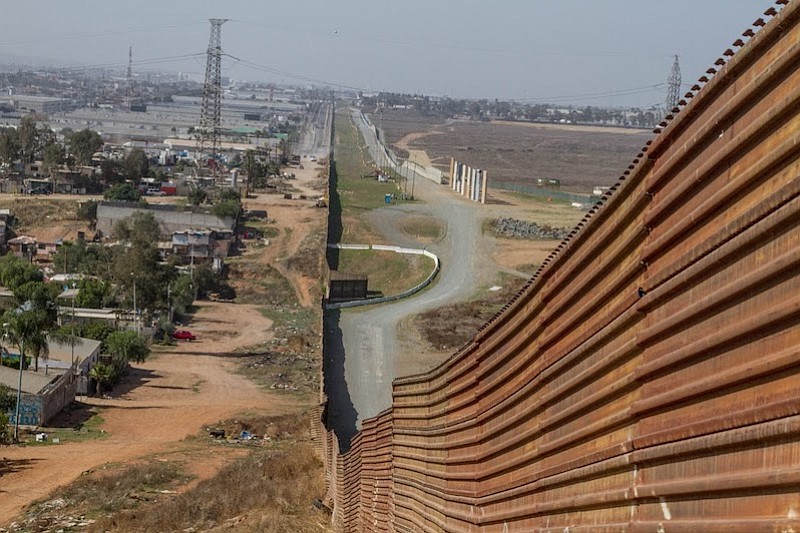 The walls are closed off from the public on the American side of the border but easily viewed from the most eastern part of Tijuana.

I met the reporters on February 11th outside of Caesar’s Hotel. Our first mission was to visit the eight 30-foot-tall border-wall prototypes east of the city in the Nido de las Águilas (“eagle’s nest”) neighborhood. The prototypes are closed off from the public on the American side of the border, but they are easily visible from the rundown neighborhood in the most eastern part of Tijuana. The neighborhood is also popular because it’s where the border wall abruptly ends.

The prototypes for Trump's wall have garnered so much interest that two companies are now taking tourists to the site. Swiss-Icelandic artist Christoph Büchel organizes a border wall prototypes tour and is petitioning for the mock-ups to be declared a national monument. Veteran Tijuana tour guide Derrick Chinn (Turista Libre) also offers tours to the prototypes and beyond.

It’s a 35-minute drive from Zona Centro to El Nido de las Águilas (close to Tecate) and it requires a four-wheel-drive vehicle for some parts. In my sister-in-law’s Jeep and with expensive camera equipment, we headed out to see the prototypes. A few blocks before entering El Nido de las Águilas, the semi-paved roads cease to exist and it turns into rough terrain. 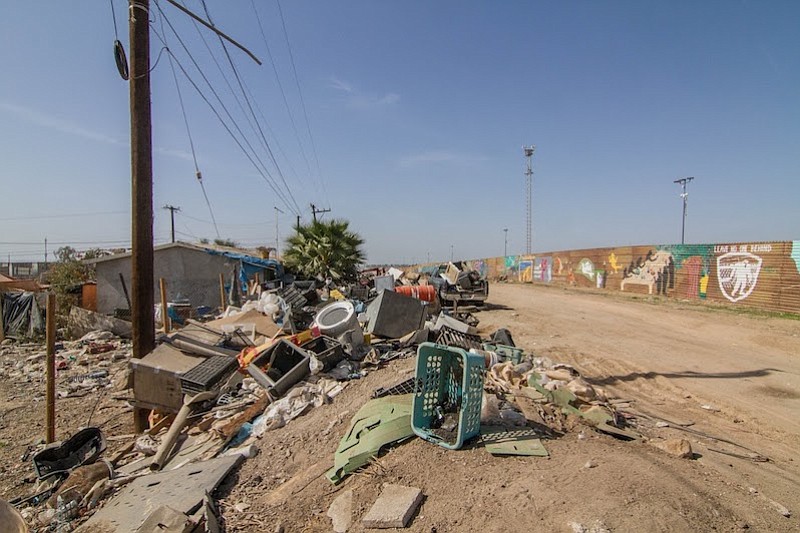 Curious neighbors popped out of their houses as Ken was setting up the heavy camera and Lowe took notes and got ready with her microphone. We were approached by federales a couple of minutes after filming. The single pickup truck held over eight agents who asked for our identification and told us not to record while they were there. I explained we were international journalists reporting on the prototypes; they told us to watch out since it was a heavy crime area and then they drove away.

We headed down the hill, closer to the several towering walls. To get a better view, old tires and garbage are piled up near the rusty old border. Besides a shirtless man separating garbage near us, the area was desolate. The federales went by us again and waved. A beat-up truck announcing on loudspeakers that they were selling tortillas also drove by. 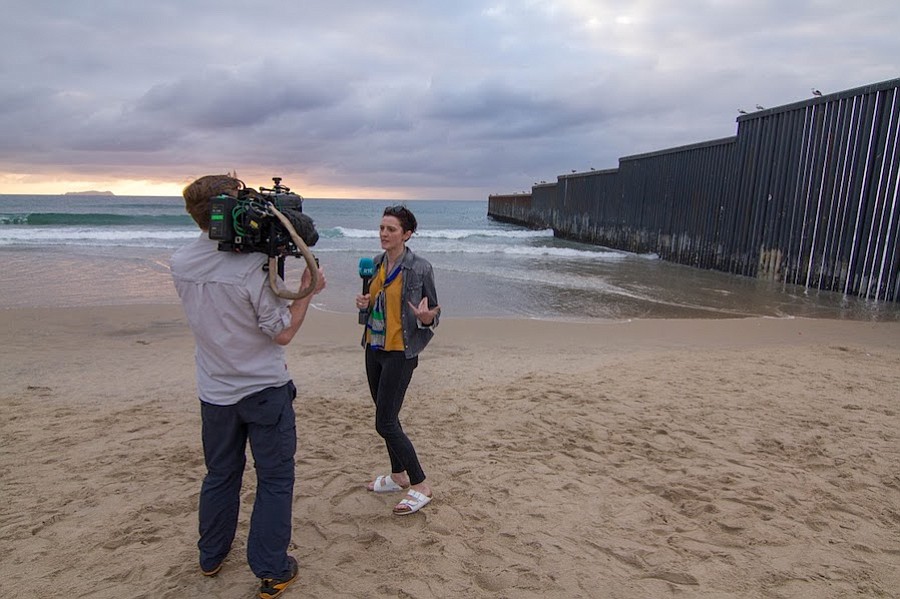 We ended the day filming at sunset on the western end of the border wall in Playas de Tijuana.

After getting the needed shots of the prototypes, we went to the San Ysidro border so Irish viewers could see what the busiest border in the world looks like on an early Sunday afternoon. We ended the day filming at sunset on the western end of the border wall in Playas de Tijuana. The low tide enabled children and thin people to cross to the other side momentarily; kids tossed the football over the wall and ran back to the Mexican side.

The following day was mostly going to the interviews Lowe had set up with experts on border and migration matters. They interviewed professors at Colegio de la Frontera, an immigration lawyer, and the migrant house in La Postal where they interviewed recently deported migrants and the director of the shelter, the Irish-American Father Patrick Murphy.

We ended the night drinking cheap beers at a cantina and eating chile relleno street tacos. Ken was fascinated with the short time he had spent in Mexico and vowed to come back as a tourist. Lowe was grateful for the beer after hearing conflicting messages on Trump’s impact on the border and migrants.