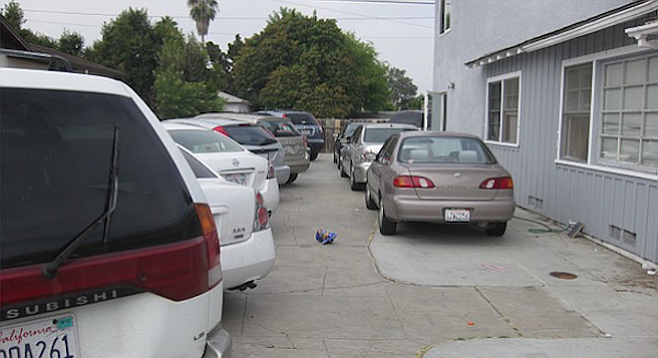 The City of San Diego must pay $129,912 for its failed mini-dorm ordinance. A judge awarded attorneys' fees on February 16th to a group of landlords and students who sued the city over the 2017 Residential High Occupancy Permit Ordinance.

The ordinance requires landlords to pay for a permit if there are more than five occupants over the age of 18 living in a residence. A supplemental ordinance requires each tenant to have a dedicated parking space a certain distance from the home.

Superior Court judge Ronald Styne struck down the law in December in a lawsuit filed by a group called College Area Students, Tenants, and Landlords Association. In his ruling, Styne ruled that the law unfairly targeted certain people, in this case people over the age of 18.

It was the second time the city was unsuccessful in defending a law meant to address alleged proliferation of mini-dorms in the College Area.

In 1996 another group, the College Area Renters and Landlords Association, represented by the same attorney, Stephen McKinley, sued the city for targeting minority groups through the mini-dorm ordinance. A state court, and later an appellate court, agreed and struck down the ordinance.

In a June 2017 ruling, Judge Styne questioned why the city would move forward with a similar ordinance without making changes.

"I think you've been through this before," Styne said in June. "I can't believe when you wrote the ordinance, you weren't looking at this.... The previous case against the city set forth how you were supposed to do it. And then you go back and do it this way."

The city's decision to move forward with a law while ignoring the legal precedent cost taxpayers $129,912.

Writes the judge in a February 15 tentative ruling that was confirmed today, "The court finds [property owners and the students' group] establishes that a significant benefit has been conferred on the general public or a large class of persons as a result of [their] successful pursuit of this lawsuit."

If still working for the City, deputy city attorney Carmen Brock should resign.

According to the State of California Bar website, Carmen Anne Brock is still Deputy City Attorney for San Diego.

Found that by simple Google search.

Did anyone in the city attorney's office, or council staff, or mayor's staff even remember what happened in 1996? Institutional memories can be very short. Of course, the matter should have been extensively checked out prior to enacting the ordinance, and that should have been done by the city attorney. But, hey, this is the slobberin' city of SD, and it makes all sorts of stupid, uninformed moves constantly.

You go around College and Montezuma - none of the apartments that are right next to Sud-Soo are for the in-state Joe or Jill Average SDSU student. Those places (including the new one they are building down the street from the synagogue) are for the deep-pocket international students and the out-of-state/out-of-town kids whose parents could get them into a decent mid-level school anywhere, but Kiddo or Princess is at Sud-Soo to soak up "the culture" and the waves. All of these people in this lawsuit are the locals, using going to college as an excuse to get out of their parent's house, and the College district will only ever move up in quality when SDSU goes out of business.

SDSU is growing, not going "out of business." It will likely expand to the SDCCU Stadium area if their initiative passes this November.

I doubt liquor licenses will be approved. SDSU will always be unapproachable for most people in a private vehicle.

High-rise buildings are increasing at UCSD, too. They are in a huge building boom now; I believe around $1 billion.

As usual, the city can not do anything right, but we have the best people and pay them good money to do poor work for us .We are screwed by these clowns all the time.

Correction: The city has people who "should" be the best, but who are often wanting in skill, or motivation. And so they collect fat salaries and fatter benefits while failing to do the jobs that need to be done.

Correction: The city says they have the best all e time.