Talk of the occasional guava pastry leads to a physics lesson 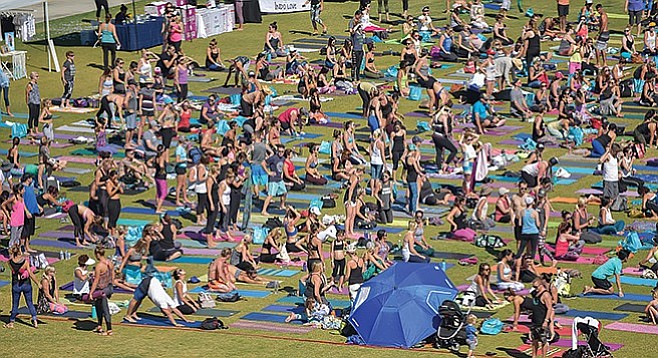 Dear Hipster: Why is there never any parking near hipster coffee shops (especially ones that contain guava pastries)? — Janelle Khaleesi

There’s a simple answer and a hard answer. I’ll give you the easy one first.

I’m not going to name names, but some hipster cafés have elected to locate themselves in Ocean Beach.

In terms of looking for parking in O.B., on any given day I’d rather listen to Demi Lovato’s greatest hit on repeat while I shotgun Natty Ice and talk about how bummed I am that the Chargers fled the coop. Out of fairness, I’ll add that there’s no fault on the part of hipster coffee shops for the endless waves of irritable tourists lining up to snap a selfie with a mediocre Hodad’s burger so they can show off their newfound #SoCality to all the jealous homies back in Green Bay, and thus rendering the parking situation thoroughly inoperable for those of us who might crave the occasional delicious guava pastry.

And yet there’s a subtler, more universal explanation, one that relies on the fifth fundamental interaction: the hipster force.

Everyone knows that hipsters create hipster businesses and hipster businesses bring in more hipsters who in turn generate more hipster businesses. The irresistible urge to partake of the hot new thing possesses an attractant force many orders of magnitude stronger than mere gravitation. The mathematical model that describes this exponentially increasing hipster presence can predict the rise and fall of a hipster neighborhood with startling precision. At peak hipster, the density of hipster activity reaches a level where no more hipsters can enter the neighborhood, often on account of diminished parking. At that point, the hipsters actually begin to repel each other with a force equal to the force that drew them together in the first place.

Interestingly, the zenith and nadir points on the hipster curve actually track a long plateau, rather than quick peak followed by a sharp decline and vice versa. This explains the extended, sometimes multi-generational waxing and waning of various trends and locales.

Some rogue hipster theorists propose an ironic heat death of the hipsterverse caused by a gradual loss of potential coolness. This controversial model describes a wack future indeed, where the coolness status quo becomes completely static and eternal, no longer able to accommodate rising social trends or reject mainstream lameness. Fortunately, the earliest projection has this event occurring no sooner than 10,103 years in the future, about the same time Paramount Studios finally wrings the last breath of life out of the Transformers franchise.