Egged in the city

“It just seemed so dumb, like a dumb thing to do.” 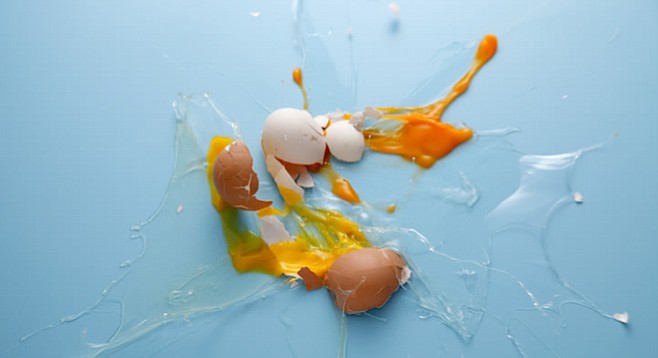 A spate of incidents where people walking in North Park and Normal Heights were hit by or nearly hit by eggs has left social media abuzz, but the police say they haven’t heard about it.

In the past few weeks, according to declarations on social media, five people in areas from Cherokee Street and Meade Avenue to the heart of North Park, have been hit or nearly hit by raw eggs thrown from a car. 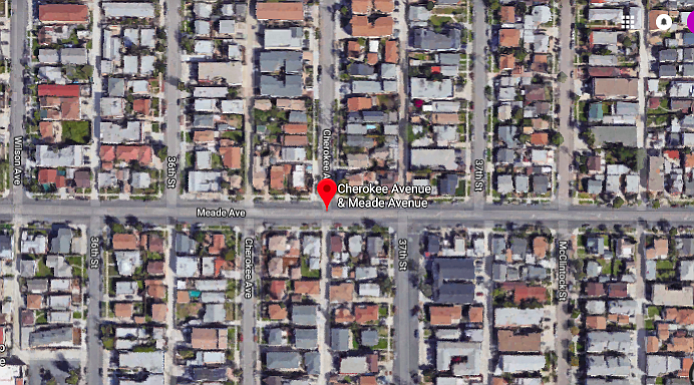 Two people were targeted while walking down Meade Avenue.

About two weeks ago, Rudy Chavez was walking his dog by the liquor store at 36th and Meade in Normal Heights at around 2 p.m. on a weekday when he heard a smack and saw an egg hit a tree. It bounced on the grass and landed again, then broke open on the hard landing.

“I was shocked and surprised, and then it clicked for me that someone threw it at me and missed,” he said. “By then the car was too far away to see the plates.”

One near-victim thought the car was a dark-color Toyota Corolla. Another said it was an older black Honda Civic with two men in the car who looked like they were in their late 20s or early 30s.

A woman on January 30th said she was at Illinois Street and Lincoln Avenue when someone threw an egg at her. Another woman reported her boyfriend had been splattered by an egg just days earlier that was thrown at his face while he waited for the bus — it didn’t break on his face but when it broke, it got on his pants.

On Super Bowl Sunday (February 4), two men were walking to the liquor store at Park Boulevard and Madison Avenue when someone chucked an egg at them.

San Diego Police Department spokesman Joshua Hodges said he couldn’t find any reports of such incidents going back more than a week.

“If it is just eggs being thrown it appears that the most appropriate crime would be 242 PC (Battery, which is any willful and unlawful use of force or violence upon the person of another),” he wrote. “From the looks of it right now, it appears no one called to inform the police this was occurring. If this is the case they need to call to have reports taken.”

Chavez said he wasn’t frightened, he just thought how strange it was. And stupid.

“I didn’t get hit by a bottle or something like that — there was a man who did, and that can really hurt you,” he said. “It just seemed so dumb, like a dumb thing to do.”