Quirky artsy spots sprinkled all over the county 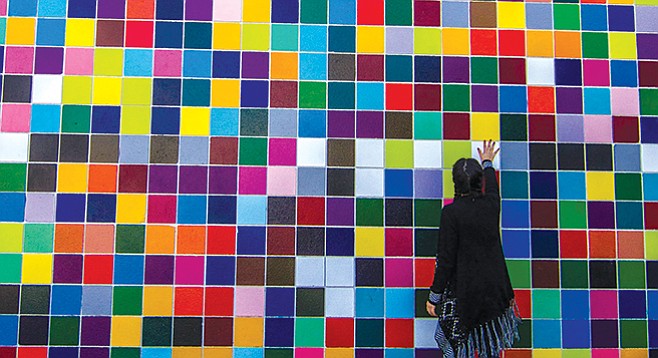 Thanks to our constant sunshine, San Diego is one the most photogenic cities in the country. And then there are the views from of our coastlines, inland valley, desert, and mountains. We don’t lack for inspiration here. Our art scene many not be as extensive as in other metropolitan cities, but there are hundreds of quirky artsy spots sprinkled all over the county. For all you art lovers, I rounded up San Diego’s most visually stunning, kitschy, and photo-ready spots. 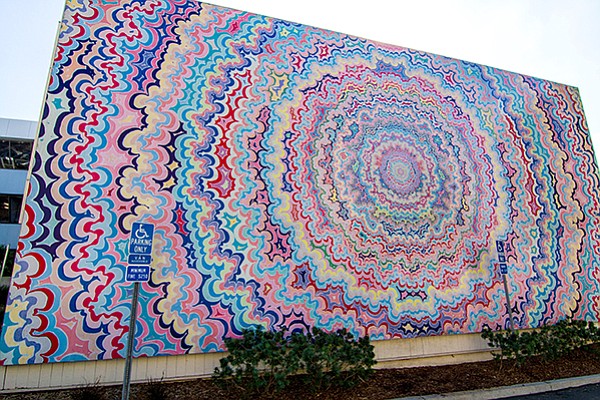 In 2010, Murals of La Jolla was conceived to enhance the community’s natural beauty with outdoor murals. Within the past eight years, a handful of artists have created murals throughout La Jolla. The most Instagrammed of these was created by Roy McMakin and resides on Eads Avenue. Visitors are drawn to McMakin’s Favorite Color, mural. This vivid, large-scale, art installation was born out of the artists’ interest in people’s color preferences. McMakin asked a sample group from various backgrounds and ages what their favorite color was. He based his creation, a large multicolored tiled mural, on their answers. 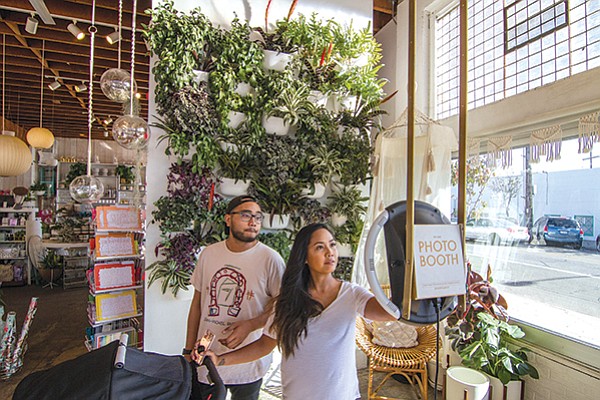 Pigment is akin to your favorite museum shop but with edgy and modern upgrade.

Less than a mile away, is the work of local artist Kelsey Brooks. His piece, titled One Pointed Attention, is on Ivanhoe Avenue in the heart of downtown La Jolla. Brooks, who has created album art for the Red Hot Chili Peppers and the Flaming Lips, created his La Jolla mural in 2014. From the street, the mural’s vibrant colors and pulsing lines draw people in.

Over the past several years, North Park’s Pigment has gained a hefty cult following. If you search #pigment on Instagram, thousands of photos appear featuring the gift shop’s popular living wall made up of dozens of delicate and colorful succulents, or snapshots of locals and tourists posing against the store’s pink ombre-toned entrance. The brains behind Pigment is the husband-and-wife duo Chad Anglin and Amy Paul. The shop originally opened as an art gallery, with Amy Paul’s own studio situated in the back of the store. Pigment has since moved into a 3000-square-foot site that sells everything from design books, one-of-a-kind greeting cards, and knick-knacks. Pigment is akin to your favorite museum shop but with an edgy and modern upgrade. Every color-popping display in the store is Instagrammable, and they feature an abundance of products from local artists.

Perhaps the most zen way to spend the day in San Diego is by taking in the landscape art at the San Diego Botanical Garden. Located in Encinitas, this 37-acre site is home to dozens of endangered plants. Glimpse the rare Hawaiian hibiscus, Otay Rose, and my personal favorite, the Bastard Quiver Tree. Stroll through its tropical rainforest with waterfall, bamboo forest, and desert succulent garden. The Botanical Garden hosts several art events through the year. Currently, until March 31st, they are featuring Garden Tapestry in their Ecke building. On display are hand-woven, garden-themed tapestries created by Egyptian artists from the Rameses Wissa Wassef Art Center in Giza, Egypt. Tapestries are available for purchase with most of the proceeds going to support the artists. Admission to the San Diego Botanical Garden is $14 per adult and $2 for parking

Located between the San Diego Zoo and the Natural History Museum, the Spanish Village charms visitors with pops of color from its multicolored cobblestone walkways leading to Spanish-inspired bungalow galleries featuring folk art, blown glass, and stunning watercolor paintings. The Spanish Village Studios house working artists. You can get an up-close view via demonstrations and a plethora of classes in progress daily. Many of the bungalows offer gift shops where you can buy work from local artists. The center is open from 11 a.m.–4p.m., seven days a week and free to the public.

Located in Old Town, Heritage Park houses seven original and beautifully restored homes of early San Diego settlers from the late 19th Century surrounded by lush green belts. Heritage Park is a lesson in Victorian architecture, including examples in the Italianate, 19th Century Vernacular, and Stick Eastlake styles. San Diego’s first synagogue, Temple Beth Israel, resides in Heritage Park. Outside each home and the synagogue are placards that detail the architectural style and information on the original owners of each residence.

In the upscale neighborhood of Mission Hills passersby will find an unexpected delight at the home of local artist Edna Harper. Nicknamed Edna Scissorhands by locals, Harper has transformed her suburban corner lot into a whimsical garden. Bored by her home’s landscaping, Harper imagined what the foliage in her front yard might look like if they took the shape of animals. With her husband’s encouragement and armed with a pair of clippers she went to work. For over two decades Harper has been maintaining her front-yard-turned-whimsical-fantasy land inspired by her oversea travels. Edna chopped, pruned, and shaped the shrubbery in her garden to resemble elephants, slithering serpents, and baby Buddhas to name a few. The Harpers spend three to five hours daily pruning and perfecting their garden sculptures for the public. When visiting, please keep in mind that this is a private yard. The Harpers welcome visitors and encourage photographs of the grounds but ask that you don’t touch, sit on, or walk through the garden. Street parking is available.