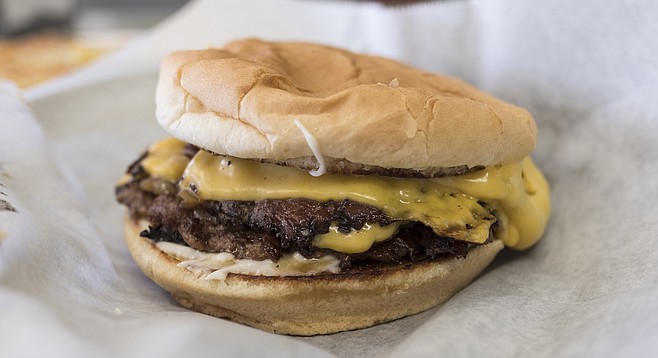 When North Park's D’Angelo Pizzeria closed in late 2017, I failed to notice. The small pizza shop on 30th had a mostly hyper-local following for at least the last decade, and though I must have driven past a hundred times, I never tried it, or even heard much about it.

However, when a new restaurant, The Friendly, opened in the same spot, not even a month went by before I started seeing photos and shout outs popping up in social media feeds. 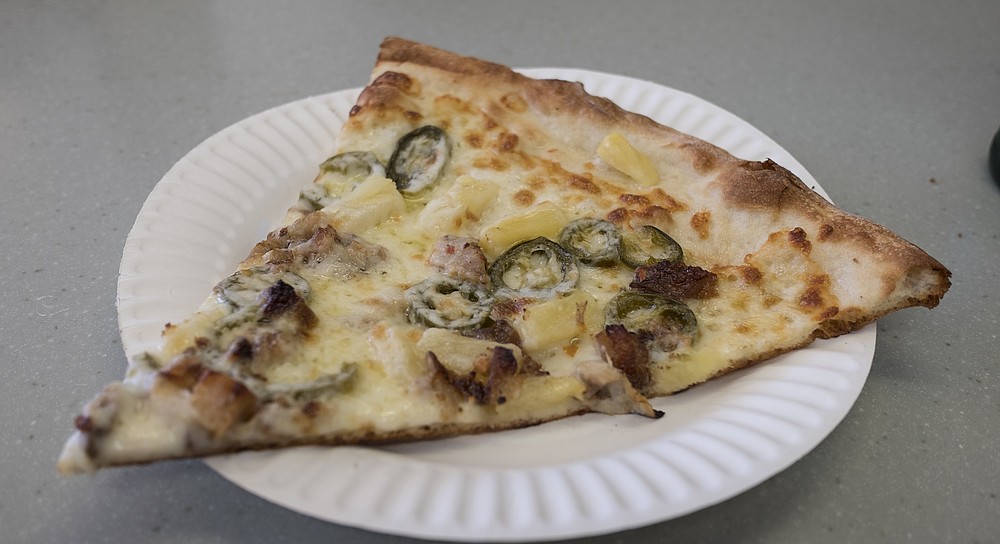 A lot of that has to do with the guys who opened the spot. Chef Mario Maruca's mobile wood-fired pizza kitchen, Caliano (a portmanteau of Californian and Italiano, like Maruca himself), has been become a food truck fixture at craft beer tasting rooms. Partner Brandon Brandon Zanavich brings prolific local restaurant experience, having worked with the likes of Carnitas' Snack Shack, Beerfish, and Luigi's Pizza. 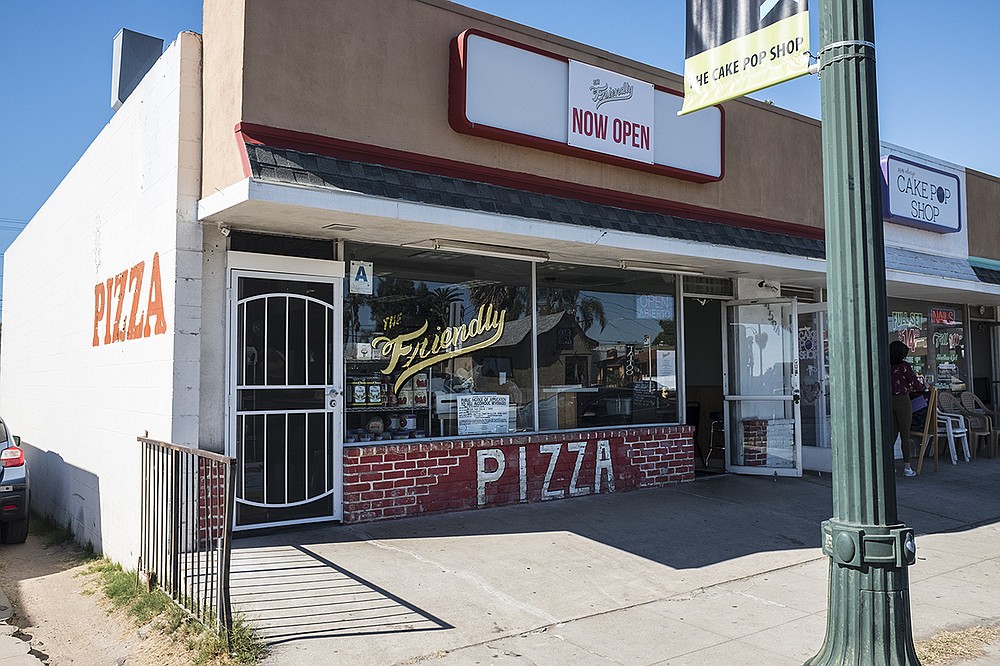 Still a pizzeria. Also a little more than that.

The Friendly's a small, low budget, diner. It reads like to sort of DIY pop-up shop you might expect to find in Portland, Oregon. There's no slick interior design, just a branded wall, and a handful of casual dining tables across from a long counter with barstools facing an open kitchen.

However, with the support from local chefs and beer industry folk, it's off to a hot start, and only promises to get better. A beer license is pending, and last weekend The Friendly kicked off the first of many planned chef collaborations — in this case featuring pork produced by Carnitas chef Hanis Cavin.

I found one of those in form of a white pizza topped with pineapple, jalapenos, and pork belly. The thin, crispy, crust is closer to New York than Italy, and when the red sauce is applied, it's rich with oregano.

These guys obviously have a strong pizza background, and The Friendly makes use of the D'Angelos pizza ovens to provide a creative mix of slices ($3) and whole pies ($21-26) including vegan pizzas and a buffalo chicken pie topped with smoked fried chicken skins

However, the shop's pizza business supports additional creative pursuits — such as another collaboration special that made a sandwich our of Cavin's pork rilletes. Daily specials posted to The Friendly's instagram account have included achiote pork katsu sandwich, a vegan veggie melt sandwich, and "Mexican candy" foie gras served with "strawberry pickled mangos" and green tomato jam.

It's not the sort of effort you'd expect from a pizza shop.

The Friendly seems intent to straddle the line between high-minded and low brow cuisines, and nothing may illustrate that better than its burgers. Daily specials include spruced up burger options topped by the likes of foie gras and quail egg. However, I went straight for the $5 standard: the so-called dirty flat top burger. It's a pair of small, thin burger patties grilled with onions and "the shittiest processed American cheese you can buy." It's got some dirty flat top charm, as advertised, and some of the goopy, melted cheese crisps at the edges.

I would not deem it — as some have already declared — the best burger in town. But it's enjoyable, suggesting these guys can dish it up even when they're not splurging on gourmet ingredients.

More to the point: my visit to The Friendly begged the question: when lunch is a burger and a slice of pizza, which is the side dish?