"He convinced her that it was a necessary...in order to get better." 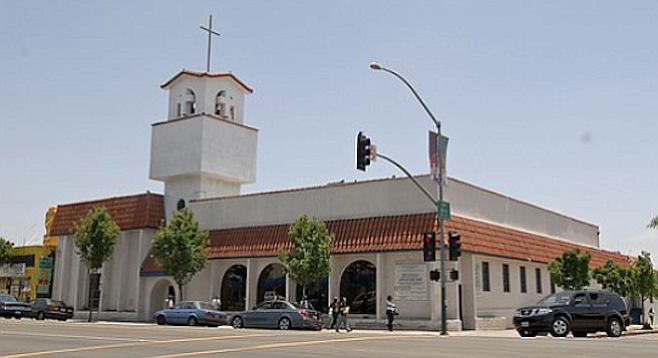 In a new lawsuit, an unidentified woman accuses pastor John Wright of the Mid City Church of the Nazarene of sexual harassment and rape.

It began in 2014 when the then-20-year-old woman (referred to as "A.M." in the lawsuit) and Wright met. Soon after they met, A.M. told Wright that a close family member had sexually abused her for a number of years. She said she thought she suffered from post traumatic stress disorder from the abuse.

Wright offered to counsel her in order to help her overcome her pain and suffering.

In 2016 she worked as a summer camp counselor at the City Heights church. During that time, Wright began sending her daily emails. He invited her to parks and coffee shops.

In 2016, Wright, whose wife was also a pastor at the same church, kissed her. Soon after, the two began having sex. He told her that the sex was meant to heal her wounds from her history of abuse.

Reads the lawsuit, "He convinced her that it was a necessary part of the healing process and that she needed to continue with the sexual relationship in order to get better."

The relationship lasted during the course of the following year. All the while, Wright allegedly sent A.M. lewd text messages and emails, all under the guise of trying to heal her.

The lawsuit claims that Wright used physical, verbal, and emotional "force" in order to convince her to continue the relationship.

She soon learned that Wright had allegedly made inappropriate advances to two other church members, and the church had known about at least one report of sexual harassment.

"The Church...authorized, ratified, and adopted Wright's behavior and further had advance knowledge of Wright's history and propensity for inappropriate and unwanted sexually harassing behavior and/or misconduct toward females yet continued to allow him to be in contact with females like A.M. in conscious disregard for her rights and safety."

The complaint will make its way through state court.

another wolf in sheep's clothing. Not all religion is a scam, but the inherent goodness and charity of some religion makes it a magnet for scammers looking to take advantage of people with faith. Perhaps crimes should be considered more severe when done by religious leaders towards those under their care.

All religions are a creation of man. Religion's purpose is control, control of what you think, say, do and control of your money. Faith does not need religion.

Besides the civil suit, why hasn't Wright been criminally charged? Is our new DA Summer Stephan asleep at the wheel?