“If I had intended to shoot Mr. Mulvihill, he would be dead.” 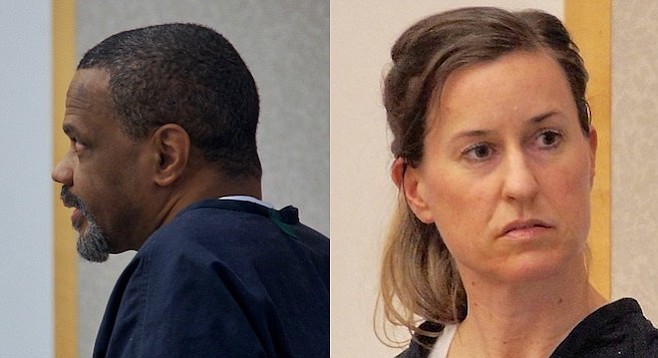 Diana Lovejoy, 45, and codefendant Weldon K. McDavid Jr., 50, both pleaded their innocence on the day of their sentencing, January 31. 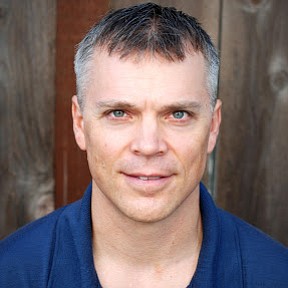 Photo of survivor Greg Mulvihill from his YouTube page.

Judge Sim Von Kalinowski ordered McDavid to serve 50 years to Life, and Lovejoy got 25 years to life, for their parts in a conspiracy to kill Lovejoy’s husband, Greg Mulvihill. McDavid, a former Marine, was a shooting instructor for Lovejoy, who purchased a gun in late 2015, according to testimony.

McDavid admitted firing the weapon that sent a bullet through Mulvihill’s torso the night of September 1, 2016. The targeted man survived the assassination attempt and testified during the three-week trial, which concluded in November 2017.

Lovejoy cried and tried to discredit her Aunt Diana, who had been a witness for the prosecution. Aunt Diana testified that her niece told her she wanted her husband Mulvihill killed and wondered if she might know someone who could do that. The conversation reportedly took place at a Christmas gathering in 2015. Lovejoy and Mulvihill were in the midst of a bitter, years-long divorce and custody battle at that time.

Lovejoy, who did not testify in her own defense, told the judge that she would never try to kill the father of her only child. Mulvihill was seated in the courtroom to hear the sentencing, and Lovejoy turned in her seat and looked toward him several times during her tearful 15-minute pleading to the court. Diana touched on many topics in her wandering statement, and she spoke of her previous love for her husband. Mulvihill has filed a civil suit against his now ex-wife; that case is set for trial in May. 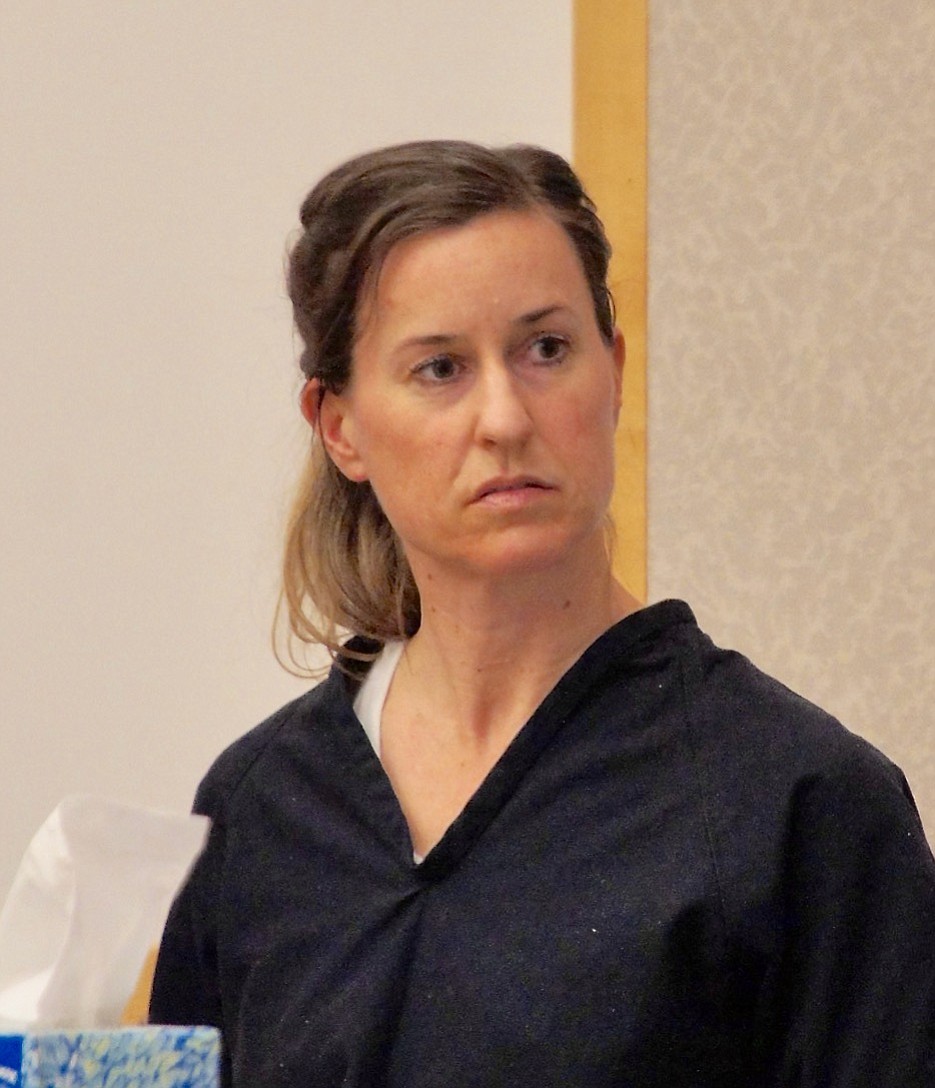 Diana looked toward her husband in the courtroom, several times.

Judge Von Kalinowski briefly responded to Lovejoy’s pleadings, noting that, “You said you had no voice in your trial; that was completely your choice.” The judge heard Lovejoy claim that she had used her computer to look up the next “new moon phase” because her son liked to look at the moon; the prosecutor claimed Diana was planning for that darkest night because McDavid requested it for “tactical advantage.” The judge pointed out, “A new moon is no moon, so if your son likes to look at the moon, why are you looking up no moon? That makes no sense.”

McDavid also spoke to the judge before he was sentenced. He complained about a sentencing guideline that had been prepared for the court. He observed, “They say I have no remorse.” McDavid asserted, “I did not mean to shoot Mr. Mulvihill.... There was no intent to kill; that’s not who I am.” He insisted that if he had intended to shoot at Mulvihill, “there is no way I could miss by more than two inches.” 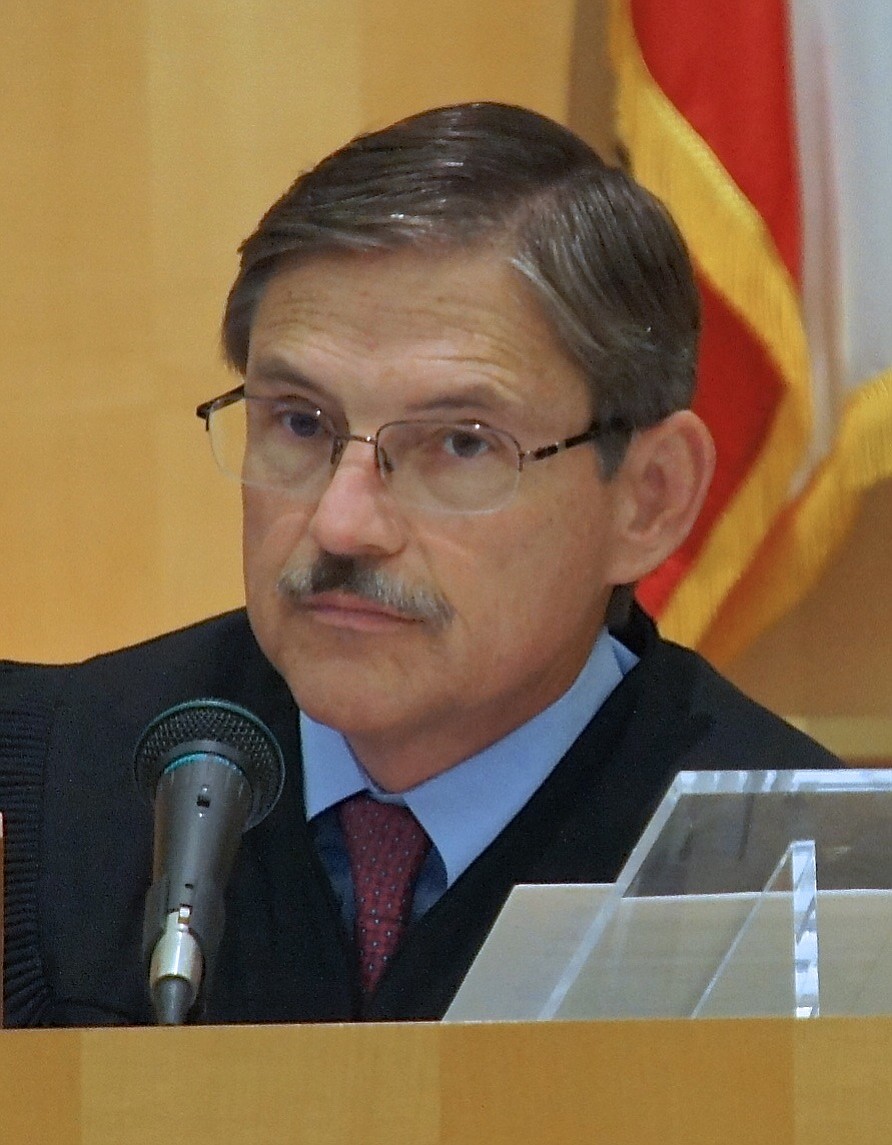 Judge Sim Von Kalinowski listened to their pleas then sentenced them to prison.

He repeated what he had told the jury during trial from the witness box: “I shot at the light, as I stated.” Mulvihill said he was holding a bright light in one hand the night he was shot. McDavid claimed that it did not affect his shooting performance when Greg turned to run away: “Turning does not change the trajectory of a bullet.” Part of McDavid’s defense seemed to be that he was too good a marksman to miss his shot: “If I had intended to shoot Mr. Mulvihill, he would be dead,” he told the court. McDavid spoke for seven minutes to the judge.

The day of sentencing was delayed twice; yesterday was the third date scheduled. Attorneys for both defendants had filed motions for new trials and requested the court to set aside the jury’s decision. Von Kalinowski denied those motions before he pronounced sentences.

Our prisons are full of people who claim their innocence. Just because McDavid muffed the shot does not make him innocent. Lovejoy is claiming innocence while blaming the victim. The defense motions for setting aside the jury verdict and requesting a new trial is standard defense procedure. Like pleading not guilt at arraignment asking for a new trial etc. is just part of the system. To continue to the appeal process the defense must file those motions before the judge. If McDavid and Lovejoy ever get out on parole they will be too old to be a threat to society. Good riddance.

It does appear that defense attorneys file motions before sentencing, to set aside the jury verdict and request a new trial, as standard routine. 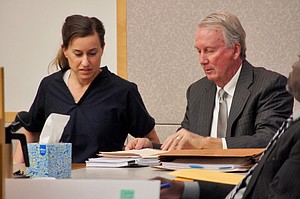 No refrigerators full of healthy goodies where she is going.

Perhaps Diana Lovejoy will be able to instruct the other female prisoners on healthy cooking, eating, living. 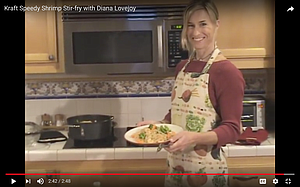 Diana made a YouTube video. screen grab by Eva Knott

If she goes to Chino she can trade recipes with Betty Broderick. Or if Chowchilla has room for her, she might meet Kristin Rossum or former Carlsbad resident, Julie Harper.

Those motions were to be expected, and as expected the judge denied all of them. Her protests were too little and too late, as the judge pointed out. So, the court was treated to the usual claims of innocence. As to an appeal, it might succeed, although few do. If one or both manages to get a reversal, the DA should retry the case. These excuses just don't wash. McDavid claims that he was such a good shot that if he'd been trying to kill he would have. In the dark, and especially with a light pointing at him, his aim could easily have been off. But the bigger matter is just why he would lure the victim out into the dark countryside and then meet him armed with a rifle. Oh, that was for self-protection. They must think people are utter fools. A few might buy that story, but the jury sure didn't. Stupid, stupid, stupid.

This judge, the Honorable Sim Von Kalinowski, is so soft-spoken and polite you almost don't realize he just sentenced someone to Life in prison. He is also very aware and always paying attention, he often notices little things that hurried by during proceedings. His cases are always interesting. 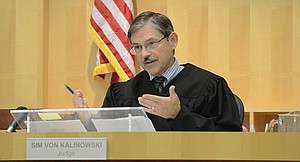 Some judges don't even use a gavel, nor speak loudly. That's TV stuff, because it's more dramatic.

why did the marriage break up and the divorce so brutal?

why was their divorce so brutal?

You can't kill your spouse because the honeymoon phase ends and you realize what's left is a lot of marital abuse and only a little money to split in half. Walk away and start over.

Mulvihill, now 49, married Diana Lovejoy in 2007, they separated in 2014. After an ugly two-year custody battle over their son, in 2016 the court judgements started going against Diana. Courts demanded Diana to start paying child support for then-four-year old child, plus Mulvihill won equal visiting rights with his son, and Diana was to pay $120,000 to finalize their divorce. About this same time Diana bought a gun, and began having conversations with Weldon McDavid, who worked at a shooting range in Oceanside, California. Greg Mulvihill was shot on September 1 2016, and he survived. In January 2017 Mulvihill filed a personal injury suit against his ex-wife and her lover. At the end of a jury trial, on November 13, 2017, Diana Lovejoy and Weldon McDavid were both declared guilty of attempted murder and other felonies. They are now in prison, working the California appellate system for their criminal case. 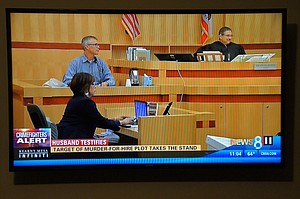 The intended victim survived to testify. by Eva Knott