The value of prime tacos 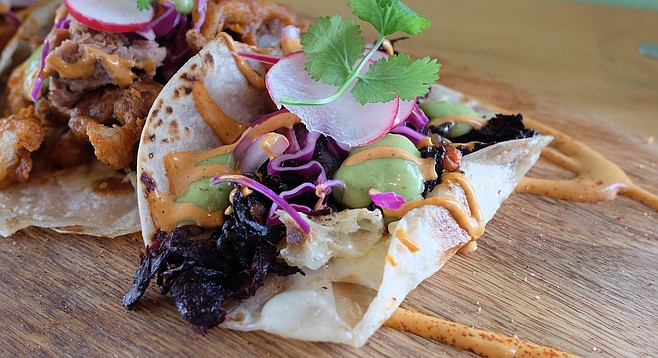 The value of Mexican food in San Diego keeps rising.

I don’t mean the cost, because the costs at all our restaurants have been going up alongside property values, energy costs, and minimum wage hikes (they get another bump in the new year, to 11 or 12 dollars per hour, depending on the size of the business). 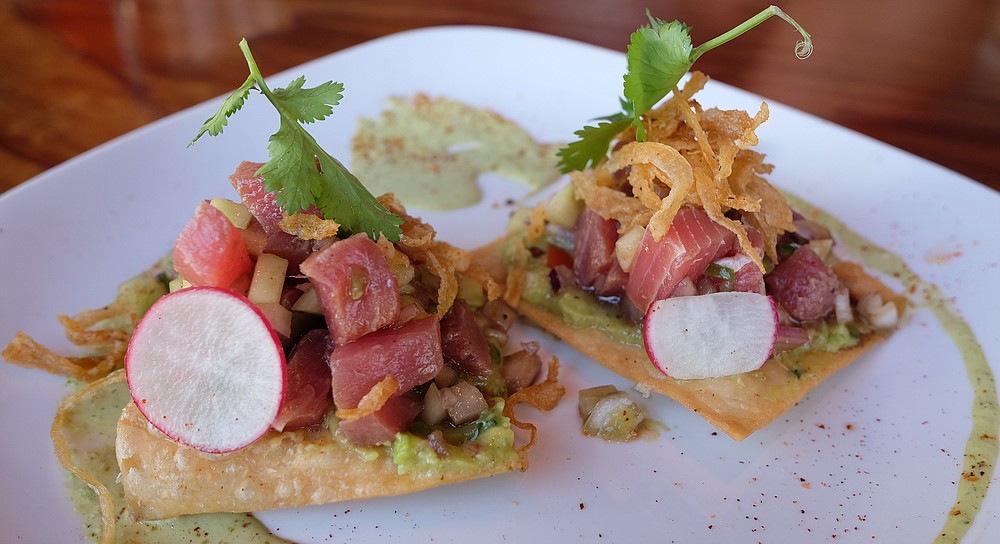 Tuna tostadas at the former site of Tostadas North Park

By value, I mean more eateries are unbinding themselves from the unfair expectation that casual Mexican food should always be cheap. That doesn’t mean all the burrito shops should rush out to double their prices, though for many I’m sure it would be justified. But we can be grateful for buck-and-change tacos at the same time we appreciate the new generation of restaurants pushing our expectations upward. 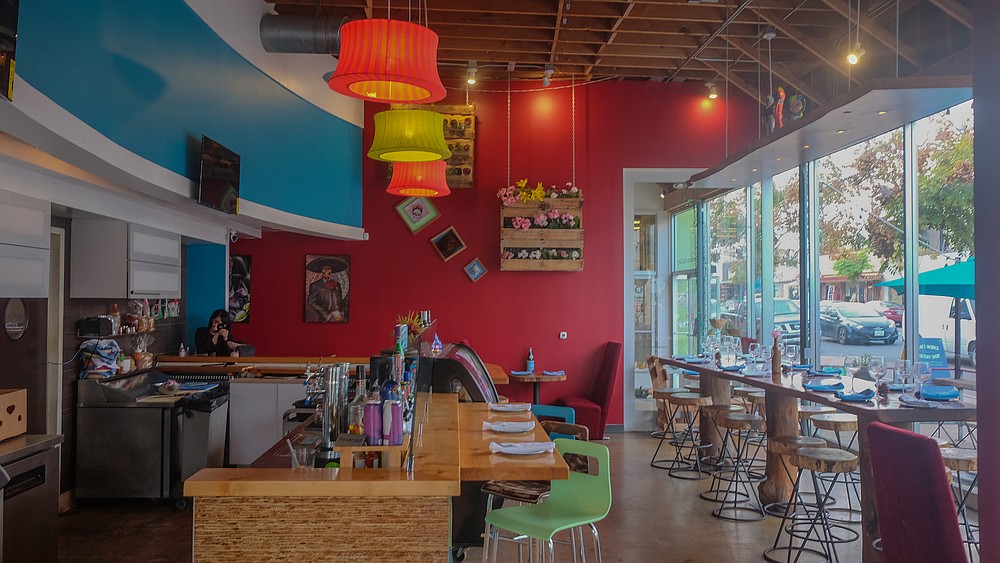 I’m thinking about a new spot in North Park, La Catrina Tapas & Cantina, and its tacos that go for 10 or 12 dollars a pair.

The small table service eatery took over a location occupied by Tostadas North Park, retaining its brightly lit, fast casual layout, while adding fresh paint and decorative touches. The bar counter remains, along with personal and communal dining furniture. I even found lovely tuna tostadas listed among the menu’s “house favorites.” The restaurant’s duo of Mexican-born chefs cite the food scene around Baja’s Valle de Guadalupe wine region as influence, but the first thing that catches my attention is the pairing of two words: prime and ribeye. 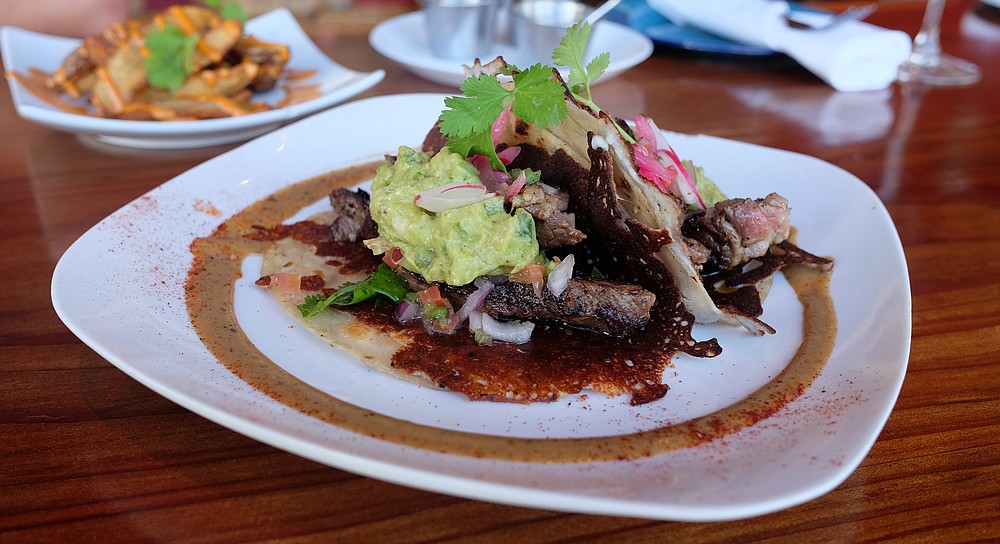 Ribeye tacos and a ring of bone marrow jelly

While half the menu is made up of tacos and ceviches, the other half is composed of sharable plates and entrées, including 10 ounces of prime ribeye served atop a block of Himalayan sea salt, with fries, for $26.

Now, if you spend $26 at a regular taco shop, you may walk away with five pounds of burrito. If you spend $26 at a prime steakhouse, you can afford to sit at the next table from someone dining on prime ribeye while you fill up on celery and bread service.

Despite the value of that steak entrée, those of us conditioned to make a meal of Mexican food for less than ten dollars may be inclined to stick to the taco menu. So that’s where I picked out my order of prime ribeye: in the ribeye and bone marrow tacos, listed at two for $12.

I take the restaurant at its word this meat is prime, but its texture and flavors definitely taste of a much higher quality than typical taco carne. The bone marrow has been puréed into sort of a jelly, stylishly drizzled in a circle surrounding the tacos, served with guacamole, red onions, and griddled cheese on made by hand flour tortillas.

What a joy to eat! What a joy to pay 12 dollars for! What a value to find quality ingredients contributing to the excellence of Mexican food (ahh, there’s the Baja influence!).

But La Catrina doesn’t merely lean on prime meat, or its ribeye and shrimp surf and turf. Another of my favorite tacos here is vegetarian. Called flor de jamaica (hibiscus flower), this unique taco marries the distinctive hibiscus flavor with that of eggplant, mushrooms, and garlic butter. I’ll need to eat a dozen of them before I understand just how all these flavors and textures work together to create such a fantastic meatless meal, but I do feel up to the task.

I’ll still get my fill of six-dollar, late-night burritos in this town, because Mexican food is a favorite global cuisine even when it settles for bargain fish and cheap cuts of meat. But La Catrina does not, and I’m more than happy to pay for the difference.