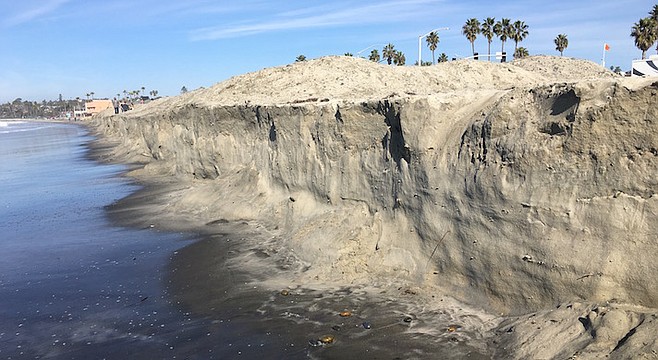 Christmas Day was not kind to the beaches of San Diego County. The strong wind and rainy day saw ravaging king tides, which washed away sand and flooded parking lots and low-lying areas. 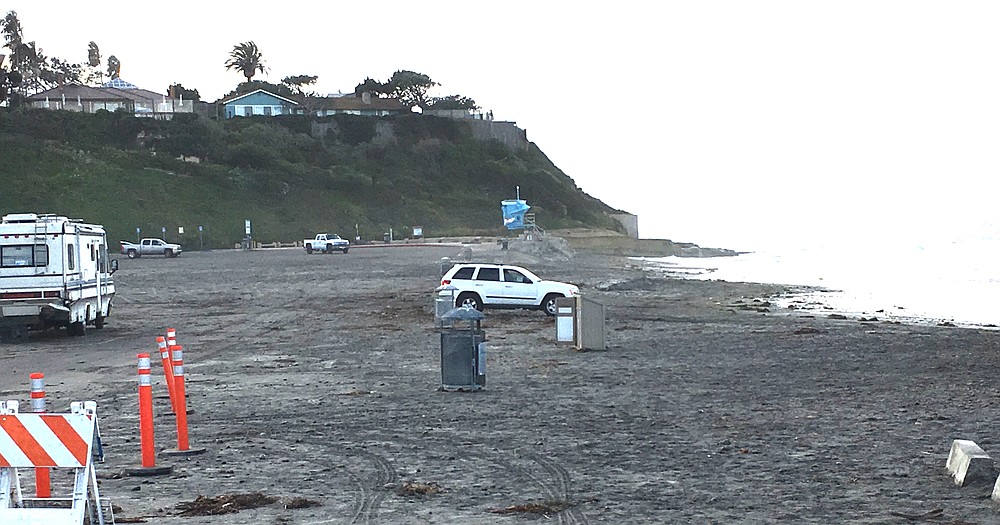 Christmas Day Seaside Beach in Cardiff by the Sea suffered sand and rock damage over one half of the low-lying parking lot.

The National Weather Service issued a December 25 alert for area beaches, which lasted through Christmas night. “A LARGE FRESH WEST-NORTHWEST SWELL WILL GENERATE ELEVATED SURF TODAY. HIGHEST SURF WILL OCCUR ALONG THE SAN DIEGO COUNTY COAST. THERE COULD BE MINOR COASTAL FLOODING THIS MORNING DUE TO THE COMBINATION OF THE HIGH TIDE AND SURF,” read the bulletin.

The warning added, “WAVES AND SURF...5 TO 7 FEET WITH SETS TO 8 FEET. * TIMING...THROUGH THIS EVENING. * HIGH TIDE...6.2 FEET AT 10:16 AM PST AT LA JOLLA. * IMPACTS...INCREASED RISK OF DROWNING DUE TO ELEVATED SURF AND STRONG RIP CURRENTS. MINOR FLOODING OF LOW-LYING BEACH AREAS POSSIBLE DUE TO TIDAL OVERFLOW.”

Seaside Beach in Cardiff by the Sea suffered sand and rock damage over one half of the low-lying parking lot. Just south of the Chart House restaurant, massive amounts of recently replaced sand from dredging the San Elijo Lagoon has washed away, losing five to eight feet in depth.

Sand and debris were pushed up on to a parking lot at Cardiff State Beach. The town’s annual Christmas Tree by the Sea, a decorated tree placed on the beach was knocked over due to the high tide, and lost most of its decorations, but someone had shored it up by nightfall.

The highest tides over the last week have hit in the morning hours. Similar daytime warnings are expected through January 2, the day the earth will be the closest to the sun, the cause of this round of increased global movement of ocean water. However king tides on the Pacific Coast usually happen in late spring or mid-summer.

With higher-than-normal tides expected to continue, it may be weeks before state park maintenance crews attempt to clean off the Cardiff parking lots, having some of the same damage at state beaches along the Southern California coast.

So? Coast erosion is normal.