The man never asked for money 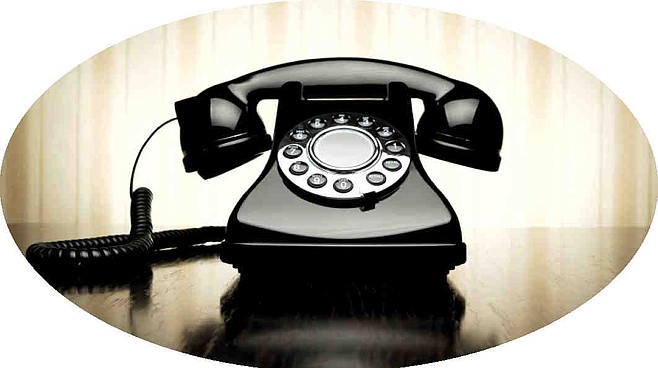 A new telephone scam may be circulating around San Diego. On December 19, 68-year-old Vickie Harjo, of Fallbrook, received a phone call from the "Medicare office" stating her Medicare coverage will expire on December 25.

She told the man, described as having a Spanish or Indian accent, that he was a scammer. What threw her off-guard in her brief conversation, before the man hung up: he individually spelled out each letter in her full name, including her middle name. He wanted acknowledgement that she understood her Medicare coverage would be ending.

It scared her enough to call the Medicare office. She was assured her coverage was in force and not expiring.

Spokesperson for the San Diego County sheriff’s department, Lt. Karen Stubkjaer, said she had not heard of this activity but would be checking with other departments. Lt. Stubkjear stated Mrs. Harjo did the right thing. “People should not give personal, identifying information over the phone. They should hang up and then call officials.” In this case, the Medicare office.

Interesting, unlike other reported phone scams, the man on the phone never asked for money. It is speculated that in the heightened awareness of the recent open enrollment period for subsidized medical insurance (Covered California and others) and the busyness of the holidays, that the scammer was trying to get Harjo to switch coverage, or sign up for what would be a fly-by-night or non-existent Medicare plan. It's assumed she would have been asked for payment at that time.

After Harjo contacted me, she received two more phone calls from the same company – a 619 and toll free 877 number. Numerous return calls to both numbers got a busy signal, indicating they are probably active lines, and not non-existent phone numbers used by robo-callers.

A twist on all the annoying solar panel and "pain reducing brace" calls people with landlines get.

This was her cell phone. They are happening more and more as phone list, cell or landline, got sold over and over again.

it often doesn't matter if you have Caller ID and Google the phone number. Most scammers either block their number, or better yet, use Spoofing apps (like SpoofCard) to project a legitimate phone number on your ID display. You can make it appear as if you are calling from any number including a government number.

Not being scammed these days requires sufficient critical thinking skills.