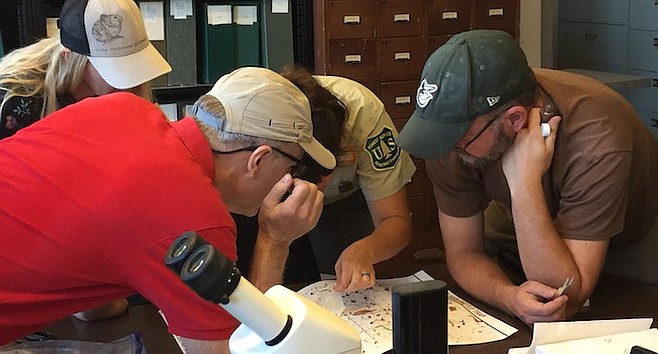 Native to Southeast Asia, the shot hole borer beetle is making its way along the southern Californian coast including the San Diego River Valley. Though it makes what appears to be only a minuscule hole, the beetle is a major menace. Females bore into trees, then farm a fungus inside to feed their young. The fungus disrupts water transport, causes branch dieback, and can kill the tree. The destructive power of this tiny (1.5-2.5 mm) insect is already evident in the Tijuana River Valley, where thousands of trees became beetle hosts in 2016. 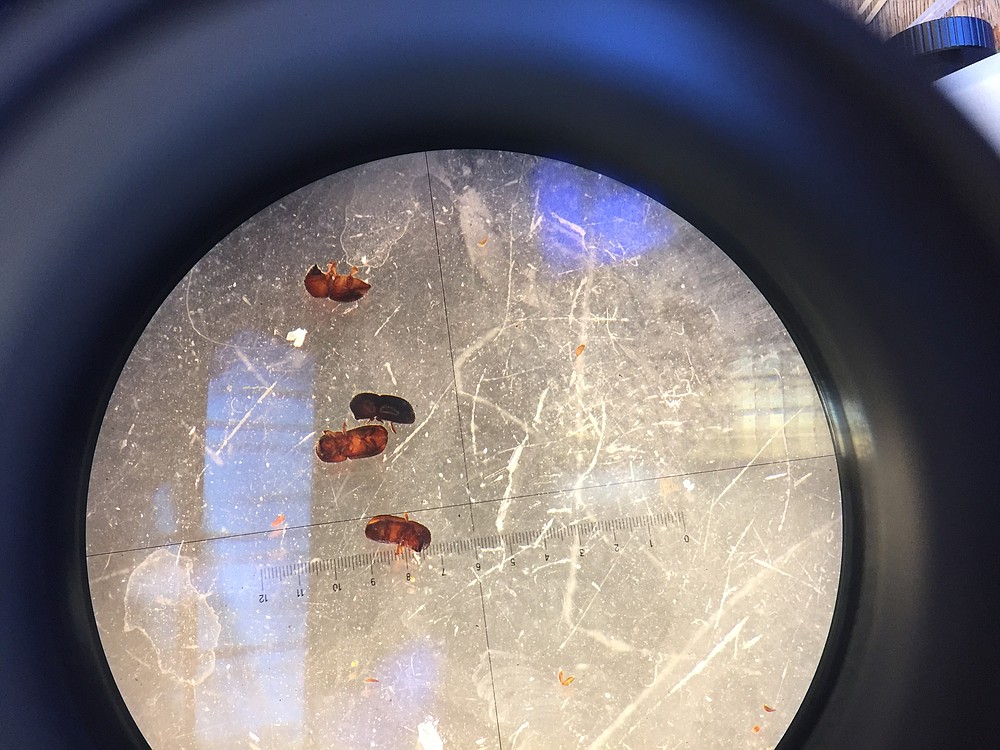 “Unfortunately for us, they’re amazingly good at what they do,” said Lauren Marino Perez, citizen science manager at the San Diego Natural History Museum. 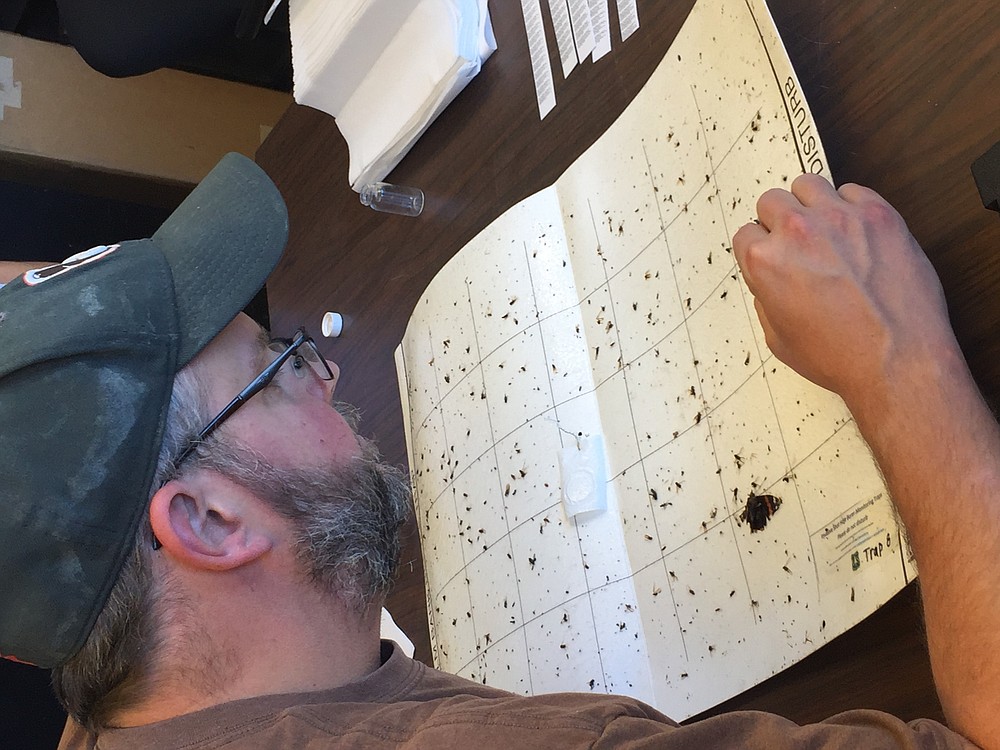 Females bore into trees, then farm a fungus inside to feed their young.

Discovered in October by citizen science volunteers working with the U.S. Forest Service, the San Diego River Park Foundation, and the Nat, presence of the beetle in the San Diego River watershed means probable habitat loss for endangered animal species. The Bell’s vireo and the willow flycatcher nest in riparian habitats (next to a water source), where Perez said healthy “soggy root” trees are vulnerable.

Andrea Hefty of the Forest Service said most riparian hardwood species are at risk. Some species, like the willows in the Tijuana River Valley, might be able to re-sprout. Mature California sycamores will not.

In late August, after a day of training, a group of 22 volunteers fanned out along the San Diego River watershed from Lakeside to the Famosa Slough near Mission Bay. The volunteers set up 25 sticky baited traps on metal poles, close, but not too close, to native trees like sycamore and willow —potential hosts for the beetles. Private land owners along the river gave permission to conduct the study on their land.

“We had to stake traps every mile,” said Perez. “We wouldn’t have been able to carry out a study of this scale with the limited staff of our three organizations. We were blown away by the willingness of people to help with this survey.”

Two months later the volunteers—aged 14-74—gathered the traps and brought them back to the lab at the Nat in Balboa Park. They peeled off hundreds of bugs and put them under the microscope. 15 traps were positive.

“There is potential for these beetles to go after healthy ornamental trees in folks’ backyards,” Lauren said. Many tree species present different signs and symptoms of beetle presence.

Members of the public can visit this site for help identifying shot hole borer beetle damage.

Thus far the only mitigation technique on forest lands is to cut down affected trees and set the dead limbs or woodchips aside to bake in the sun. Moving them can spread the fungus and the beetles. Growers have used chemicals in commercial avocado groves affected throughout Southern California, but this method is not appropriate for wild spaces.

....And their favorite bar to drink at is "Shotkickers."

Thank you! I'll be here all night!