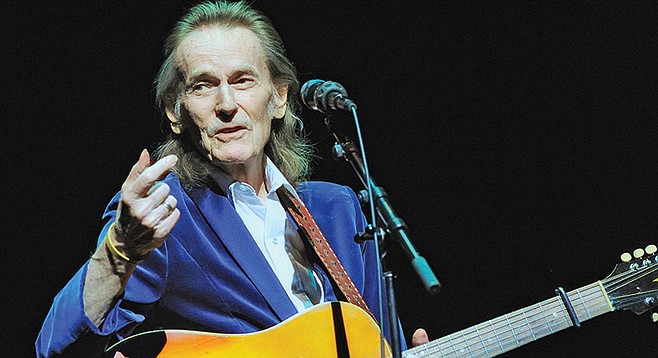 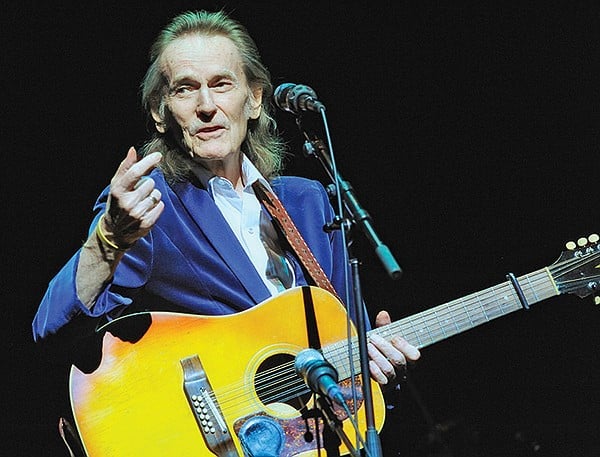 I realize that all the morbid online dead pools are betting on the upcoming tours by 76 year-old Paul McCartney (coming to Petco Park June 22), John Prine (now 72), and/or the Rolling Stones (70s-and-up) as frontrunners for Most Likely to End in Death (some pools include the purported farewell trek by Kiss, but only if Peter Criss rejoins). It’s hard to count anyone out of the concert game, though, when one notes that 80 year-old Gordon Lightfoot is already booking dates well into next year, including a short spring tour that brings him to the Balboa Theatre on March 13. It’s his first time playing the restored downtown hall, after spending the last decade favoring Humphreys and occasionally the Belly Up, but the storied stage would seem best equipped for his whispery brand of storytelling folk, especially with its acoustically superb sound. It’s also one of the few venues downtown (other than Spreckels and Symphony Hall) even older than Lightfoot. “We love to work while the sun shines,” says Lightfoot in the tour announcement, “because the night will come when you may no longer work. That was from Dylan. I love doing the shows. The ship of state is still afloat, and I’ve still got the vocal, and the desire.” Hopefully, that means he hasn’t tired of doing the requisite biggies from 1970 to 1976 that everyone will expect and demand, such as “If You Could Read My Mind,” “Sundown,” and his own masterwork of morbidity, “The Wreck of the Edmund Fitzgerald.” 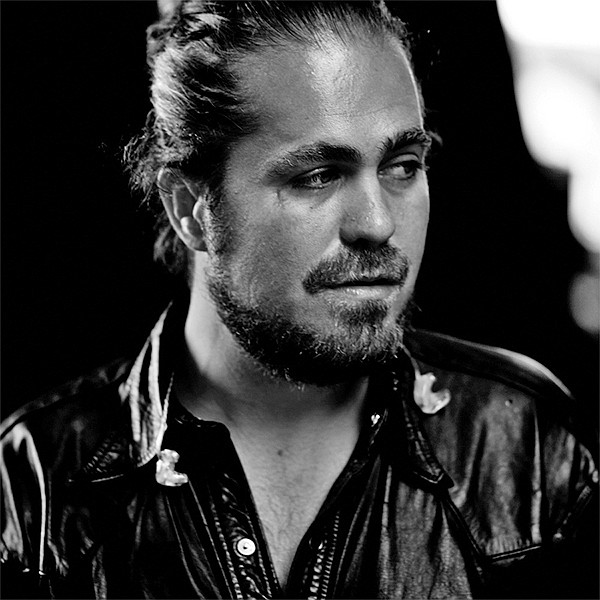 Heroin and Helicopters, the first new album from Citizen Cope in seven years, doesn’t drop until March 1, but he’s already announced a headline tour that includes a March 30 date at Observatory North Park. The lead single, “Justice,” is streaming online, a sunny bit of psychedelic pop that kicks off like a late-60s Beatles track, all vintage synths and baroque horns. Things grow even more Beatlesque as he sings happily of how “I found this brand new light, something within me all my life.” All that’s missing is the “goo-goo-katchoos” as he slips into a melted mantra of how “Yeah, still my love will be received, better yet still my heart is in need of release.” The last few times the Washington DC singer-songwriter, now based in Los Angeles, played our city, it was either as a solo or duo act. This time, he’ll be accompanied by a full band in order to bring to life an album that he says deals with his “personal struggles with religion, political manipulation, hollowness in the entertainment world, and spiritual enlightenment.” 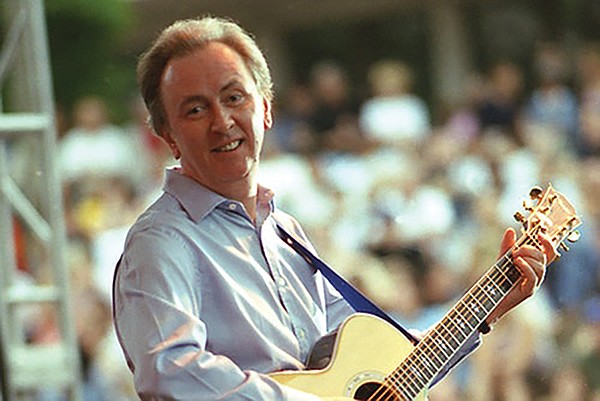 Al Stewart is another performer now in his 70s whose setlist, by popular demand, is punctuated by his own 1970s heyday hits, most notably “Year of the Cat” and “Time Passages,” which by themselves account for several million records sold. He’s been associated with the annual music lineup at Humphreys since the outdoor venue’s earliest seasons, though he also began turning up at the occasional nearby casino a few years ago. Earlier this year, he did a classic album performance at the Belly Up that apparently made all concerned very happy, because the Solana Beach club is bringing him back on April 3 for what’s being billed as a Greatest Hits Show. Pretty much all of his non-album concerts for years have qualified as greatest hits presentations, seeing as how his only full-length over the past decade was a live album. However, consider that the Glasgow-born folk rock troubadour recorded nearly 20 studio albums between 1967’s Bedsitter Images and Sparks of Ancient Light in 2008, and nearly every one of those releases spawned a “hit” somewhere in the world, so there’s a fairly broad potential for setlist selections. The possibilities are even more expansive due to this tour including his full backing band, the Empty Pockets, who accompanied him for the classic album performances staged on his previous tour. 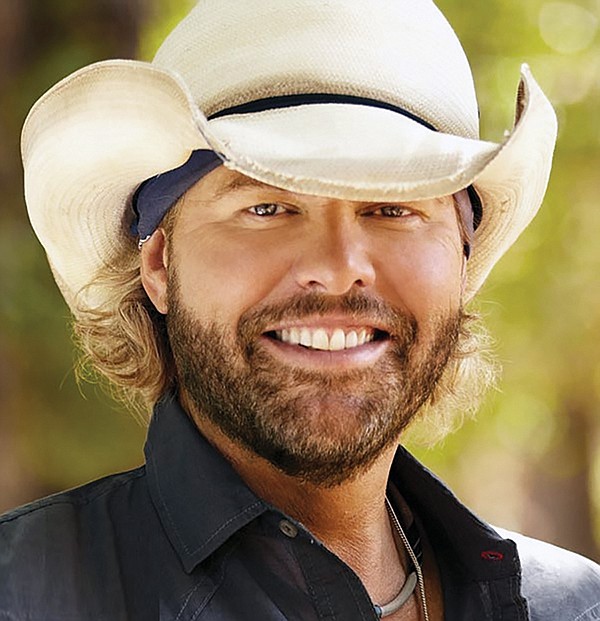 The folks who book the county fair each year at the Del Mar Fairgrounds usually announce the majority of headliners all at once, most of them free with admission. This year, they’re rolling out the announcements one by one, perhaps because next year’s slate seems to include more ticketed events than usual (though most concerts do match the free seating with a small selection of reserved premium tickets). The newest confirmed booking is Toby Keith on June 14, on the Corona Grandstand Stage. It’s only his second time at the Fair (he usually plays Chula Vista), and last year’s appearance was cited by many as the highlight of the annual event. From “Should’ve Been a Cowboy” to “Red Solo Cup,” few country acts know how to build, grow, and maintain a faithful audience for as long and successfully as Keith has. If you think going from huge outdoor arenas to a county fair is some kind of career digression, you obviously haven’t been to a fairground concert lately. There are legacy acts putting their grandkids and great-grandkids through college with the cash earned between booths hawking fried Oreos and funnel cakes. To “end up” on a Del Mar grandstand stage is no more of a failure than taking a break between full-lengths to release a greatest hits album. When that many people are offering you money to hear the same hits over and over, giving the people what they want is more sell-through than sellout.