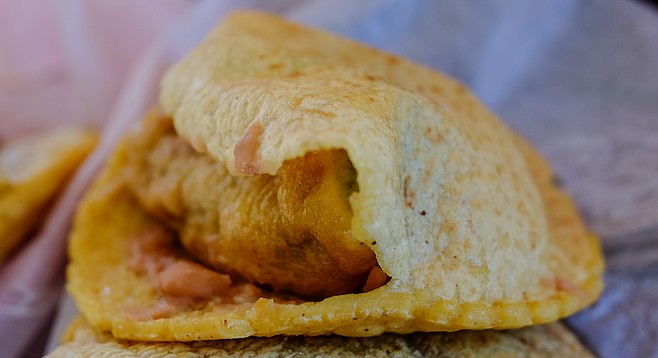 If you watched a lot of Taco Bell commercials in the late 90s, you might have been left with the impression that gorditas are large tacos made with pitas instead of tortillas. However, like a recent Harris Poll declaring Taco Bell “The best Mexican restaurant” in the U.S., that’s at best a re-branding of the truth. In short, the Harris Poll has about as much credibility as a talking chihuahua.

To enjoy the delicious morsels more accurately described as gorditas, I head over to National City, to a restaurant that makes them a specialty: Gorditas Don Andres. The small, counter service restaurant stands out on Highland Avenue with a standalone storefront topped by green ceramic tiles and the word “gorditas” in giant orange letters. 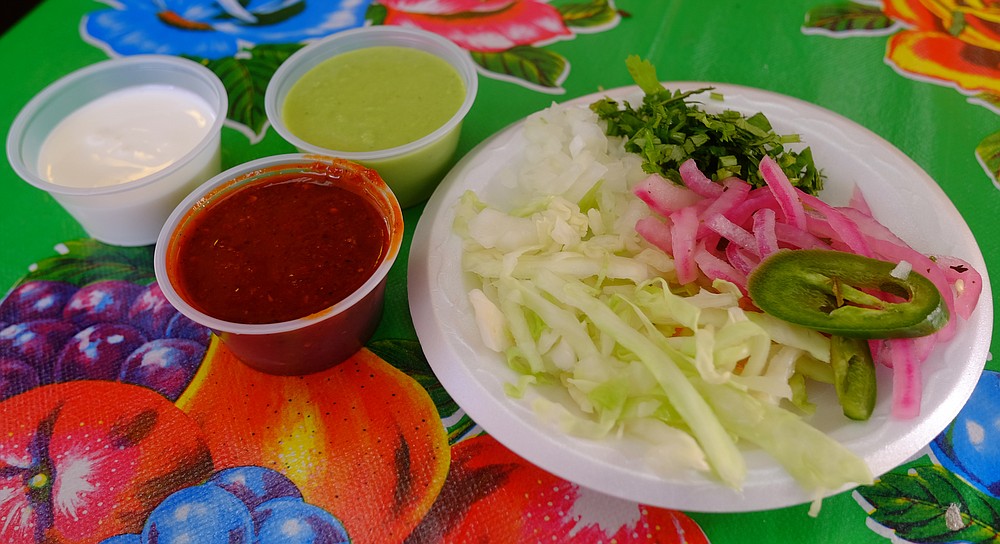 Gorditas do resemble tacos, but have only a conceptual connection to pitas: they basically apply the idea of pocket bread to corn tortillas. With gorditas, the pressed masa forms a pocket to be filled with whatever stewed, braised, or grilled meats and vegetables may be available. 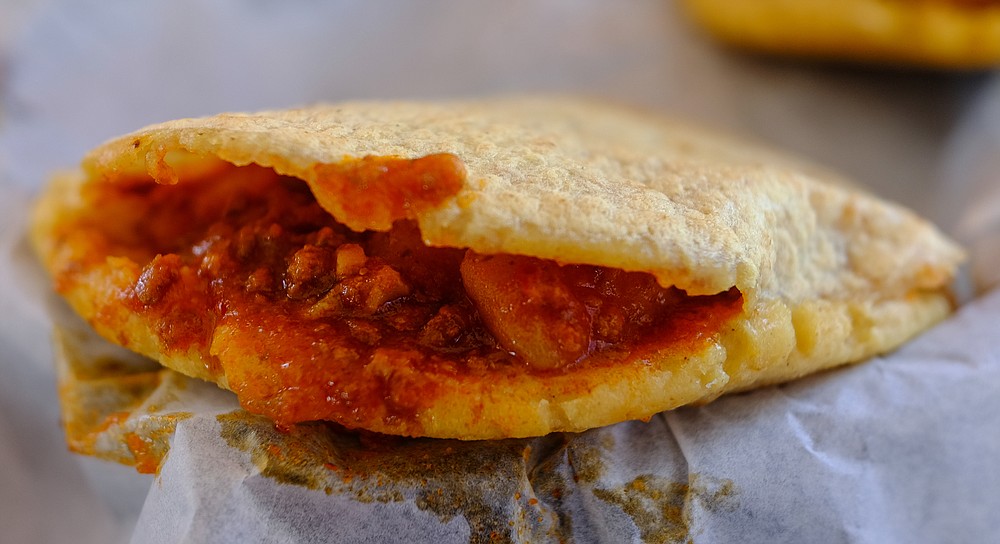 At Gorditas Don Andres, quite a number of options are available, over a dozen, including a choice of usual taco shop suspect such as carne asada, al pastor, or refried beans, plus nopales, chorizo and potatoes, and tripe served on weekends. Here the pockets are made by fusing together two tortilla discs. One is thicker than a standard corn tortilla, verging on a quarter inch, forming a base. The second, similar in size but thinner, is sealed around the edges of the first, creating a hollow cavity between them, left open on one side for easy stuffing. 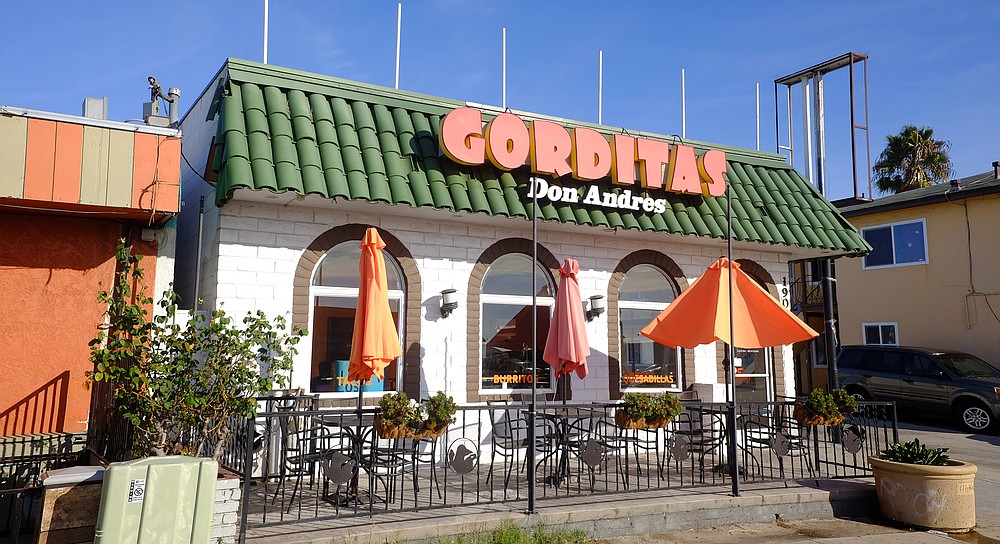 Easy to spot on Highland Avenue

Flavorwise, the resulting dish differs little from a taco, with a bit of upside. There’s generally more meat or veggie filling the sleeve than you’d get on a street taco, for example, and more masa too. It’s a true pleasure to sink your teeth into the nutty savor of that thick bottom tortilla and chew. Given these range from $2.75 to $2.95 apiece, they make a good bargain.

If there’s any downside to eating a gordita over a taco, it’s that they are tougher to handle, making them messier, at least in my hands. To be fair, much of this has to do with my embrace of Don Andres’s excellent salsa bar, which also includes cabbage, cilantro, onions, pickled red onions and jalapeños, and squeeze bottles of both avocado salsa and crema. Once I dressed an already very saucy chicken mole gordita with salsa and fixings, there was little chance the mix of spicy and sweet liquids were going to contain themselves. The seal between tortillas didn’t always hold when I bit down, opening a hole in the pocket and spilling some of its contents onto my tray.

I offer this mostly as a warning to the well-dressed. Any who ascribe to the notion, as I do, that messy tacos often make the best tacos, will find it a palatable risk. And some fillings prove messier than others. My chile relleno gordita, which included a thick smear of beans, held together well.

My personal favorite is the picadillo gordita, featuring a stew of ground beef, red chili, and potatoes. It eats like a spicy sloppy joe. Or, as Taco Bell would call it, a Bell Beefer.