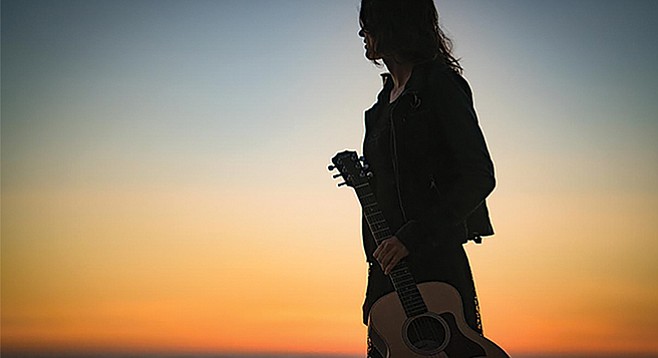 “The whole Germany tour came together like magic,” says Sister Speak frontwoman Sherri Anne (whose grandmother was German). “People still came out, even during an extraordinary heat wave. I played at a rock and blues bar with a local drummer in Berlin for the last show, and it was like a sauna inside. Still, people stayed for three sets, sang along to every song they knew, many they didn’t know, they yelled along. It was a riot.”

The tour came about as a result of the band playing a blues jam in Berlin earlier this year, where they met German blues artist Big Joe Stolle. “When I got home, he so generously offered to book a tour for Sister Speak in the summer. He joined [our band] as special guest on each set on harmonica and guitar. Such a genuine soul.”

For dates in Cologne, Falkenberg, Leipzig, and Berlin, they were supplemented by Berlin-based drummer Todd James, who had played with them at the February blues jam. At this writing, the group is touring Sherri Anne’s home country Canada.

All the gig activity is a prelude to the release of a new folk-electronic EP The Stand. “This will be Sister Speak’s most experimental release to date,” says Sherri Anne. “The album was recorded with Avli Avliav, whom I met after we opened for Air Supply in San Diego. Avli was playing keys for Air Supply that night. The album cover art was taken during a two week trek with friends through Peru and Bolivia, a spiritual journey where we filmed the music video for first single… most of the footage is from Peru, and the cover art is a photo in Bolivia [taken by Jill Dedman].” 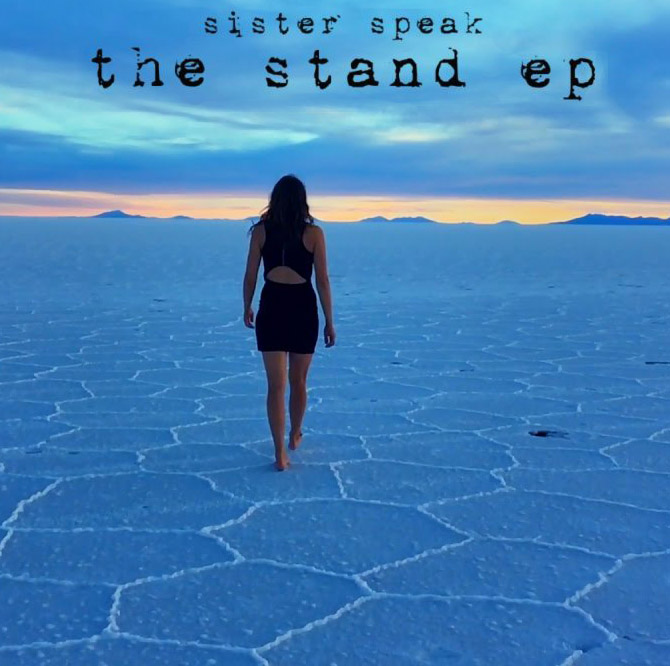 Filmed in Peru and Bolivia at Machu Picchu, Cusco, Puno and other sacred sites

The title track, “The Stand,” was written on a rooftop in Mexico in the wake of a tropical storm during Sister Speak’s first international tour. “The song is filled with an insurmountable flood of emotion about what had happened to so many of the earth’s most gorgeous places. Mostly a result of imperialism and aggressive religious pursuits.”

Mixed locally by Alan Sanderson, the EP features rising local star Tolan Shaw as guest player and co-songwriter on the track “Catch Me As I Fall.”

Sister Speak and Veronica May

“As a solo act, duo and band,” says Sherri Anne, “Sister Speak aims to share message-driven music and support the authentic expression of the woman’s voice through music.”

The band’s September 26 homecoming show at the Belly Up doubles as a record release party for the EP. “This will be the first time Sister Speak performs the entire EP live with the full band,” says Sherri Anne, “and the date the new EP will be available to the general public.” The Six String Society bill also includes the Veronica May Band and Jimmy & Enrique.