“Trees are sentient beings, our partners. We need them” 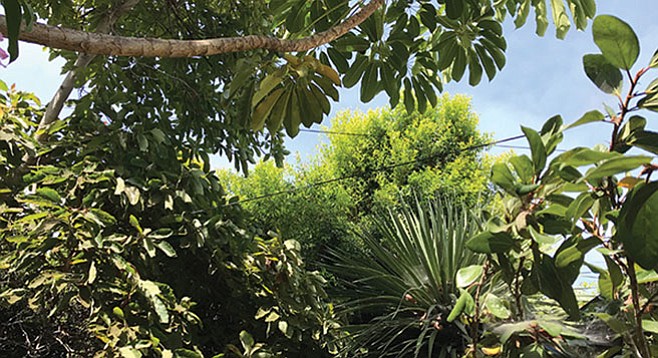 Aah, trees. They symbolize life. They cool down a warming planet.

They drop a lot of stuff on your sidewalk.

Like, every morning when I head out for a coffee, I’m treading on seed-husks and berries, from the trees lining my alley. I have to scrape my flip flops on the sidewalk lip. 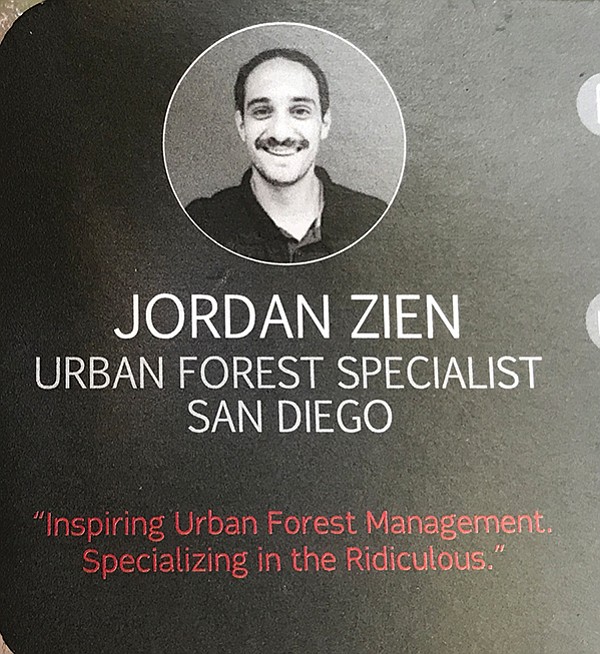 No biggy, but this is the kind of thing Jordan Zien, who’s an urban forest specialist, has to deal with on a daily basis. The little things. Because he’s, like, the tree guy, the doctor who makes things right between trees and people. “I go around, property to property, apartment complexes, business parks, golf courses, taking a kind of census,” he says, “writing up their tree stock, assessing each tree’s needs, recommending pruning or reducing the crown, or raising it. I create a one- to three-year plan. Maybe select trees to plant. A lot of owners want trees that don’t grow seeds or cones, or stay green longer, or flower, or have bigger leaves. Of course, bigger leaves and blossom means more color, more shade, but also more mess. Because trees are just like people. Some need more attention than others.”

Zien, whose card says “Inspiring Urban Forest Management, specializing in the Ridiculous,” works for A-Plus, which means “Arbor Plus.” He admits that, yes, particularly HOA folks do sometimes complain about the amount of water trees drink (a lot) and falling palm fronds. They also for trees that don’t constantly drop leaves the maintenance man has to sweep up.

It’s a problem of enlightened times. Cities set numbers of trees that must be planted, to cool the pavement, ease the eye, and give refuge to birds. “The problem,” says Zien, “is they give refuge to wood-boring beetles too.”

And make no mistake, Zien says, ambrosia beetle boring bugs have invaded the area, bugs like the tiny polyphagous shot hole borer. They rarely have natural enemies here, so their populations explode, to the degree where even the dreaded wildfires may not be as long-term-damaging as these beetles.

“We’re witnessing a transition to a post-oasis landscape in Southern California,” the US Forest Service’s Greg McPherson told the LA Times last year. Bugs like the polyphagous shot hole borer are causing an unprecedented die-off of over 100,000 willows in the county’s Tijuana River Valley Regional Park. The gold spotted oak borer has killed tens of thousands of drought-stressed oaks. They say the shot hole borer alone could kill a third of the 70-plus million trees we have shading us in Southern California.

Jordan Zien’s problem: most mitigation money is thrown at agriculture, not urban forests. So private operators like his company are frontline when it comes to fighting the bad bugs and trying to save ravaged trees.