San Diego's biotechs soared, then came down to reality 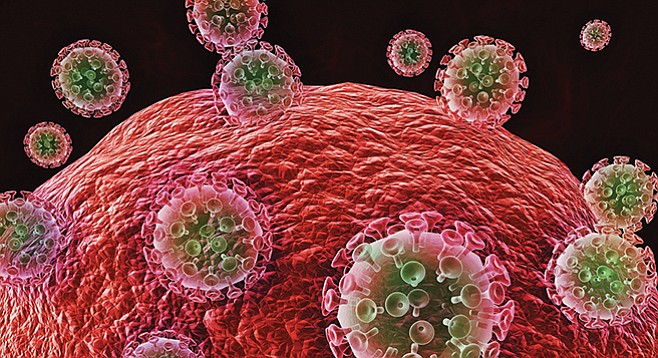 Can scientific purity and entrepreneurial greed coexist? San Diego is an ideal testing ground for that question, because it is one of three biotech centers in the United States, and biotech companies, dominated by scientists, are often suspected of or charged with fraud. 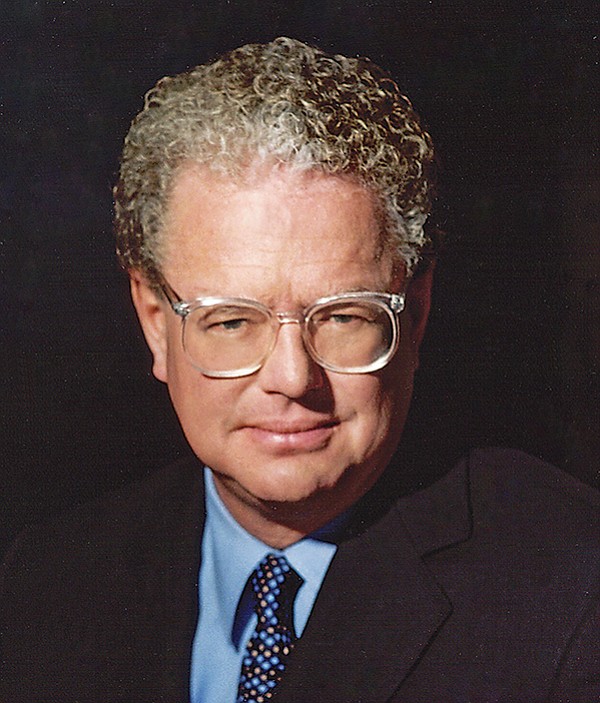 William Lerach was the scourge of biotechs getting sued. But Lerach went to prison and is now disbarred

Biotechs need capital. So when they go public for the first time, the companies and Wall Street romance the stock, claiming the companies’ products will cure various ailments. Stocks initially soar.

But almost all of these stocks come back to earth, often because the Food and Drug Administration nixes the products or, even if they get federal okay, the products flop. So irate investors charge fraud, particularly if the insiders dumped shares — which they got for pennies — during the price surge. For many years, lawsuits abounded. Biotech companies were sued more frequently, relatively, than other kinds of companies. This was particularly true when San Diego attorney William Lerach was the scourge of corporate America. But Lerach went to prison and is now disbarred. Also, federal legislation has slashed the number of investor lawsuits. 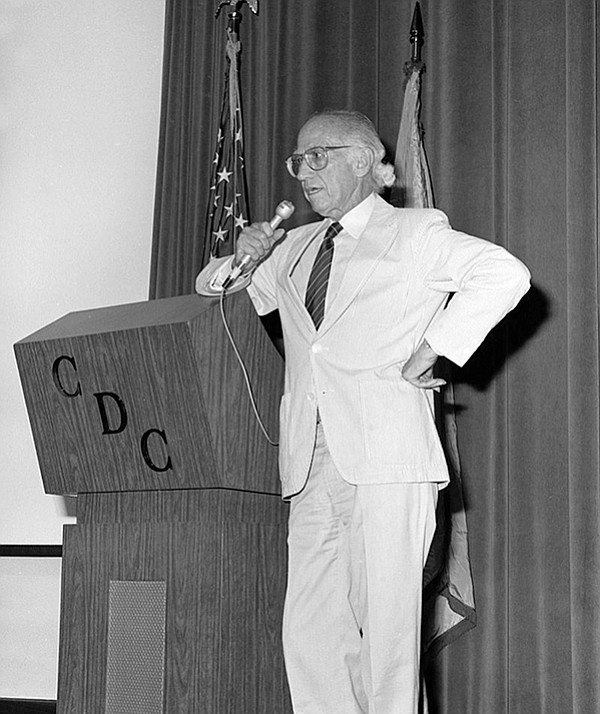 Jonas Salk, 1988. A fellow U-T reporter was told by a middle-level editor, “If Jonas Salk says it, we write it.”

Prior to and even shortly after the tech crash of the year 2000, San Diego was home to some of the craziest biotech stock up-zooms. Diversa, an enzyme producer, went public February 14, 2000, at $24. The first trade was at $54.50, and the stock closed the first day at $75, up 212 percent in one trading day. Then the stock came down sharply, and the company was merged twice into other firms. But these loony stock flights can pay off, too: on July 28, 2000, Illumina went public at $16 and more than doubled the first day, closing at $39.17. The stock came down but is now trading at over $300. 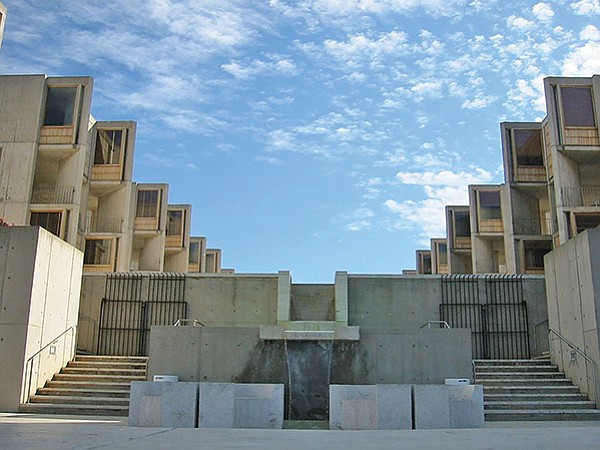 The company seemingly recovered as Wall Street hearts palpitated over a possible prenatal test for Down syndrome. The stock moved back to $25. Then the company announced that its prior test results should be ignored. Ultimately, the research director pleaded guilty to criminal charges that she had lied about the product’s prospects to boost the stock. As the news came out, the shares plummeted again and the company is now a part of LabCorp.

One of the sorriest examples of a biotech thwarting researchers trying to tell the truth was San Diego’s Immune Response Corporation, cofounded in 1987 by the local idol Dr. Jonas Salk, who died in 1995. He was a pioneer of polio vaccination, and his name is now emblazoned on the Salk Institute for Biological Studies. San Diego high society was obsessed with the prospect of Dr. Salk developing his second successful vaccine, a cure for AIDS. The product under development, Remune, was not a vaccine, however. It was not meant to prevent infection but to boost the immune system of those who were already infected with HIV.

In the mid-1990s, during a time of one of the most insane tech markets in history, Immune Response had sizzle: Salk’s name and a product to thwart AIDS. Surprisingly, however, the takeoff was slow. Scientists were skeptical, including some at the Food and Drug Administration. Before the company sold stock to the public, I wrote several columns for the Union-Tribune warning that the company had a hot name but no product and that insiders had paid only one-fourth of a cent for their shares. (One sold a bundle of his $.0025 shares for $2 apiece.)

Still, the stock finally went public and rose to $19.75. The stock upsurge was caused by insiders issuing “false and misleading” statements about Remune’s efficacy, said a lawsuit — one of ten filed by investors after the company collapsed. The insiders knew that Remune was ineffective, according to this lawsuit but kept cranking out false claims to bolster the stock, which, of course, collapsed long before the operation went into Chapter 7 (liquidation) bankruptcy in 2008.

Although I was able to get negative information about the company into the U-T, as was Penni Crabtree, the paper’s medical and science writers often hit a brick wall. “The top editors would go to social events and hear about Immune Response and Salk’s role in it,” recalls one who wrote for the paper at the time. This hometown-booster bias quickly floated down to lower editors, who would spike negative information on Salk’s company, or on Salk himself. One reporter was sent to cover a Salk speech. The reporter attended but said it wasn’t worth coverage. He was told by a middle-level editor, “If Jonas Salk says it, we write it.”

As is required with biotechs, supposedly unbiased researchers were hired to conduct tests on Remune. The lead researchers were Dr. James Kahn of the University of California at San Francisco and Dr. Stephen Lagakos of Harvard. “The trial eventually involved 2,527 volunteers,” all of whom were infected with HIV, wrote Susan Haack, a professor of law and philosophy at the University of Miami. The title of her 2006 study: Scientific Secrecy and ‘Spin’: The Sad, Sleazy Saga of the Trials of Remune.

In 1999, Kahn and Lagakos halted the Remune trial, stating that the preliminary data showed the drug was ineffective. Immune Response fired nearly one-third of its staff “and forced many others to take pay cuts,” wrote Haack. But Immune Response went ahead with two more studies. Later, Kahn told Immune Response that he was going to tell the National Institutes of Health about the negative results. Lagakos was assured by Immune Response that it had given the institutes the data, but he argued that those data were not complete.

In the year 2000, Kahn decided to publish the negative results. Immune Response claimed the data could not be published without the company’s consent. Kahn and Lagakos were astounded. Immune Response threatened legal action against the two lead researchers. Late that year, Kahn published the negative results in the Journal of the American Medical Association. The researchers and Kahn’s university went into arbitration with the company, which collected nothing.

Kahn and Lagakos were heroes among academics and researchers. But Haack concluded in her study, “I am sorry to say that our universities’ disturbing drift to the culture of money shows no signs of abating.”

swell: Glitch of some kind. I am author. Best, Don Bauder

A good cautionary tale. But besides those victimized by greed are those victimized by need. How many more than the "2,527 volunteers" for Remune have lost their lives being knowingly given something worse than a placebo in all these different tests?

Speaking of, many in the local HIV community have dark tales about the different trials done through the Owen Clinic at UCSD Hillcrest. A ready supply of poor, desperate, and easily vanished test subjects allegedly seems to have encouraged the worst temptations to get results.

Cassander: There is a good argument that those given placebos in medical tests may be deprived of needed help. Best, Don Bauder