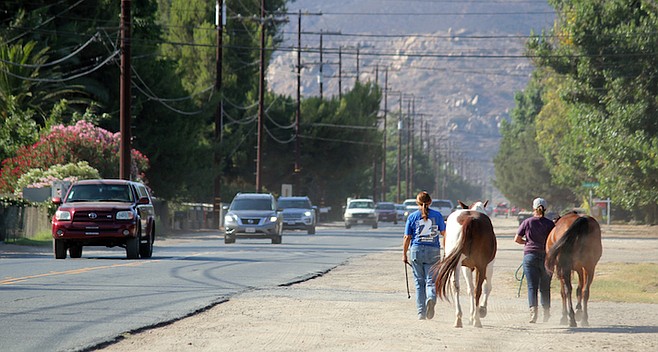 In the past year, three new projects have been announced for the Moreno Valley area in Lakeside and the locals are not happy. Last year, San Diego County planning commissioners approved Bob Turner’s new sand mine on Moreno Ave. across from the old Ennis’ similar mining operation. 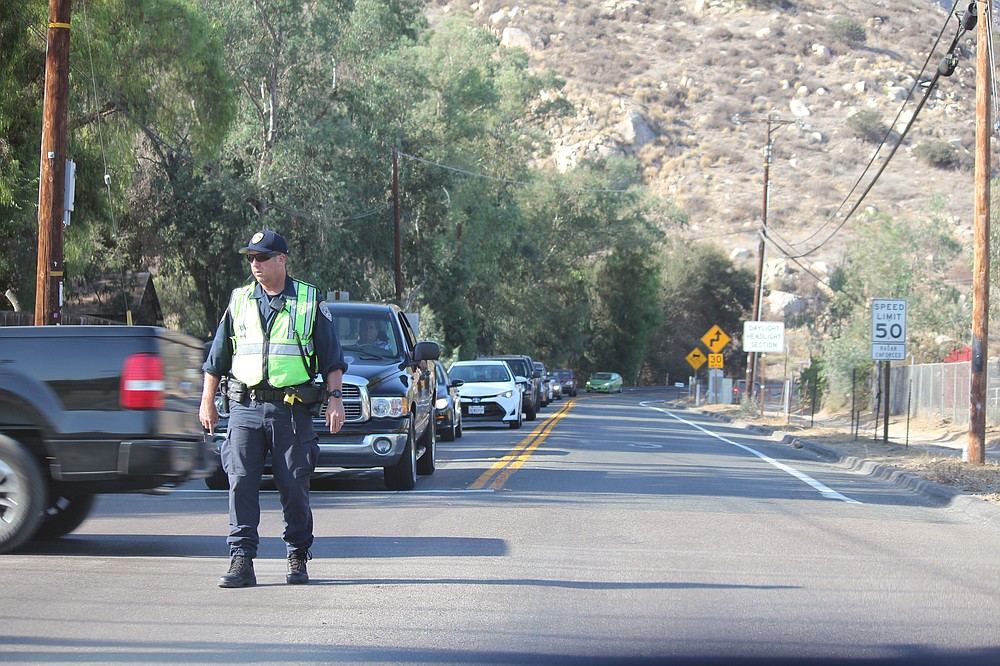 Just last month, the county approved the budget to build an equestrian park on the same road. The locals kept showing up at the county’s public meetings raising concerns about the jammed traffic on Highway 67 and the unpaved roads nearby, mainly used for riding horses and farming trucks.

In July, another business came to town and gathered the locals in a public meeting at the Lakeside Community Center to present a new project planned for construction at 12243 Highway 67 across from Moreno Ave.

BioGas company proposes a Food-Scraps-to-Energy plant that will operate on a five acres of leased land for the next 15 years and will take twelve months to built. Julie Mitchell is the project manager with Yorke Engineering assisting BioGas in preparing the permit application with the county of San Diego. She stated, “It is extremely relevant that you understand the county’s need for a facility like this and that the facility is exceptionally small compared to the other industrial facilities in the area. The significant benefits of this project are waste diversion, taking food from restaurants and decomposing it to generate renewable electricity.”

Mitchell said there would be 31 trucks on the road daily during normal business hours. Answering to public concerns about the traffic, Mitchell said that the company is working with the county and CalTrans to analyze possible alternatives to the main route on Highway 67.

When asked about these alternatives, Mitchell described a possible route in an East County Californian article: “the trucks will turn right on Highway 67, head North on Vigilante Rd. down Moreno Ave and come out on Willow Rd to reach 67 again and turn at the light.”

Virginia Duval lives on Moreno and is concerned about the potential chemical hazards for the air and water. Mitchell said the plant would have a contained water processing system that will use “very little water and will clean it up before releasing it into the sewage system.” Mitchell denies Duval’s claims of potential risk of explosions due to the methane gas. The issue is addressed by BioGas on the company’s website: “Inside of a closed system, the Lakeside Food-Scraps-to-Energy project will facilitate this breakdown process through the action of microbes, and the resulting methane will be captured and used to generate power that will serve the regional electric grid.”

Deborah Montgomery, local resident, said, “I got concerns about water usage, flies, smells, traffic safety, among others. We’re already going to have so much activity on the roads in Lakeside due to sand mining and they’re building three new huge buildings right off Highway 67 that’s going to add more traffic going through Lakeside.” Montgomery: “the way they keep doing this, all of the horse people are going to move out and they are going to have wasted money on the equestrian center. I stopped riding horses down Moreno because I fear for safety.”

Darlene Kreischer started observing the traffic patterns at different times throughout the day. “It’s not uncommon to sit through at least 2-3 lights and the traffic keeps piling up on Willow and Moreno. “ Kreischer said she was forced to ran the yellow light and that “we are bound to see more and more accidents at the intersection to Highway 67 because while we ran a yellow light, there are many who run the red one!”

Jessica Brodkin Webb lives on Moreno Ave. and considers herself directly affected by the BioGas project. Webb thinks the idea of renewable energy is “admirable,” but the fact that there is yet another plant coming on the industrial side of the road “pushes our delicate balance yet one step closer to being an industrial area.” Webb said this plant is “at its core a garbage dump, ecological or not."

Project manager Mitchell said the location was a business decision and the legal permits were submitted with the Air Pollution Control district.

BioGas Food-Scraps-to-Energy project is expected to break ground in February 2019 and will connect the facility with the Los Coches substation owned by SDG&E who signed a 15-year contract to purchase the energy. According to the information shared during the public meeting, the building will be 35 feet tall with a 100x350-foot perimeter, while the digester tank will stand 49 feet tall and 150 feet in diameter.