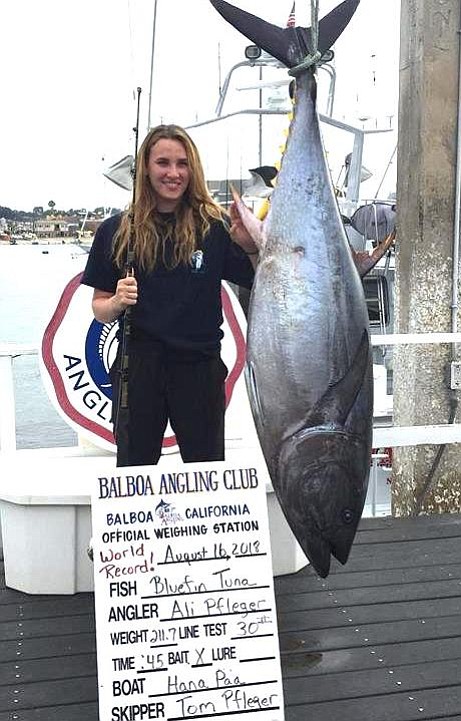 Saltwater: There were about a dozen more anglers and a dozen fewer trips this past week over the week previous, so not much change in the receipts for the landings. The predicted explosion of tuna in the counts may have been delayed, but it happened. Normally, tunas aren’t so picky in mid-August and the water isn’t this warm, so most folks were a bit perplexed, but credit to the anglers as they kept at it.

The same week last year (Aug 13-19), the big bluefin were around, yellowfin hadn’t filled in, the yellowtail were the main draw, and the anglers came: 6,385 of them, just three percent less than this week’s number.

The record-warm pocket of water that brought ocean surface temps up to 81.6 degrees to our coast this past week has shifted north and cooled. Typically, wind and current will help blend bands of water – in our case, dissipating a thin hot layer into the cool beneath and leaving a much more consistent, thicker top of the water column at 72 to 75 degrees Fahrenheit within 50 miles of Point Loma. I expect that going forward, yellowfin, skipjack and dorado will stay on the top of the counts with exotics like marlin, opah and wahoo popping in for an occasional visit between now and late into fall.

The big bluefin tuna should continue to draw boats to the slightly cooler southwest side of San Clemente Island and out to the Cortez and Tanner banks, where the brutish fish have been running to well over 200 pounds.