Headlock on man with hammer

He welcomed death at Jack in the Box 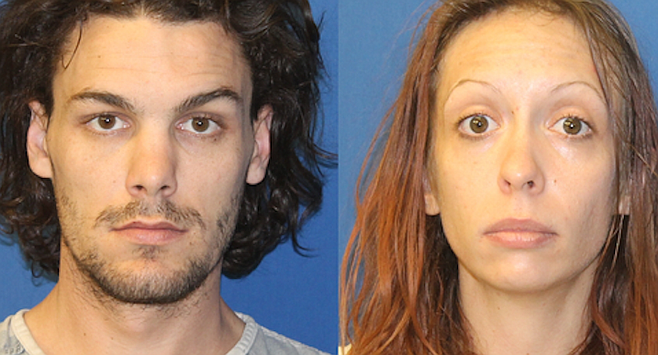 On Wednesday, August 8, 30-year-old Robert Daniel Dille went to Jack in the Box on West Main Street and Van Houten Avenue in El Cajon. Witnesses say he and his female companion approached the counter to retrieve their food order when Dille noticed a Loomis armored car guard stand up behind the counter with a bag of money. 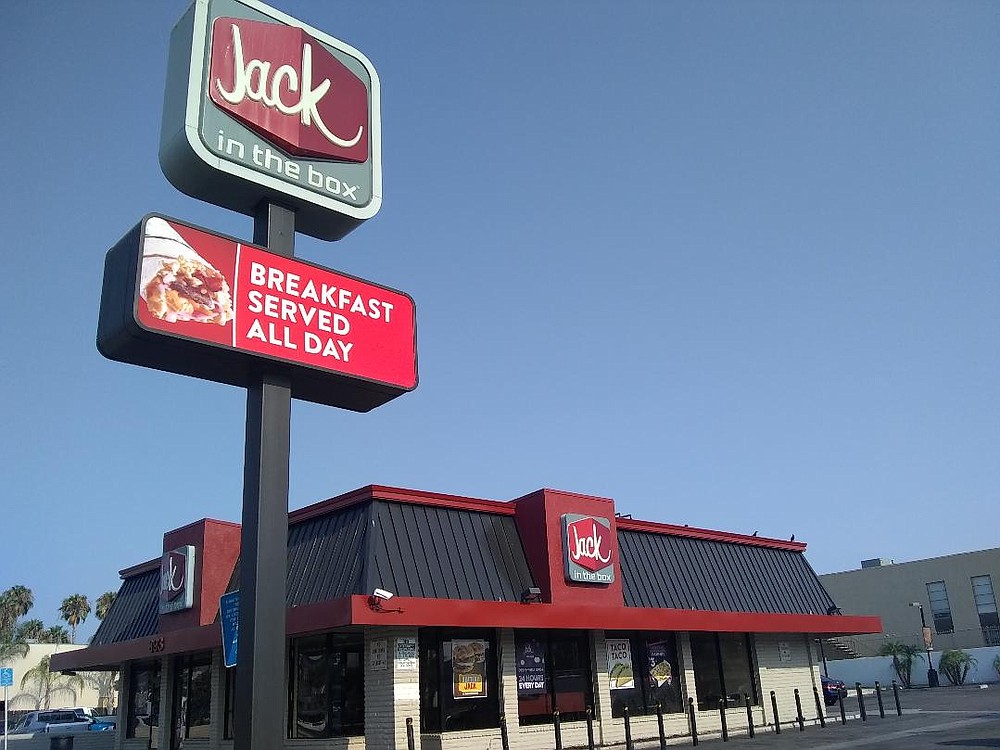 Dille smashed seven of the restaurant’s windows with his hammer.

Dille brandished the hammer he often carried and demanded her money. The Loomis guard reached for her gun. Dille responded, “I don’t care if you shoot me. I’ll die right here, right now. I want that money!” 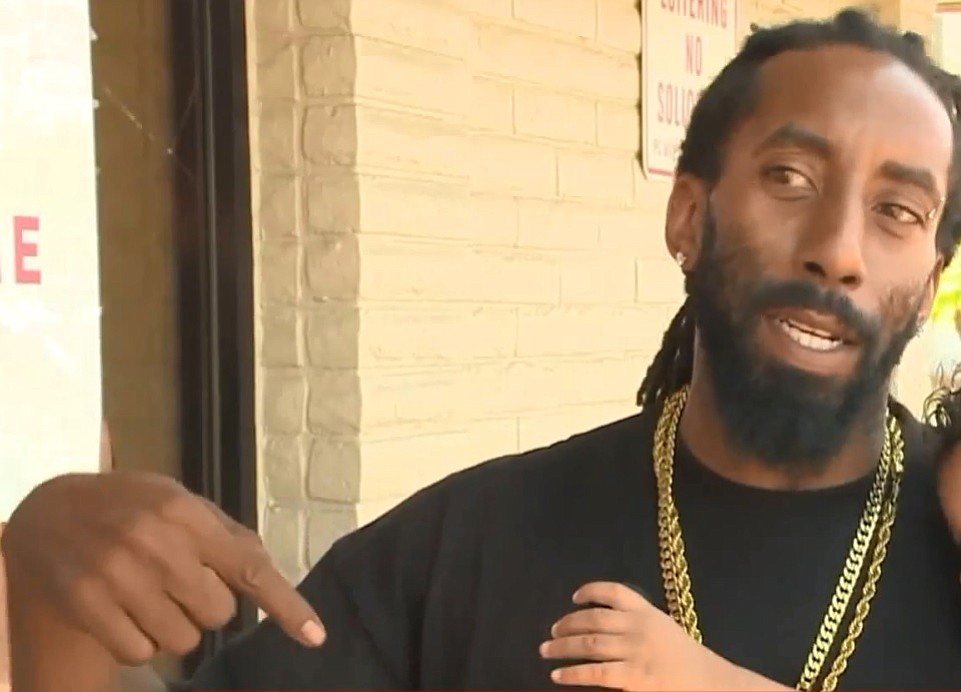 Arthur Stanos Told Fox 5: "I just said, ‘You know that’s enough.’ I grabbed him by his neck, took him down."

A restaurant employee says Dille became furious and smashed seven of the restaurant’s windows with his hammer.

After he went outside the guard was able take the back exit and circle around to the truck where her partner was waiting.

As police began to arrive Dille fled south on Van Houten. According to a police department tweet, “Officers were in foot pursuit of a subject reported brandishing a weapon. Suspect then struck an officer in the head with a hammer after Taser was ineffective. The officer was transported by medics to the hospital with a head injury and has been treated and released.”

Jack in the Box customer Arthur Stanos explained to Fox 5 News what he did after Dille struck the officer. “He ran back towards me and I just said, ‘You know that’s enough.’ So I just grabbed him by his neck, took him down, held him. That’s when all the police swarmed us.”

At his arraignment August 10 Superior Court Judge Robert Amador found Dille to be a “danger to public safety” and remanded him to custody of Sheriff without bail.

On August 15 Amador ordered Dille receive a mental competency examination. The court will decide October 15 whether he is competent to stand trial.

Dille has a criminal history going back a decade in San Diego and extending to Cañon City, Colorado last year. Fox 21 News (Colorado Springs) reported May 5, 2017 Dille and his female companion Amanda Byrom were charged with “refusal to leave premises, marijuana cultivation, reckless endangerment, and child abuse.” Dille was charged with criminal mischief as he reportedly tried to break down a neighbor’s door with his axe. Dille and his female companion both told police that Dille was God.

Fremont County (Colorado) court records show an agreement in which Dille pleaded guilty for criminal mischief and the other four charges were dismissed by the DA. Dille was sentenced to supervised probation and received multiple fines, including a “restorative justice surcharge.” It’s unclear whether the children at issue belonged to Dille or whether he kept custody of them.

In March Dille was sentenced to ten days in jail after his probation officer reported he was “loud and aggressive” and refused to comply with his probation terms. Some time between March and April Dille moved back to California. Since then three separate criminal cases have been filed against him in San Diego County. On April 30 he allegedly resisted, evaded and committed battery upon two peace officers. He has at least seven criminal cases in San Diego County going back to 2008.

Loomis has added a third guard to their Jack in the Box money pickup.

Well, Arthur Stanos, thanks for stepping in with a cool head and helping.

Dille should run for city council in El Cajon, I bet he'll get elected. METH, it's a terrible drug as evidenced above.

He came very close, I'd guess, to being shot down with a real firearm. Assaulting a cop with a hammer would have given the other cops ample justification to use deadly force. And was we know, when they can use it, they often do.