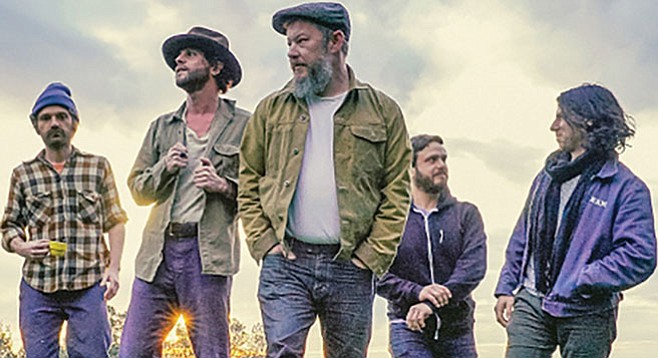 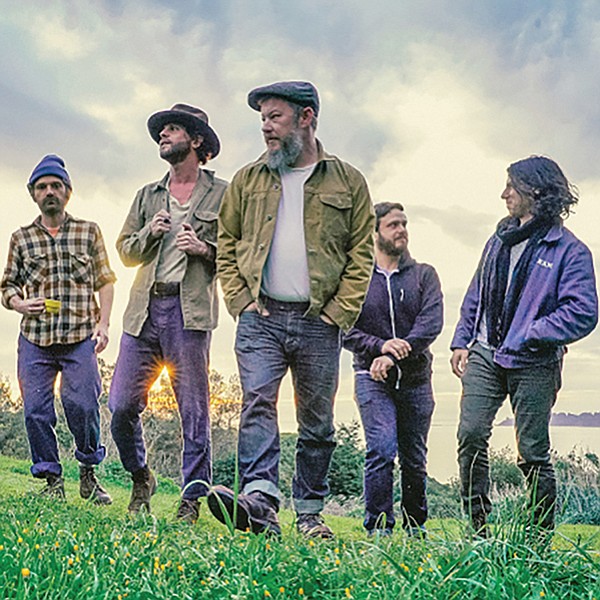 If ever an act needed to be seen live to be appreciated for all they have to offer, that’d be Langhorne Slim, who treats every stage like a pulpit and leaves every attendee feeling born again and enlightened. That’s not to say the Pennsylvania-born, New York-based singer-songwriter can’t miss in his recordings, as his first half dozen releases between 2004 and 2012 contain as many unintentionally funny clunkers as gems, especially when he was trying to be Mr. Sensitive Guitar Guy. That’s okay, one wouldn’t expect a struggling alt-country folk-rock aspirant in his early 20s to have much earth-shaking insight to offer, musically or lyrically. But around the time of Langhorne Slim’s 2008 self-titled full-length, he began hitting ‘em out of the park with numbers like “She’s Gone,” a bitter lament of how “there’s just so many people with unwanted filthy demands, after you left I called my friends up alone, but at least I’m not your man.” He’s had his stuff in movies and TV shows, and “Put it Together” was heard in commercials for Coke, but it’s his constant presence on the road, backing up an encyclopedic list of headliners, which has earned the devotional following sure to show up at the Belly Up on October 9. He’s still touring in support of last year’s Lost at Last Vol. 1, backed by his Lost at Last Band, currently including his longtime bassist (since 2008) Jeff Ratner and drummer (2005 onward) Malachi DeLorenzo, whose dad co-founded and drummed for the Violent Femmes. 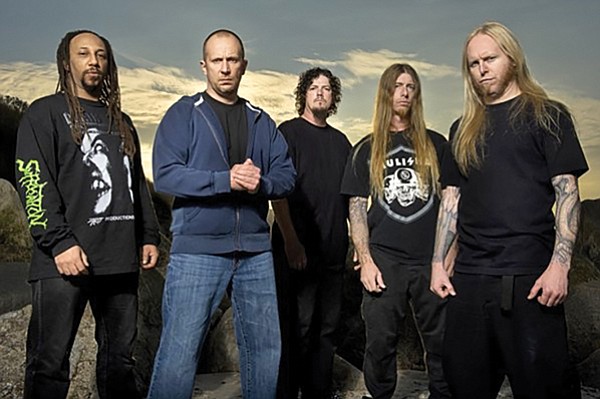 Let’s face it, most death metal bands are limited by an unimaginative obsession with ritual and retread. No matter how daring and original the first death metal bands may have been, the subsequent headlong lemming-like drive to recreate rather than innovate, rarely daring to deviate from the requisite follow-the-dots template apparently demanded by their audience, makes for an ultimately boring batch of headache-inducing same-ness. Even the fashion is moribund, with about as much variation as a game of Pong. Occasionally, a powerful singer will emerge that one can only hope will eventually tire of the scary cookie monster thing and give their powerful pipes a real challenge, as with Suffocation’s founding vocalist Frank Mullen. His last tour with the band he’s fronted for around 30 years will hit Brick by Brick on November 6. The group has actually toured without him since 2013, but this time he’s quitting entirely, for what one assumes will be a stellar solo career. 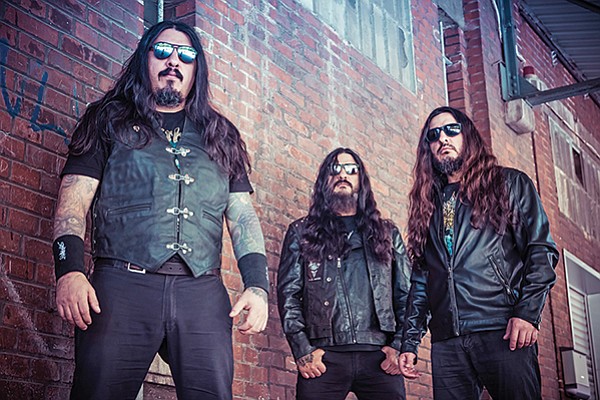 The Suffocation date will be opened by Brazilian death metal brothers Krisiun, featuring Max and Moyses Kolesne with singer-bassist Alex Camargo. Even though they’ve been around since 1990, I was mostly unfamiliar (can you tell this isn’t my favorite genre?) with them, but we endeavor to be inclusive, so I previewed the trio’s upcoming 11th studio album due in September, Scourge of the Enthroned. Surprised by their flirtation with classic metal and prog on tracks like “Devouring Faith,” my recommendation for this week’s column is bolstered by the third act on the bill, Soreption, a Swedish group with a strong new album, Monument of the End. I’ve run through that one twice and hesitate to relegate it to the death metal category, with all the jazzy string-skipping and complex rhythms that nearly bury the usual drone of diminished chords. They may play comically fast (think Sabbath at 78rpm) but, the way these guys secretly aspire to cross Iron Maiden with Athiest, they might just steal the show from both of their more seasoned tour mates.

The Mowgli’s and Arms Akimbo 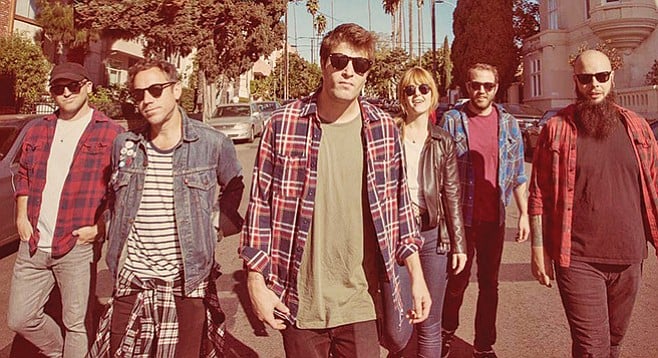 Sounding like the illegitimate children of some 1970s Laurel Canyon orgy thrown by Crosby, Stills, Nash, Ronstadt, and Melanie, L.A. alt-rockers the Mowgli's kicked off their recorded output in 2012 with a self-released series of sunny love songs. These were collected on their self-released Sound the Drum album, earning them lots of comparisons to left coast soft rockers such the Byrds, even though they clearly wanted to keep turning up the amps and fly more like the Airplane. That’s exactly what they’ve done over their next few albums, though their eternal homage to the patron saints of folk keeps surfacing on singles such as their get-out-the vote anthem “Times Are Still Changing.” A recent single for “Real Good Life” is said to preview an upcoming album that they’re essentially writing on the road, trying out new tunes and working out arrangements on stages such as the Casbah, where they’re due on November 9. 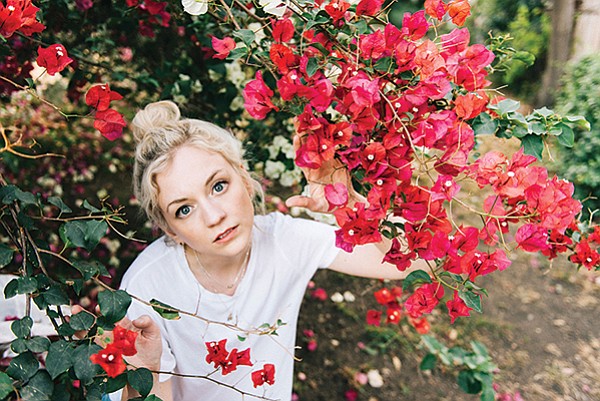 Whenever blonde little sister Beth Green on the Walking Dead would quit running from flesh eating zombies just long enough to break out a happy little ditty and cheer everyone up, it seemed fans either gave a huge (if dismembered) thumbs up, or they wanted to rip her throat open with their teeth the way Rick Grimes put the jaws of death on that king of the Claimers dude. Emily Kinney is actually a professional singer, with several albums since 2011 and occasional radio airplay with singles like 2014’s dancefloor fave “Rockstar.” She cites storytelling singers such as Harry Chapin and San Diego’s Tom Waits as inspirations, with several autobiographical songs on her newest album Oh Jonathan, currently promoted with a single for "Boy Band Hero." Unlike the somewhat warbly singing voice of her Walking Dead character, Kinney’s own vocals, while still soft as the heart that got poor Beth killed, have a fully engaging authority and presence. Nobody’s going to mistake her for an opera singer, but she’s far more suited for the House of Blues stage, where she appears with a full backing band on November 12, than a campfire surrounded by rotting walkers.