City Auditor heads for the hills of Beverly 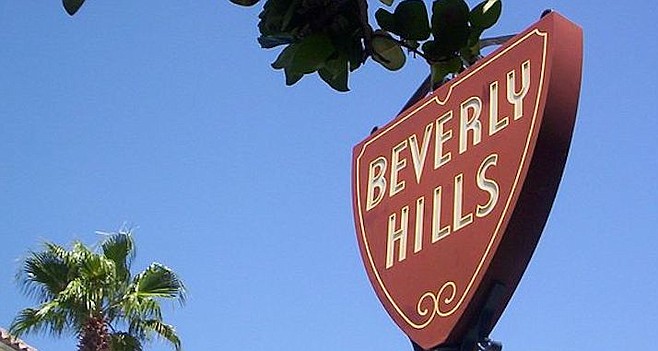 San Diego city auditor Eduardo Luna, an eleven-year veteran of rooting out scandals at what insiders assert is an increasingly dysfunctional city hall, is heading for Beverly Hills to assume a similar role in the super-rich city of the stars.

Luna's move, which he confirmed by phone, has city observers worried that the city of San Diego under the problematic governance of Kevin Faulconer may be in for more turmoil if a new auditor, to be selected and nominated by the Republican mayor for council approval, is less resistant to special interests than Luna has been.

“He looked like he was going to be a quiet pushover," La Jolla commentator Norma Damashek said of Luna during a 2014 battle with then-mayor Jerry Sanders, "and he turned out to be a tough guy in the best sense of the word. So, now [San Diego’s leadership] is trying to humiliate him or make his life so hard that he will resign before his time is up.”

Sanders and his friend and protege Faulconer became foes of the auditor after he called out irregularities in the handling of real estate development fees administered by the city's Development Services Department in 2012.

Since then, the auditor's office has uncovered scores of fraud and mismanagement cases leading directly to the mayor's doorstep.

Luna's exit comes just weeks after Faulconer began advertising for a headhunter to lead an executive search to replace the incumbent auditor, whose ten-year term - enacted by voters to protect the office's integrity - runs out early next year.

Luna had considered remaining in his position, but the mayor and his backers made it clear that he should look elsewhere, per several insiders.

Hebrank has contributed $10,921 over the past decade to city politicos, including $1875 to the campaigns of Kevin Faulconer, per disclosure records. The full city council gets final approval, per the headhunting solicitation.

Faulconer and his GOP backers are said by several sources to be fast-tracking the process in what appears to be an effort to get the replacement through the council by the end of this year.

So the mayor wants a city auditor who doesn't audit the city?

The corruption in the city runs deep. The next auditor will not be a "tough guy" but a bought-and-paid-for political hack doing the bidding of the mayor and his henchmen. Anyone remember the City of Bell? Are we headed in that direction? I think so.

The City of Vernon was another bad apple.

The idiom “bad apple”as used in the context above, by definition, refers to a person, not an entity.

True, but I chose to use it since Bell and Vernon are individual members of a group of corrupt cities. Call it "poetic license" as that's what it is (even though it wasn't poetry). ;-)

San Diego's major loss and a huge gain for Beverly Hills. That city didn't hire him to be a lap dog; they had to know his reputation, and still want him. Even though it is a rich city it doesn't want waste and fraud, which is what SD has had in abundance for so long.

This truly is a sad news for our City. Mr. Luna, and his staff, have performed admirably during their tenure as Auditor. They have “set the bar” very high. Luna and his team have kept exposing the waste and fraud that earned San Diego it well deserved negative reputation.

Now our do nothing Mayor, and his lackey bootlicking yes men and woman on the Audit Committee, will select a replacement. We CANNOT go back to the days of obfuscation, waste and abuse of the taxpayer’s treasury.

We need an ethical, strong willed, backbone of steel Auditor to fill Luna’s shoes. If the Mayor and his bootlicking lackeys select a meek and mild auditor who will just go along to get along we could find ourselves once again known as the City - Enron by the Sea.

We're likely to to be known as San Diego - SDG&E by the Sea.