OK to point to Southwest as noisemaker

They have 39 percent of San Diego air traffic 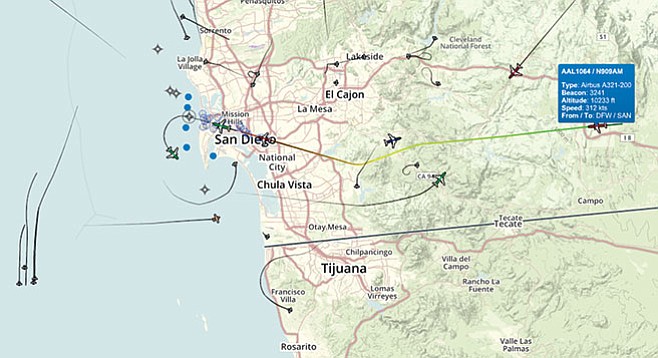 An author speaks over the noise

In response to the letters regarding my story “Airport Noise - From La Mesa to La Jolla” (Cover Stories, August 1): The FAA and San Diego have the ability to manage BOTH a safe and efficient airport AND, to a reasonable extent, mitigate the disruptive noise that it causes some local residents. So why be so mean-spirited as to deny help to those affected? Both the FAA and the Airport Authority already acknowledge that measures are needed to abate noise. The interaction between commercial aviation and the urban environment requires making occasional adjustments, especially when a change as huge as installing the new Metroplex navigational system takes place. That seems to be why government has agreed now to sit down in the newly created committees to work with concerned residents. 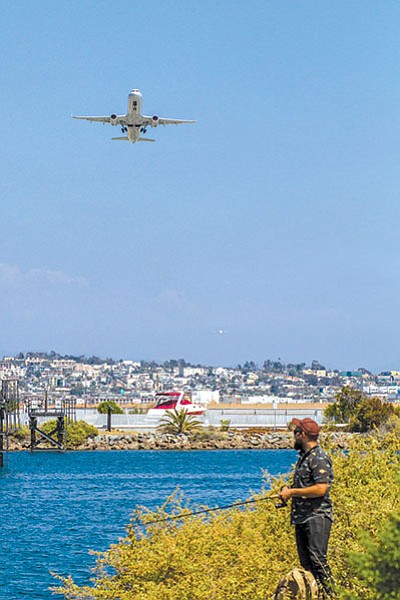 “Suddenly, the planes were flying low over the house and over the yard, and not just a little bit."

The idea that only the FAA and not the airlines are to blame for a congested runway is naive. As documented, the airline industry, through its trade group Airlines for America, continually lobbies Congress and the FAA to get its way. And singling out Southwest Airlines as especially responsible for the effects of its activity in San Diego is not unreasonable. Southwest has 39 percent of the San Diego market share compared to next highest American Airlines at 13 percent.

Randy makes the company sound almost saintly for responding to consumer demand, conveniently ignoring the huge profits it earns and the extensive advertising it uses to do so. That much profiteering owes something to the public environment that it does business in. Mr. Hamersly’s love of airport noise is understandable in someone with the impressive aviation and military career that he has eloquently described as his, but it doesn’t make the faction he represents the only stakeholders in the situation, nor does it grant him any more credibility than those who don’t like the noise. The simplistic and hackneyed old argument that all those who want a little more peace in their lives should never have moved near flight paths in the first place ignores the historical development not only of the airport but of San Diego’s complex real estate market as well. 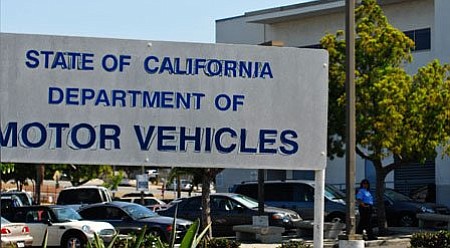 Regarding the Hillcrest DMV (“Planning Group To Discuss New Hillcrest DMV...,” News Ticker, September 1, 2011), I don’t agree that the Hillcrest building needs to be enlarged at this juncture. I had renewed my driver license last Friday; got in line 1 hour before opening at 8:00 AM; was 50th in line; was at the door outside the building at 7:45 and assigned to another line at another door; was in that door at 8:02, processed at the computer and awaiting my number at 8:05, at which time only two windows were operating. At 8:21, I was called to one of eight opened windows, and was processed and out the door at 9:21 with my renewal, at which time only eight windows were operating, out of *28 stations.. Had 28 stations been operating from 8:00 AM, there would have been no waiting for longer than 5 minutes before being called. There are people with agenda for “better” use of that property, but I think its just fine, as it is, and where it is. Put the money into staff, not an expensive new building. I have spoken!