How much hipsters giveth unto pop culture, but also how much they taketh away 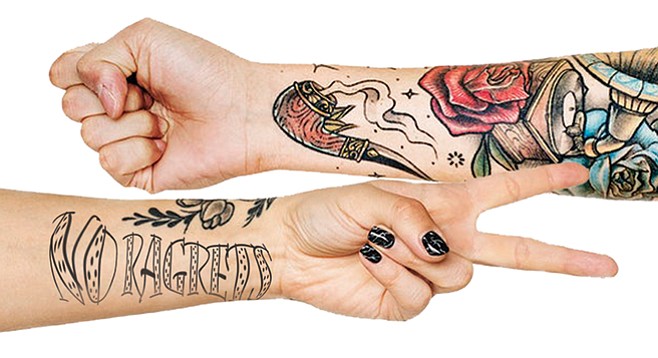 You write often of the quirks and idiosyncrasies that differentiate hipsters from what I will call, for lack of a better word, the bourgeoisie. I want to hear about the inverse principle. Namely, what are some ways in which hipsters can’t be distinguished from the mainstream?

Before I provide illustrative examples, we must distinguish between two, broad categories of tropes and activity here. On the one hand, you have hipster things that have become less hipster because now everybody is doing them. On the other hand, you have things that used to be too mainstream for hipsters, but which hipsters have since adopted for various reasons. The difference matters, because it illustrates how much hipsters giveth unto pop culture, but also how much they taketh away. Life tends to circle around like that.

Anyways, some hipster stuff the rest of the world has picked up on includes:

Time was, one had to either be a straight up sketchy person, or at least know a straight up sketchy person with ties to the arty, scenester underworld to get his hands on a bag of weed. However, the days of going to hang out with some weird person in a dirty apartment — because you definitely didn’t want him coming to your house — are long gone, replaced by a series of cutesy boutiques that you might easily mistake for a Papyrus shop.

It seems like everyone and his brother is sporting a full tattoo sleeve these days. Formerly the province of sailors, musicians, and hipster social outcasts, tattooing has become a borderline normative behavior. I often say it’s the odd man out who doesn’t have a tattoo these days; although people tend to disagree with me.

I am pretty sure my plumber dresses like this now.

Available for something like $119 at Target and decidedly, distinctly, indisputably no longer exclusively hipster territory.

On the flip side, hipsters have adopted lots of mainstream activities, such as:

No hipster trope seems more dated at this point than “I don’t have a TV.” To some extent, it remains true, because plenty of people, hipsters and mainstreamers alike, just watch Netflix on their laptops and iPads. However, even the most shamelessly humblebragging hipster can’t disavow the television anymore. Vegging out in front of the idiot box may once have been the iconic passtime of the American schlub, but, these days, obsessing over Westworld conspiracy theories, bingeing Stranger Things, and hiding your shameful love of Unbreakable Kimmy Schmidt unites the masses, hipsterness notwithstanding.

I don’t know exactly when running the occasional ironic ultra marathon replaced smoking Camel wides and sleeping in as the hipster exercise regimen of choice, and at this point I’m almost too afraid to ask.

Slowly, but with exponentially increasing frequency in recent years, hipsters have been seen buttoning their collared shirts all the way to the top. This very mysterious behavior baffles and bamboozles non-hipsters, which is exactly the way hipsters like it.

Not. Totes kidding. Bet I had you going for a second there.

Anyways, much as I want to burst into a rousing chorus of “The Circle of Life,” I think you get the picture. That which is hip will eventually become lame, and the mainstream in time becomes hip. I read a book once that said something about how stories fade to legend, legend fades eventually to myth, and even myth is forgotten by the time the stories repeat themselves. Hipsterness is like that, but way less mysterious.