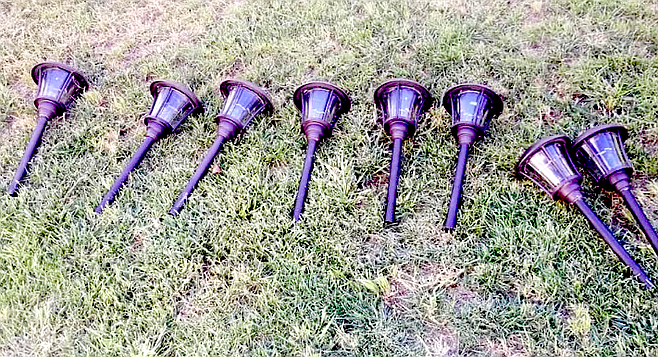 On August 4, Bryna from Imperial Beach posted a Facebook video of her friend’s landscape lights getting stolen. 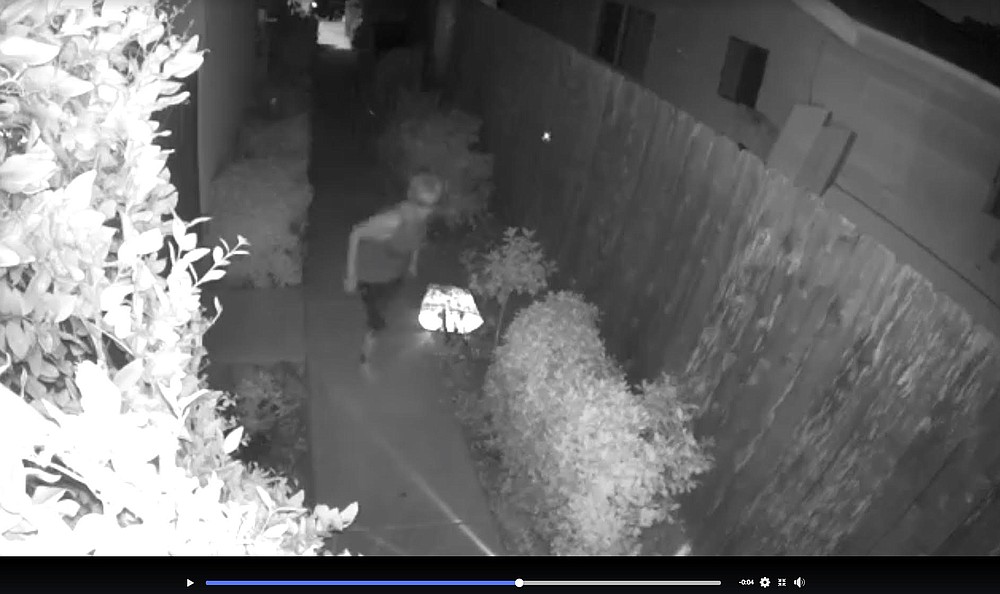 From posted video. "Does anyone recognize her?”

“This happened on 14th Street,” she said, “This individual decided to go into my friend's yard and steal her Costco lights. Does anyone recognize her?”

The ten-second video depicts a barefoot lady tip-toeing, pulling the lights out from the side of a pathway, and placing them in a plastic bag.

“We saw that video,” said Sarah, “I think it’s great to put the person on blast, because we need some of the crime to stop around here in IB.”

Sarah and her co-worker Elvia work at the 7-Eleven on Imperial Beach Boulevard by 13th Street, which is a couple of blocks away from the crime scene. I spoke with both of them on August 8 as they assisted their patrons.

“When you share the post to a lot of people,” Elvia said, “I’m sure somebody recognized that person and notified her.”

Bryna’s video was shared 70 times and it received over 50 comments.

“She’s gotta be living close by, unless she drove barefoot,” commented one neighbor. Another IB resident said “In this day and age when everyone has surveillance systems, how could anyone be so stupid to try to steal something so insignificant as Costco lights”; one was quick to respond: “Yes, and then to walk around with a glowing plastic bag.”

On August 6, the victim posted updated photos and captioned them, “Thanks to everyone that looked and shared the post, lights have been returned.”

“We had another theft posted on Facebook in June,” Elvia said, “it was about a man and woman who stole a kid’s bike."

“Yes, and we recognized them, they were our customers,” Sarah said. “They caught the lady running away with the bike two days later.”

In June, another IB resident posted Facebook photos of their neighbor’s stolen lawn-furniture cushions; they later found the perp on the beach using one as a sleeping-mat, and then posted photos of him crashed out.

Elvia has been an IB resident since 1979. “I like the fact that my neighbors post [videos and photos],” she said, “it keeps everybody alert and we have a neighborhood watch.”

She ain't no lady.