What it takes to fill a pothole 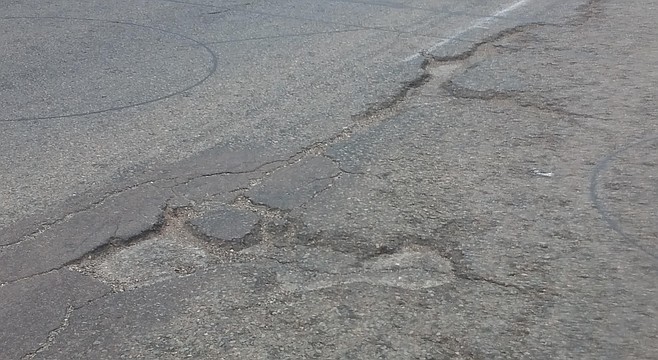 Although, in March, Mark Kersey ended his candidacy to become California’s 38th District senator, he may be forgiven for still bragging about all the recent street resurfacing in his San Diego city council District 5. In his July 8 newsletter, at a time when other San Diegans are begging for road repairs, Kersey announced repaving projects on Rancho Bernardo Road, Paseo Lucido and, in the Pasqual Valley, Old Milky Way and San Pasqual Road, not to mention smaller jobs in Scripps Ranch, Carmel Mountain Ranch and Rancho Penasquitos. 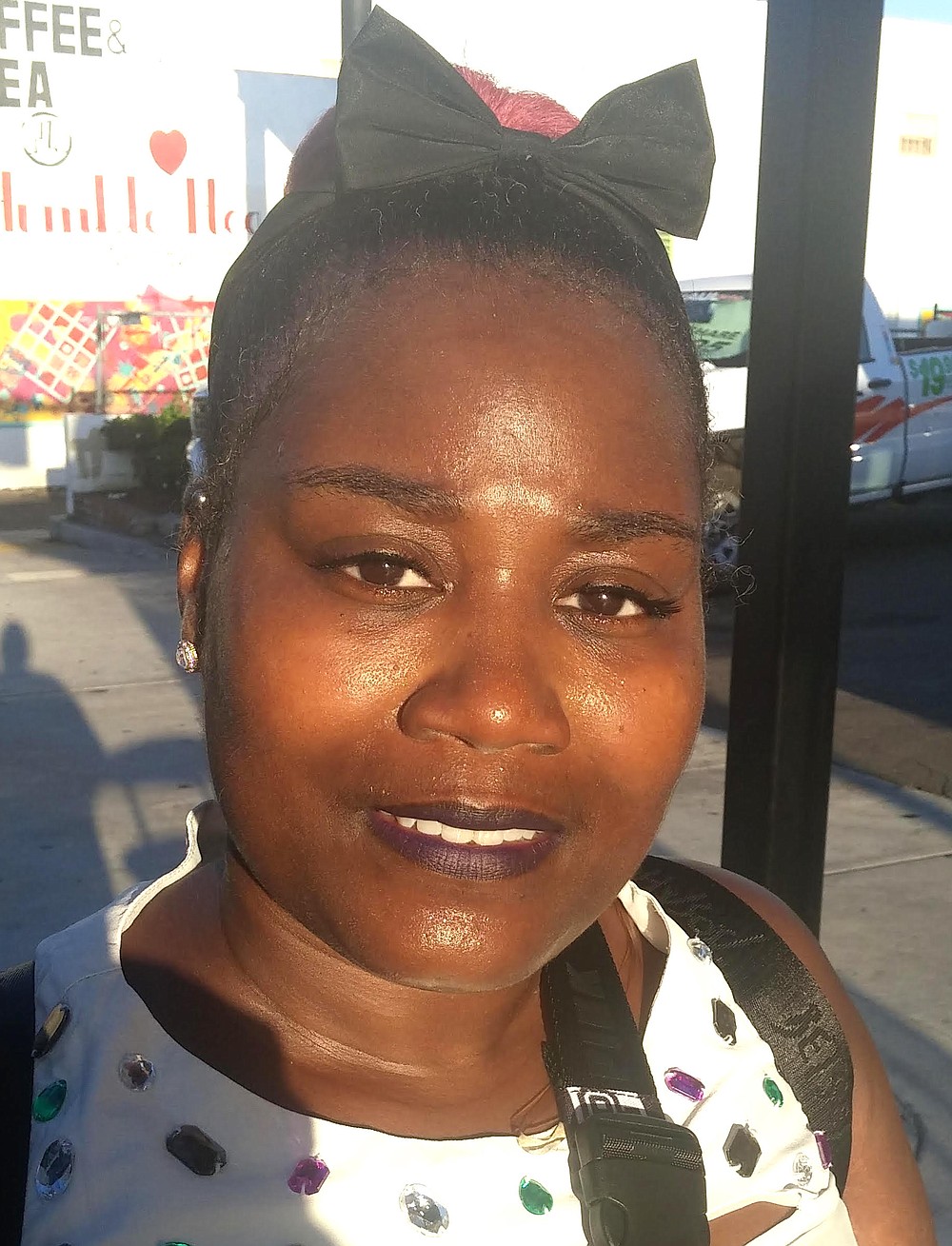 Misty Haskins: "Not as bad as the potholes in Ohio.”

Now the fiscal year 2019 budget, wrote Kersey, “allocates $76 million in funding to fix the equivalent of 390 miles of streets [across San Diego], and I’ll continue to advocate for more District 5 roads to get the repairs they need.”

Previously, in February, he had written, “The long awaited resurfacing of Rancho Carmel Drive is finally underway…. As we chip away at the city’s infrastructure backlog and rebuild San Diego, I will continue to advocate tirelessly for District Five roads to receive needed repairs.”

I called Kersey’s council office to ask how he had accomplished so much. Was there a particular process he had followed that other council members could use for their districts? Director of communications Nikki Matosian (Jimenez) did not return my call.

But Anthony Santacroce, from the city’s transportation and stormwater department, did respond, telling me that councilmembers do not control expenditures of funds for road repairs. “Those decisions are made on the basis of a point system,” he says, which takes account of actual road conditions, for instance, and how long it’s been since the road was last repaired.

Still, Kersey’s position as chair of the city council’s infrastructure committee cannot have hurt his chances.

In City Heights, residents have been wondering when El Cajon Boulevard west of Winona Avenue will be resurfaced, especially from 43rd Street to I-15. Traveling that section on the Metropolitan Transit System’s Rapid 215 bus feels like riding a bucking bronco.

Misty Haskins, who goes to work on the bus, has “definitely” noticed.

“The potholes on the boulevard are not as bad as the ones I saw when I lived in Ohio,” she says of how freezing temperatures and ice corrode roads so badly. “But there are plenty of them here.

“Besides that,” she says, “most of the bus drivers here drive too fast.”

And, drivers tell me, the long, “articulated” buses (having two sections connected by a pivoting joint) used for the rapid routes cause them to move erratically.

As a rule, drivers are circumspect regarding what they confide about their working conditions. But one driver says he’s grateful to have the Recaro air-cushioned seat he sits on over the course of his eight-hour shift.

“It helps protect my back,” he says. “When the bus bounces so much, it’s probably harder on the backs of passengers than on me.”

So is El Cajon Boulevard in City Heights likely to see resurfacing soon?

“A road will not be repaired until any scheduled capital improvement project is finished,” says the city’s Santacroce, promising to look into it further. Later in day, he emails me: “I do not see any paving scheduled for the area currently. There is a water group job in the area that is scheduled to last until the end of the year.”

After that, perhaps District 9 councilwoman Georgette Gomez could help move things along. Not too long ago she, too, was on the council’s infrastructure committee. At the moment, she moonlights as chair of the MTS board of directors.

While I haven't driven on them recently, there were two streets in the northern part of the city that were very bad. One was Poway Road between I-15 and the Poway city limits--that's Sabre Springs and I suppose Rancho Bernardo. The other one is Pomerado Road north of Rancho Bernardo Road up to the connection with I-15 at Lake Hodges. Both were rough and badly broken and in dire need of resurfacing.

The real disgrace, one that was mentioned, was San Pasqual Road leading from I-15 out to near the Safari Park. It is the route that most tourists (and locals too) take to access the Park. It was horribly broken up which adds insult to injury in that it is also too narrow and far too curvy for a key thoroughfare. Driving on it a week ago, I was pleased to see how smooth it was. But that's all that was done; still very narrow and a few of the curves are real hazards, especially with all the tourists using it.

Santacroce comes off like a typical SD city bureaucrat; his claim that he's unaffected by political considerations and pressure is a real hoot. Of course the city council has influence! Kev-boy, the weak "strong" mayor, has to do some wheeling and dealing to get votes from the council.

Just more incompetence from the City of San Diego.

Maybe our local officials are all just waiting for Domino’s to save the day! ;) https://pavingforpizza.com