How to avoid hipsters

“Man, I remember when it wasn’t so played out” 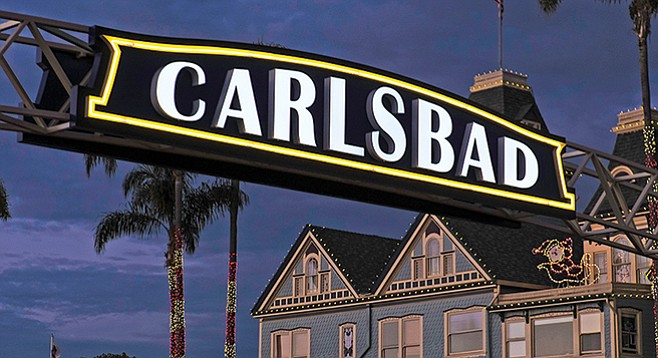 I’ve noticed the way this column often provides helpful (dare I say “invaluable”?) advice on how to distinguish various varieties of hipster from each other, on where to find hipsters, and on why hipsters do the hipster things they do. However, what if I want to avoid hipsters? Where do I go and what do I do to find un-hip locales and activities?

I’m assuming the only reason you might want to go where there are no hipsters is because you, as a dedicated hipster pioneer, wish to be the first hipster in your new neighborhood. In, like, nine years or so, you’ll be able to say, “Man, I remember when it wasn’t so played out,” and you’ll be smugly self-satisfied and right! Very exciting.

Notwithstanding the occasional cranky blogger extolling the virtues of hypothetical small towns supposedly bereft of hipsterkind, you don’t exactly have to go off on some epic quest for unhipster locations. Carlsbad, for example, remains mostly free of hipster stuff, and lots of people drive there every day so they can work at golf companies and the like. It’s not like Carlsbad is, you know, bad or anything. It’s fine. But not very hipster.

Then again, you’ll probably find something hipster no matter where you go. Look under a rock in a swamp in Alabama, and you may well find an obscure variety of wild ramp waiting to make its way to the menu in a trendy NY bistro. Because hipster isn’t really one thing, there’s hipster everywhere in one form or another.

I like a classic movie as much as the next person, or hipster. Classic records are fine by me. Of course, I know some books have withstood the test of time, such that I can reread them again and again, yet they seem fresh, exciting, and new every time. Then again, some things are better left in the past. You write often about the retro-kitschy fandom for all things vintage and old school. Provided there is actually some way of distinguishing them, what distinguishes enduring cultural institutions from forgettable stuff that’s barely relevant to its own time?

Why is Alien (1979) still scary as heck, whereas Species (1995) seems hopelessly corny and wouldn’t scare a 2018 toddler? Both movies revolve around the same basic action: dismemberment of human beings by extraterrestrial life forms. Yet the latter has weathered about as well as a cardboard house.

Why does Nevermind endure to this day, whereas I can all but guarantee you’ll seldom, if ever, hear a single track from Prong’s Prove You Wrong (a credible early nineties metal-grunge record released the same day as Nirvana’s debut) on 91X?

Raw quality has something to do with it, but ultimately the stuff that best endures stands out for novelty reasons; which is different than quality. I think people mess that up a lot of the time, because whether some pop cultural item qualifies as “good” or “bad” changes with the times, and nothing, no matter what some people say, is universally great at all times in all places to all people. However, if you can look back at a movie, book, record, fashion, person, or moment and say “nothing else was really like that until that,” then you have a solid candidate for future greatness, because time will give it placeholder status, standing in for all its peers in our collective memory.