How San Diegans use their spare time 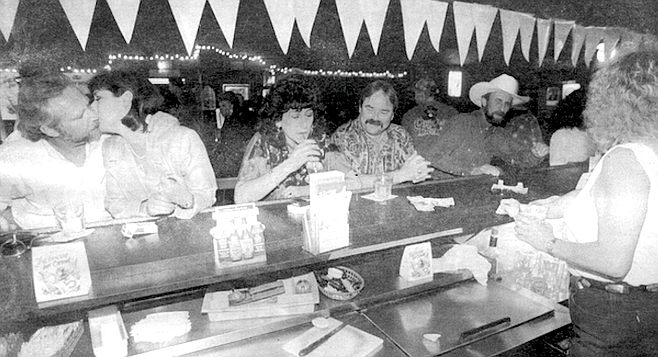 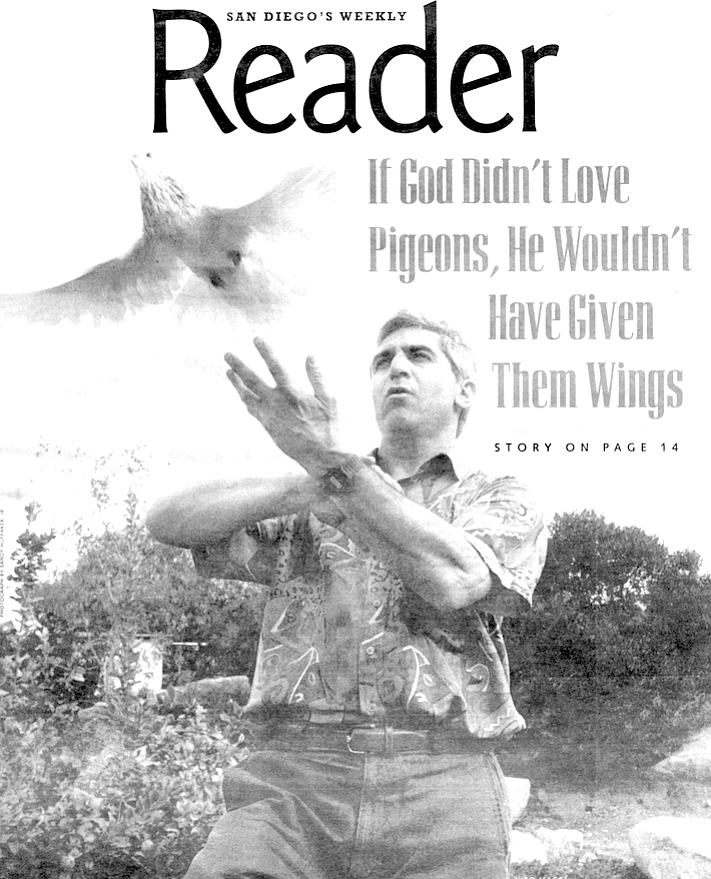 If God didn't love pigeons, He wouldn't have given them wings 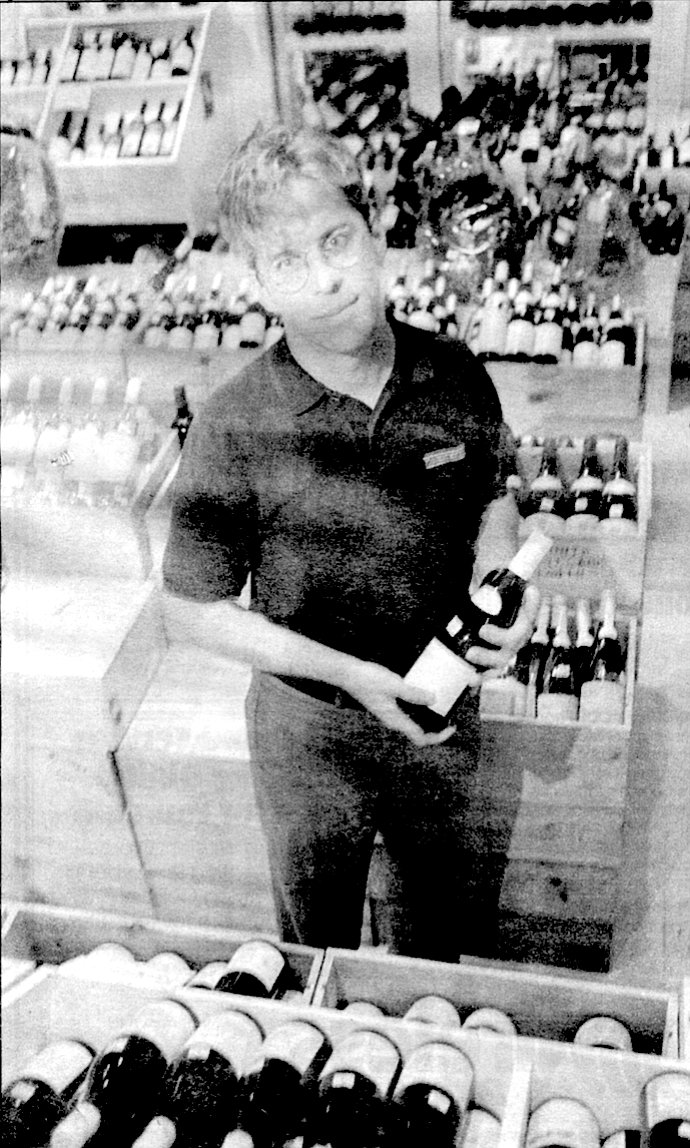 David Derby: "If I say, ‘I think American Pinot Noir is as good as Burgundy,’ all of a sudden, they grab all these great Burgundies to try to disprove that point."

Before becoming a wine store, the WineSellar was a storage facility, three stories of dimly lit, cement and steel, temperature-controlled lockers, stuffed and overstuffed with the collections of San Diego’s wine lovers. The lockers now range in size from 5 to 1500 cases, locked cages with substantial steel grating on their doors. The mere sight of such abundance pulled me in. 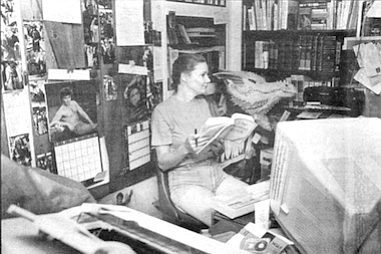 Caro Birchfield got into The Robe and The Silver Chalice — by Costain.

Caro has virtually every historical romance novel written up to June of last year. She doesn’t read all of them, but if she finds a writer she particularly likes, she’ll go and buy the other books of that line. Caro has most of the Contemporary sensual lines as well. The Harlequins, the Silhouettes, and the Love Swepts. She has every Love Swept. 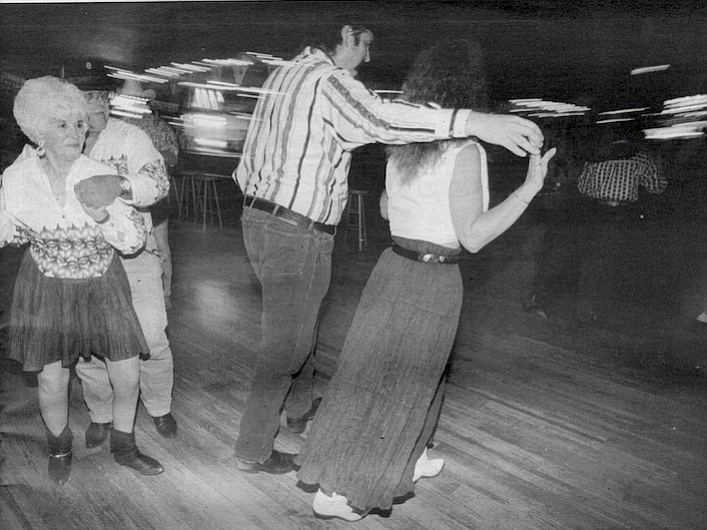 Mary and Pat. Mary agrees with Pat: they like country-western because they can understand the words.

Out there on the dance floor is a bit of paradise

Almost everybody in East County knows about the place, but not nearly so many visit This is because the Renegade has a reputation. Rumors of fights are true, if exaggerated. (Regulars explain that fights occur usually when the rodeo is in town.) But the real source of the aversion is what might be called an aesthetic thing. The tavern is in-your-face like Willie Nelson with his red bandanna. 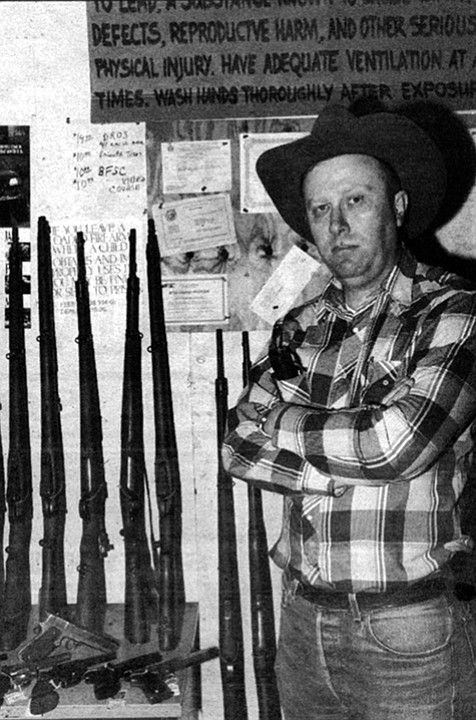 Sullivan often tries to assist others to obtain permits. “You need every parasitic license known to man. It was so bad at one time you virtually had to jack your house up to bring it in.” Nevertheless, he admits that San Diego County has one of the more liberal CCW permit policies in the state but fears that could change with the recent election of the “anti-gun” Bill Kolender as sheriff. 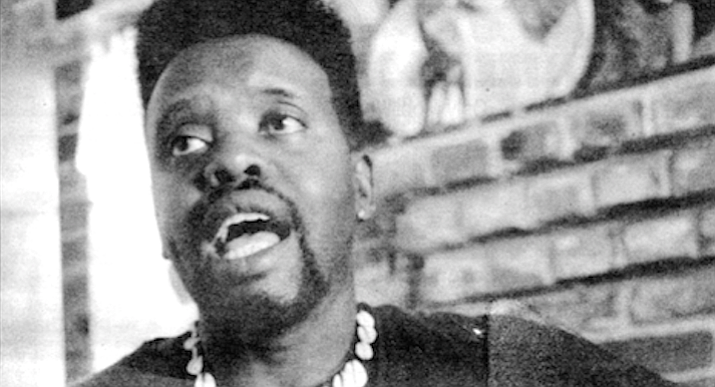 Bernard Thomas: “Mark Lamson? He’s culturally incorrect. You see, you can argue we all go back to one race. But somewhere down the line there developed racial separation."

Drums: the secret language of insurrection

“There are impostors representing African culture in this town,” said Omar Moore, one of the leading black drummers in San Diego. His eyes blazed and there was suppressed rage in his voice. “Booking agencies here get groups of drummers and dancers that have nothing to do with our culture. They don’t even look African, much less speak the language."