Fish & chips by the sea 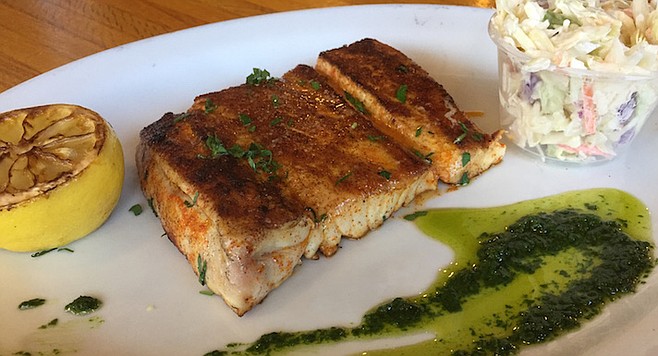 As my man and I ventured from our home office together in search of lunch, we each had a distinct mission: David wanted grilled fish, and I wanted a pretty view and post-lunch stroll, and neither of us wanted to break the bank, so upscale seafood restaurants in Coronado and near downtown were off the menu. 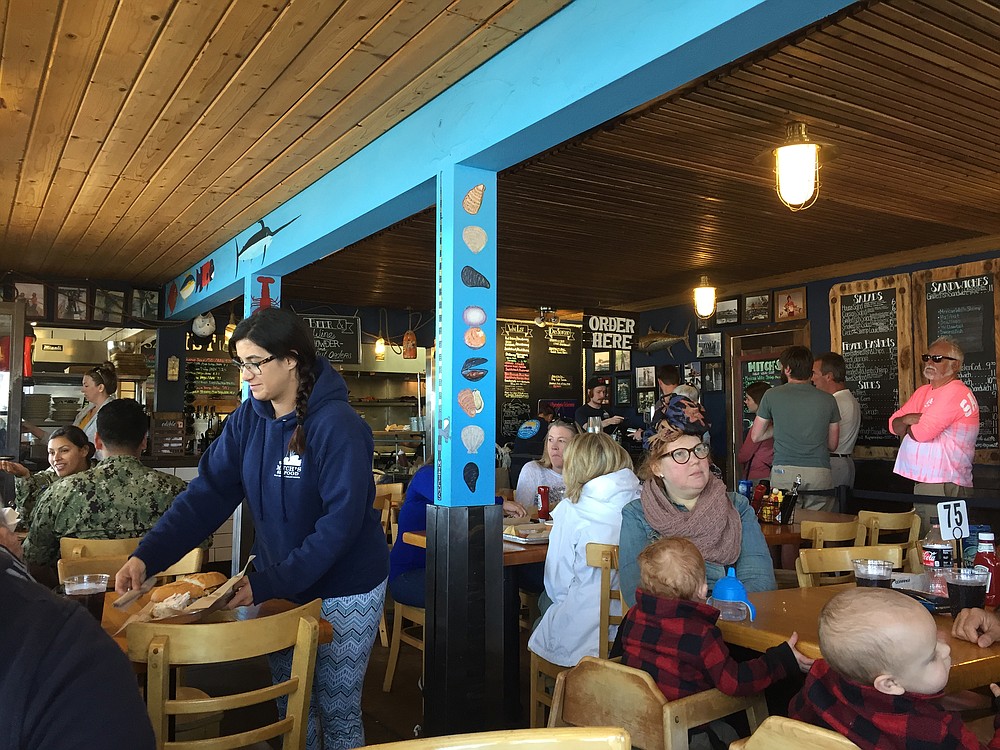 Interior of Mitch's Seafood, though there is also bar seating outside.

David suggested Point Loma Seafood’s (I will never understand that apostrophe). But I was looking to relax, so the idea of waiting to order in that frenetic store and having to eat outside on this breezy day was not appealing. I was driving west on the 8 when David, who’d been nose-deep in his phone searching for options, said, “Just head toward Point Loma, I think I found the perfect place—Mitch’s Seafood.” 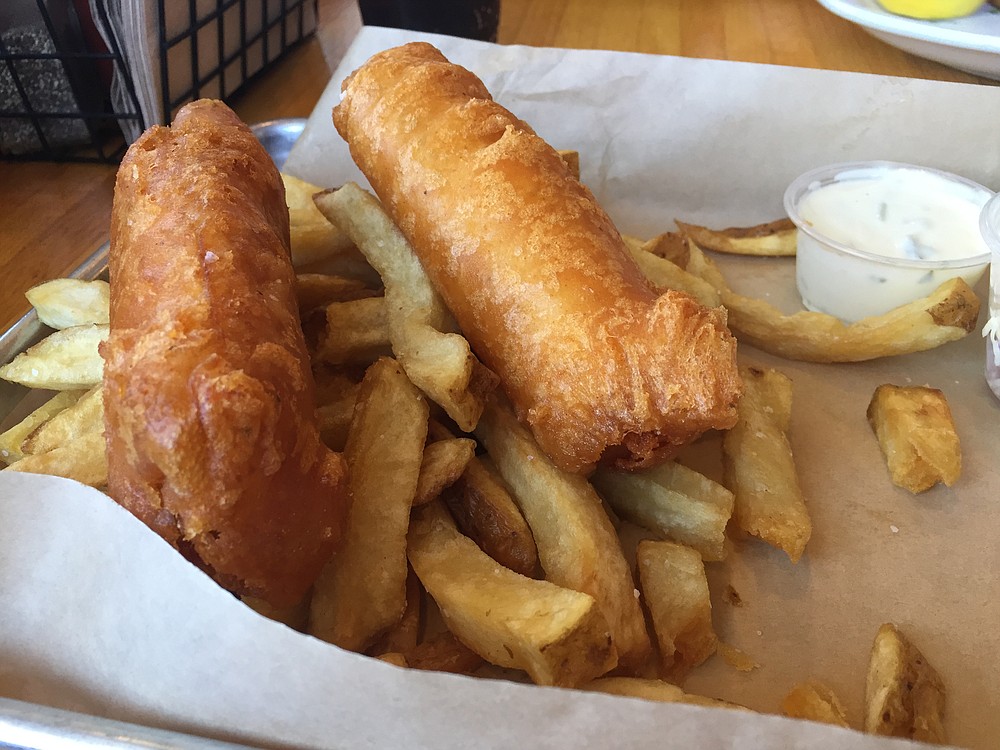 Fish & Chips — the oil was hot enough so that the food didn't absorb it.

At Fisherman’s Landing I saw that parking was $2 an hour "cash or check only" and tried to turn around. The gate attendant informed me that my ticket would be validated at the restaurant, so in we went. There was a line out the door, but I was happy to spot a few tables available inside. 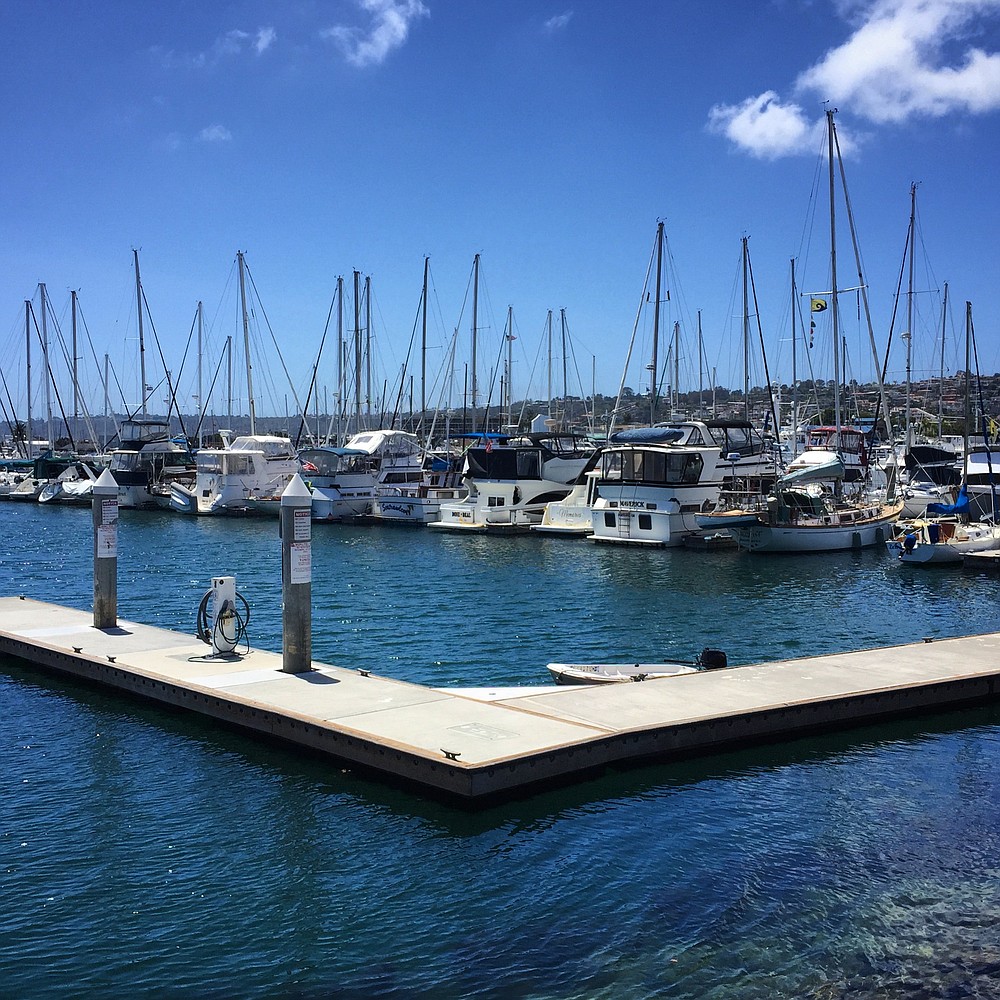 A stroll along Fisherman's Landing

As the line inched forward and we made our way along the chalkboard menu on the wall, David found his grilled fish: yellowtail, prepared with an herb salsa verde and cole slaw ($17). He liked the preparation and the flavor of the salsa verde, but the fish was slightly overcooked. There were juicier, more tender bits at the thickest parts of the cut, but the thinner side was dry.

I went for the beer battered fish & chips ($10.75), two hunks of Alaskan cod with a golden exterior atop fries. My fish was flaky and moist, and the fries were pleasantly crisp on the outside and almost creamy inside. Each morsel was completely dry, meaning the oil was hot enough so that the food didn't absorb it and become greasy.

We were near the window and could view the harbor and docked boats. After eating, we took some time to stroll along the boardwalk. We’d remembered to validate our ticket at Mitch’s, so I was surprised when the gate attendant asked us for $2. Apparently, we’d gone a few minutes over the free hour. David said, “That walk was worth at least $2.”