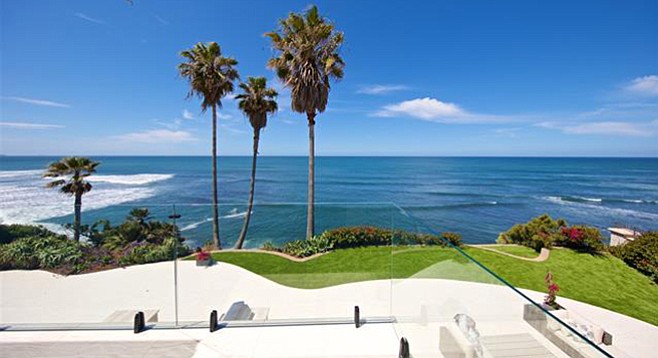 How about an opportunity to own a nearly-new oceanfront estate in south La Jolla for less than half the original asking price? 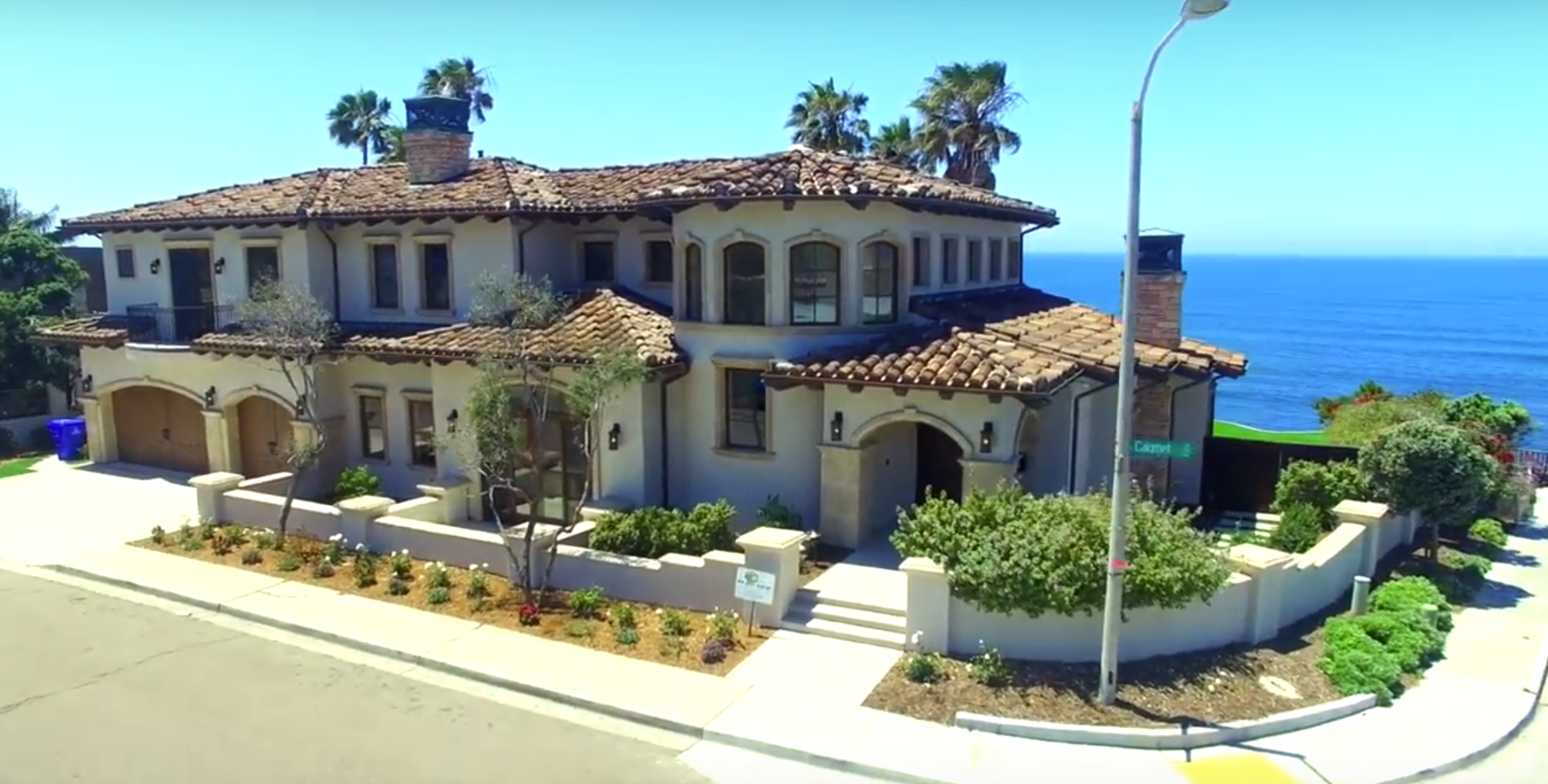 “Once you open the front door you are wowed by the breathtaking ocean views enjoyed through the disappearing glass doors and most main living areas,” listing materials promise. Downstairs, there’s an “impressive great room” occupying nearly 700 square feet of space on its own (more than many local one-bedroom apartments), a “gourmet kitchen with built-in high-end appliances” and “beautiful quartzite countertops,” and an “oversize chef’s island for entertaining,” along with one of the home’s two master suites. 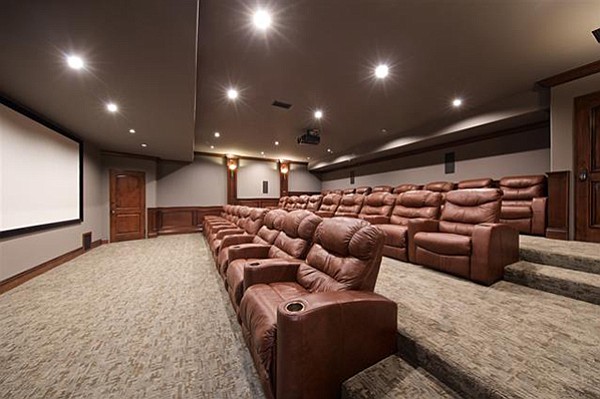 Because the hoi polloi have forgotten how to behave at the cinema.

A “gracious, elegant staircase escorts you the second floor,” where one finds three more en-suite bedrooms and a second laundry room to complement its first-floor counterpart, along with an office-slash-optional sixth bedroom and a second master boasting “custom doors that opens to the oversize balcony overlooking Pacific Ocean, surf and sounds” along with dual walk-in closets and a custom bath with separate shower and soaking tub.

Outside, newly-installed minimalist landscaping tapers along the bluffs to the ocean below, while a large concrete slab patio surrounds the “rare oceanfront pool and spa,” providing outdoor entertainment opportunities with a second kitchen with built-in barbecue. 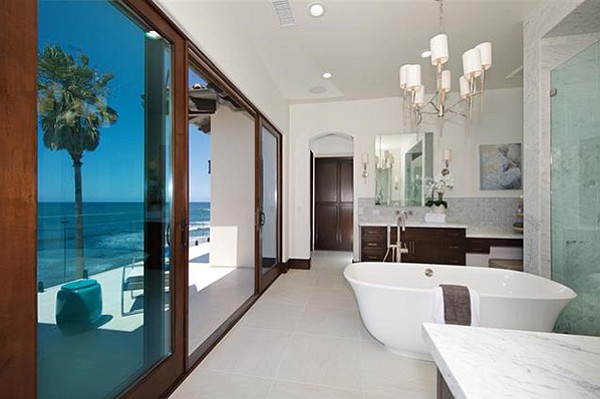 Why bathe in the sea when you can bathe overlooking the sea?

Though it appears the home may never have been lived in, the listing nonetheless states it’s recently been completely remodeled, “with designer selected custom features and accents throughout,” along with new carpet, paint, “designer light fixtures,” TVs and electronics, and new central air conditioning and security systems.

At the time, many Americans were recognizing signs that the housing market was beginning to weaken, having peaked a year prior. The bursting of a housing bubble that would usher in the Great Recession, however, would not be felt in the luxury market for another year or two. 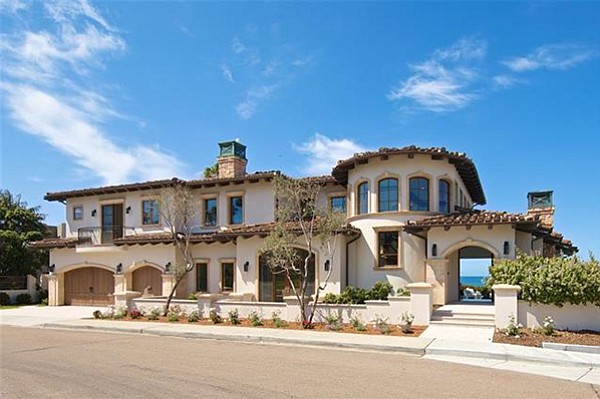 Meanwhile, construction began and in February 2009 the finished, state-of-the-art Calumet mansion was listed for $24,500,000. It sat on the market for nearly a year before the listing was canceled. Immediately re-listed with a drastically reduced price tag of $16-18 million, the home still drew no buyers despite spending an additional 560 days on the market. Prices had begun to stabilize along the real estate ladder’s lower rungs, but the investors snapping up entry-level homes for rentals were less interested in the ultra-luxury market, which was in free-fall.

By 2012 the price had dropped to as low as $13.5 million, but there were still no takers. An attempt by the two investor-owners, San Diego-based Thomas Wagner and Jon Prusmack of New York, to sell the property at auction also tanked. The pair finally offloaded the property in 2014 for just $13 million.

In June 2017 the primary lender, who had originally funded $13.5 million to the group and was by then owed over $18 million including unpaid interest and legal fees, acquired title to the property through a trustee’s sale. After completing updates to make the brand-new (yet 10-year-old) home appealing to luxury buyers, the property was re-listed in early April for just $11,998,000, a price that remains unchanged to date.