George Plimpton: a life lived on a "wouldn't it be crazy if" basis

The number four most hipster thing ever 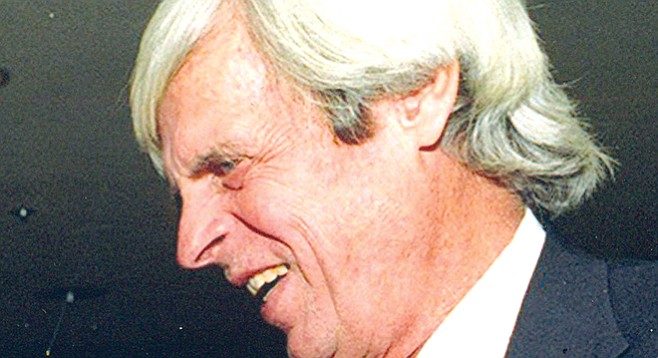 As promised, I now continue a painstaking countdown of the five most unequivocally hipster things that have ever happened. Last week, I noted the existence of the Hindu Love Gods. This week, I turn away from unusual alternative rock collaborations and towards a wholly different niche of relevant goodness.

The Fourth Most Hipster Thing Ever to Happen is George Plimpton — and I don’t mean any particular thing he did. His entire existence is pure hipster, from birth to death.

Think about it. A laughably privileged white boy who flunked out of his prep school, partied his way through Harvard, and then enjoyed a career of inspired journalism and extreme living, Plimpton founded arguably the most important literary magazine in the world and then ran it out of an anchored boat for a while. In his day, he was perhaps the ultimate scenester, equally chummy with Kerouac and the Kennedys. With his pedigree, Plimpton could have ruled Wall Street or been Secretary of State; but instead he wrote about what it was like to get punched in the head by a professional boxer, and pulled off one of the most famous April Fool’s jokes in history.

George Plimpton’s life is everything you love and everything you hate about hipsters, writ large and seemingly lived entirely on a “wouldn’t it be crazy if” basis.

Michael Stipe’s name keeps popping up in my life, seemingly out of nowhere. Now, I see you mentioned it recently. Stipe strikes me as a bit of a self-important prick, and I always wondered why my hipster friends then and now like R.E.M. Thus, I consider more than one Stipe-related occurrence in my life a surfeit. Is this some sort of sign of impending doom?

Let me unpack that a bit, because I see two issues. One’s easy, the other hard.

Your hipster friends dig R.E.M. because that band, whether you like them or not, was groundbreaking to an extent few 20th-century musical acts have, will, or can ever hope to equal. If you disagree with that, well, you’re wrong and I can’t help you. Sorry. That alone endears them to the hipster set, because innovation in whatever form carries tremendous weight with a crowd that places such value on individuality. 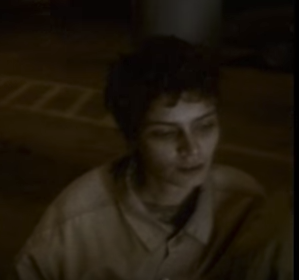 As to the second, trickier point regarding R.E.M. vocalist Michael Stipe’s alleged prickishness and self-absorption; I think you suffer a typical case of Hating Liberal Celebrities (“HLC”). Oddly, HLC occurs with equal frequency across political demographics. Even the people whom the liberal celebrities would ordinarily claim as allies hate the liberal celebrities. I cannot explain this distaste for Michael Stipe, Richard Gere, Bono, et al., yet I agree with you that there is something... off... about famous, successful people having the audacity to also be decent human beings who want to do some good in the world. It’s not all that different from hating hipsters who insist on fair trade coffee beans. By any objective measure, these are good things; yet they just grind our collective gears for no good reason whatsoever. Not that it really matters in the long run anyways, because “Nightswimming” is 100 percent That Goddamn Good.

Now, no more about R.E.M. for a few months, please.