Why the great composers collaborated with ballet

Charles McPherson on composing "A Night of Jazz and Dance 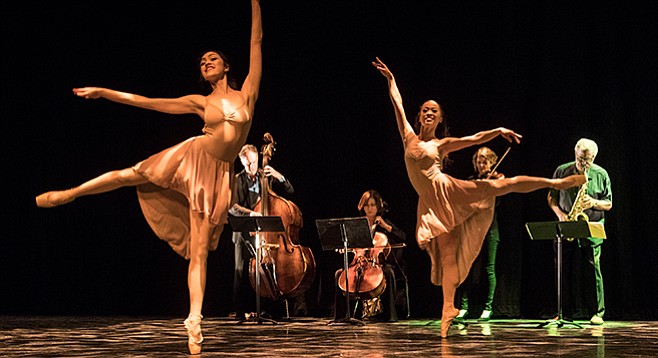 Although alto saxophone master Charles McPherson moved to San Diego in 1978, gigs in his adopted hometown (he was born in Joplin, Missouri, moved to Detroit and ultimately, New York City) are relatively few and far between. Instead, he maintains a busy touring schedule across the U.S. and Europe.

That relative paucity of local shows gets a shot in the arm for three days in May when he appears in collaboration with the San Diego Ballet in a show that prominently features his 25-year-old daughter Camille, a featured soloist celebrating her sixth year with the company. The elder McPherson is again joining forces with choreographer Javier Velasco to present the politically charged program “Reflection and Hope,” under the title A Night of Jazz and Dance.

This affiliation has been a long time in the making. “I started taking her to dance lessons when she was four or five years old,” says McPherson. “I did write a little tune for her back then called ‘Marionette,’ because she had a puppet she would play with. But other than that, I hadn’t really thought about this fusion of music and dance.” 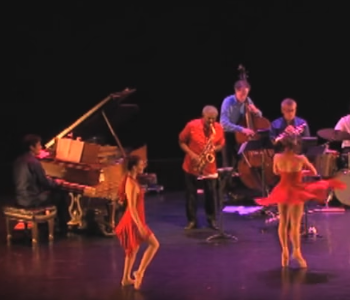 That possibility of collaboration first manifested four years ago. “All of this came about because she grew up and got a job with the San Diego Ballet. Eventually, I met the choreographer and he knew who I was. We decided to apply for a Creative Catalyst grant and we were successful, which led to the production of Sweet Energy Suite. Part of the requirement of the grant is to work outside your comfort zone. For me, it was working with dancers. Since then, I have become a composer in residence for the company.” 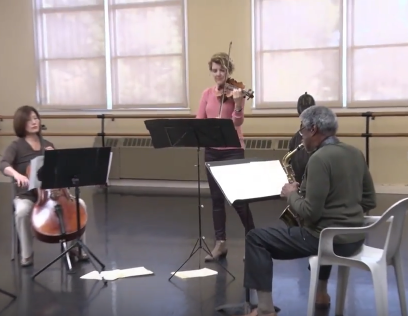 Politics provided the material behind McPherson’s latest work. “Last May, I wrote a piece that was inspired by Trump’s election. It’s a suite, in two parts. The first is called 'Reflection' and it’s a very dark, foreboding piece. The companion piece is called 'Hope;' it’s more optimistic — brighter and happier.”

The music is scored for McPherson’s saxophone, with a small chamber group featuring Rob Thorsen on bass, Päivikki Nykter on violin, and Cecilia Kim on cello. Writing music for ballet requires a certain exacting perspective. “Everything I’m doing is based on the awareness of people moving onstage. It’s a challenge, because I have to balance improvisation against the necessary cues for the dancers, because they’re not improvising. I have to be aware of the tempos and keep them consistent. It’s a little more structured, a little more disciplined.”

Working with his daughter gives everything additional layers of meaning. “All kinds of things go through my mind when I’m watching Camille dance,” admits McPherson. “Of course, I’m proud of her, and I flash back to all of those dance lessons, and watching her as a little girl. But now I’m actually performing with her, and that’s a whole different proposition. The only thing is, I can’t really watch what she’s doing while we’re performing, because I’m staring at this music here and things have got to be correct. I’m actually very nervous and tense, because if I mess up, I really mess up, and it’s all on me. It wouldn’t be the dancer’s fault or the violin player’s fault, so it’s a nerve-racking experience for me.”

Still, there are opportunities to take from the whole personal connection. “On the previous work, I wrote a tune called ‘Nightfall,’ which is a duet between my daughter and a male dancer. It’s got very beautiful movement, and at one point, she’s down on the floor, and I go out and play a solo and she looks up at me. It’s very emotional. Even though it’s all been choreographed, I can see the real emotion in her smile. I can see it in her face.”

His latest work contains a very different emotional message, according to his wife, Lynn Sundfor McPherson. “Charles got the commission to write this right after the election, but he didn’t feel like writing anything. He and Camille were both sitting on the couch crying in the aftermath of November 9.”

“For me, ‘Reflection’ is so dark because I’m contemplating how he got to be president,” says McPherson. “The platform he ran on was based on racism, misogyny, and ‘fear-of-the-other.’ This whole thing about building a wall to shut out all the brown people. His winning begs the question of whether democracy can survive in a pluralistic society. It’s hard enough for democracies when everybody looks the same — there’s always a ‘them and us’ dynamic. When you add race and color, it becomes that much more difficult.”

Working with his daughter and the choreographer Velasco has heightened McPherson’s awareness of how all disciplines are related. “All art is in some way connected. I could look at a painting and see a musical line. I could visualize something inspired by that. But being aware of that connection and actually composing for a different art form takes it out of the abstract and makes it very real. I have to visualize music that coincides with people moving and dancing across the stage. It’s a challenge, but that’s why the great composers collaborated with ballet in the first place.”

A Night of Jazz and Dance takes place at the Lyceum Theatre on May 18 and 19 at 8 p.m. with a Sunday show at 2:30 p.m. on May 20. Also on the program is Kamau Kenyatta’s debut of Cityscapes—A Tour in Sound and Motion.