Lots of bait off La Jolla 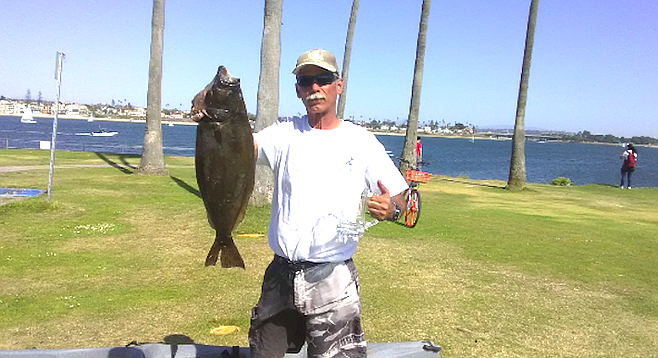 Saltwater: It is still rockfish season and the counts reflect that. A couple of windy days kept most boats and anglers ashore this past week, even so, the number of anglers showing up at the landings has been steady-good so far this April. Bluefin tuna are showing in spots outside from the 60 -mile bank up to the San Clemente area.

Yellowtail have been slow on the chew but they are there in the usual haunts and biting deep in spring mode for the anglers fishing the Baja coast from the Coronado Islands south. La Jolla has been holding spots of yellowtail and tanker white seabass — occasionally boiling up in bait off the kelp line. Last time out, sardines were flipping the surface, mackerel and small bonito holding beneath. The yellows and seabass are fat and sluggish on the bite but are beneath the bait and will sporadically rise on a ball of sardine when hungry.

Saturday, April 14, 140 anglers fished in the Mission Bay Classic kayak tournament. Bass — spotted, sand and calico — were the target of most of those paddling out from Santa Clara Point, though a couple dozen chose the halibut division. It was a tough day for most; many fish caught came in under the 14-inch minimum.

The first- and second-place finishers opted for the long paddle against the tide out through the jetties to target calico bass on the kelps between Point Loma and the area south of the reserve off Bird Rock. Third place in the bass division went to an angler that chose to work the eelgrass line in 8 to 12 feet of water in Sail Bay within a mile of the launch at Santa Clara point. Only one legal halibut was caught — by an angler in the bass division.