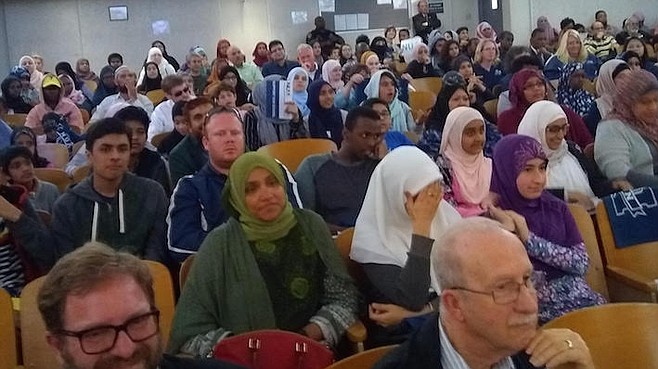 On April 3 the San Diego Unified School Board granted the charter school petition of National University Academy 1001 STEAM, the first approval of a charter school new to the district in over four years. 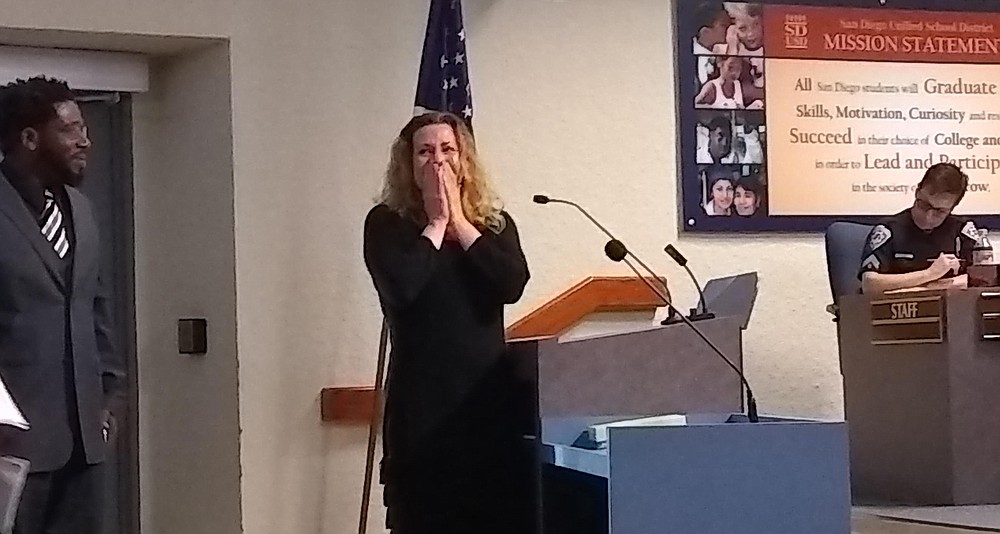 1001 STEAM, located in the Kearny Mesa neighborhood of San Diego, has been operating as a learning center under the charter of National University Academy of Vista. Their charter is authorized by Lakeside Union School District.

After the 2016 California appellate court decision in Anderson USD v. Shasta Secondary Home School, California schools have had to petition the districts where they are located for their own charter.

The National University Academy in Vista was affected by the court ruling. They have a hearing April 12 for their petition to receive a new charter from Vista Unified School District, where they are located.

1001 STEAM’s first petition to San Diego Unified was denied May 16, 2017. Their second petition was nearly denied in March 2018, but after continuing the hearing to April and fixing deficiencies district staff found, the 943-page petition was granted.

When a charter petition is denied by a school district, trying again in the future or giving up are not the petitioner’s only options. They can appeal.

When the School of Universal Learning of Solana Beach applied to the San Dieguito Union High School District for a charter, their petition was denied (October 13, 2016.) Instead of risking an uncertain outcome on a future attempt and indefinite delays to their school opening, they chose to appeal to the San Diego County Board of Education, as reported in the Rancho Santa Fe Review.

On January 19, 2017 the county board approved their petition. It was the first charter approved by the county on appeal in over 13 years. The county approved another shortly after, making three county-supervised charter schools in total. The board that approves a charter supervises the charter.

If a petition is denied by both district and county a final appeal can be made to the California State Board of Education.

Thrive Public Schools of the City Heights neighborhood of San Diego was approved by the state board in 2014 after being denied by both the San Diego Unified and county boards. It is one of four existing state-approved charter schools in the county.

Since the growth of charter schools in San Diego County reached its peak in 2013, local school districts have been putting on the brakes. However, the county and state boards have been hitting the gas, especially the state board.

In 2013 six new charter schools opened under San Diego Unified. That number dropped to two in 2014, the last year new grassroots schools were opened in the district (Elevate Elementary School and Empower Charter School.) From that time until April 3 of this year the district only approved two modifications of existing charters and two expansions of existing district charters.

On March 15 the State Board of Education approved the charter petitions of Vista Springs Charter School of Vista, Baypoint Preparatory Academy of San Marcos, and College Preparatory Middle School of La Mesa. In that meeting the state board approved five out of the six charter petitions on appeal they received from across the state. Half of those appeals came from petitions that were denied in San Diego county.

Not everyone agrees with the appeal options petitioners have. The California Teachers Association is backing a currently tabled state bill (SB 808) that would eliminate the appeals process and give local school districts final say in granting charters.

Steven Baratte, a spokesman for the California Charter Schools Association, said the appeals process current state law provides is necessary because some districts are anti-charter and can deny a petition for any reason. He said at the heart of the disagreement is competition for funding.

“Funding follows the student, as it should, so if a student leaves a traditional public school for a charter public school, the district sees itself as losing that money,” he said.

McQuary wasn’t yet on the board when their denial of Thrive’s petition went against staff’s recommendation to approve it. Thrive CEO Nicole Assisi has only positive things to say about the school district. “Both the district and the charters are all in this for the students we serve,” she said.

McQuary explained that charter schools were established in California in 1992 to “encourage innovation and exploration” and it was believed that “additional freedom and flexibility would better enable teachers to meet the needs of their students.”

Charter schools choose their own state-approved curriculum, operate under their own board of directors, and are considered their own local education agency. But they are not entirely free and independent.

O’Farrell Charter School superintendent Jonathan Dean explained: “Charter schools operate as public schools - they receive both state and federal funds and must meet all state and federal guidelines. The difference is that they do not fall under the jurisdiction of the district's board of education, other than the fact that they are responsible for renewing the school's charter every five years.”

Kavod Charter School director Alexa Greenland said that with the additional freedom and flexibility comes additional accountability. “If a charter school isn’t performing or there are concerns with the operations, they can be shut down, whereas neighborhood public schools typically will not be closed,” she said.

She added, “The district is required to have a site visit every year in which we must show our board minutes and evidence of all legal compliance.”

Greenland said she prefers non-union teachers because it is easier to hold them accountable and evaluate whether they are meeting the needs of the local school.

Charter schools tend to have unusual programs (not to mention unusual names) and fall into a particular educational niche.

After getting their approval from the county board SOUL opened for the 2017-18 school year at the Boys and Girls club on Lomas Santa Fe Drive between Highway 101 and I-5 in Solana Beach. They are enrolling students for grades 7-10 for next school year. The school bills its “Integra” program as the heart of the school. Del Mar Times reported the program includes morning meditation, self-development, and reflection sessions.

1001 STEAM is an independent study program for grades 6-12 located on the campus of National University, at Aero Drive and Aero Court, in Kearny Mesa. Students get instruction both online and on-site.

As part of its emphasis on science, technology, engineering, art and mathematics (STEAM) the highlight of the school is its robotics program. Students benefit from use of the university’s robotics lab and instruction from university professors.

Despite having to travel to three different school boards before getting their charter, Thrive Public schools has grown to an enrollment of 650 in grades K-12 and next school year they are adding two campuses in Linda Vista. Thrive currently has three City Heights campuses and will reduce them to two next school year.

Thrive CEO Nicole Assisi says project-based learning “gives all students exposure to all kinds of aspirational roles and responsibilities.” Students at Thrive have created products with the help of mentors in a “mini-shark tank experience” and sold their products in a marketplace event at the school.

Kavod Charter School is located on Marathon Drive, a half block north of Fermi Avenue in Serra Mesa, but will be moving to Balboa Avenue near the 805 in Clairemont. 180 students in grades K-5 are enrolled. The school is unique for being the only public school in the county that offers Hebrew language immersion.

The O’Farrell Charter School is located on Skyline Drive east of 61st street in Encanto. They offer grades TK-12 and educate 1,747 students.

As part of its emphasis on college preparation O’Farrell strictly hires only teachers who are credentialed in the subject they teach, implements AVID methodologies in each grade K-12, and uses Naviance to track students after they graduate. They have a uniform policy, which they claim creates community and cuts bullying.

The California Charter Schools Association held their 25th annual conference at the San Diego Convention Center March 26-28. There the Charter School of the Year award was given to EJE Middle Academy of El Cajon.

EJE has a unique 90-10 Spanish-English dual language immersion program. Students speak Spanish 90% of the day. And the school conducts home visits with every student.

A full list of charter schools in San Diego county can be found on the website of the San Diego County Office of Education.