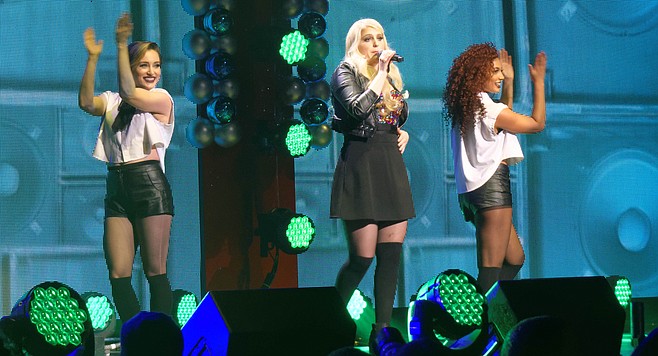 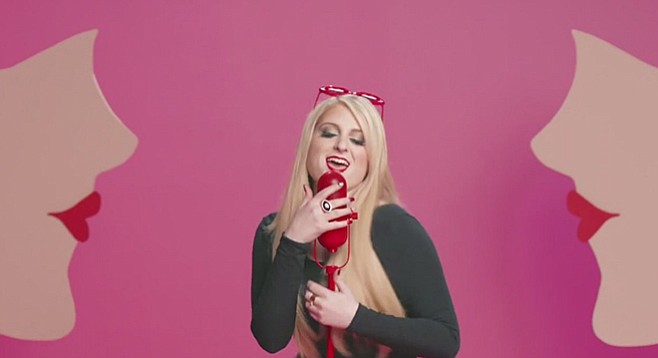 The Chainsmokers and Miguel

The Channel 93.3 Summer Kick Off Concert at Mattress Firm Amphitheatre on May 11 is headlined by The Chainsmokers, Miguel, and Ne-Yo, but oh-so-identifiable pop singer Meghan Trainor will be filling an awful lot of seats with her own devotional “megatrons,” (as her fans like to call themselves, having hijacked several web domains from the hands of baffled Transformers collectors). Growing up on Nantucket in Massachusetts, Trainor says issues like female body image, self-esteem, empowerment (or lack thereof), and social status made such an impression on her that she later used those experiences and feelings to fashion several albums that she released independently before graduating high school. Her 2015 major label debut yielded three monster top ten singles, most notably the now-iconic “All About That Bass,” giving her enough career momentum to survive what’s usually the kiss of death for an emerging talent, a Grammy Award as Best New Artist. The first single from her upcoming third studio album just dropped: No Excuses, which comes with a music video featuring multiplied images of Trainor mega-modeling a series of retro J-pop inspired outfits, including a Seinfeldian open-shirt brassiere and a masked superheroine of sorts, as she sings over a bouncy beat “Why you acting like you never met a lady, I don’t disrespect you, don’t you disrespect me.” Much more Powerpuff Girls than Transformers! Also appearing are somewhat lesser lights such as Iggy Azalea, Troye Sivan, In Real Life, and Lauv. 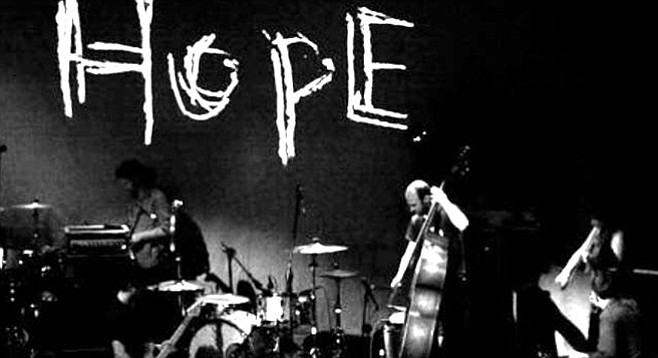 Taking its name from a 1976 Japanese black and white documentary, Canadian collective Godspeed You! Black Emperor helped define the contemporary experimental music scene in much the same way that King Crimson’s In the Court of the Crimson King coalesced prog into a definable, recognizable genre unto itself for the first time. The founding trio (Efrim Menuck, Mauro Pezzente, Mike Moya) spent several years distilling their cinematic soundtrack approach to composition before debuting on record in 1997, and all three multi-instrumentalists are still at the helm for a sixth studio album, Luciferian Towers, which dropped a few months back. It’s as atmospheric and fog-drenched as you’d expect from a band whose previous album titles include Lift Your Skinny Fists Like Antennas to Heaven (2000) and Asunder, Sweet & Other Distractions (2015). As always, tapers are invited to record their gig at Observatory North Park on May 22, where they’ll be mounting a new set of multimedia loop projections and light show flourishes for the newest leg of a headline tour that includes opener Marisa Anderson. 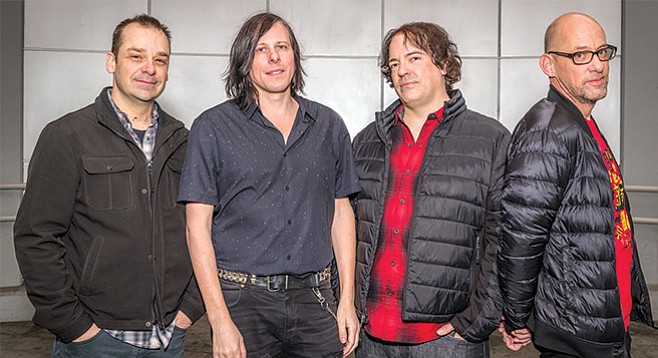 The Posies — Much melancholy within the sparkle

The Posies and Terra Lightfoot

Long before busting straight outta Seattle’s University District with a widely distributed homemade cassette, the Posies were already blowing minds with their intellectual and sardonic style of harmonic pop. Their major label debut on Geffen in 1989 only confirmed what many already knew: too few musicians know how to smile up there in Washington, but the Posies would spend the next quarter century attempting to rectify that dearth of northwestern delight. Note that keeping things lit up and shimmery can be a Herculean chore for a band that has seen two longtime members die in the past three years, bassist Joe Skyward and drummer Darius Minwalla. Their most recent album, Solid States, evinces much melancholy within the sparkling harmonies and free-flow melodic passages, filled with lament and self-criticism that only reveals itself as contemplative on closer inspection of the lyrics. Still manned by founding songwriter duo Ken Stringfellow and Jon Auer, their May 26 appearance at Soda Bar also includes Canadian roots rocker Terra Lightfoot, whose multi-octave voice and crunchy guitar chops bring to mind Florence Welch as if fronting Creedence Clearwater Revival. 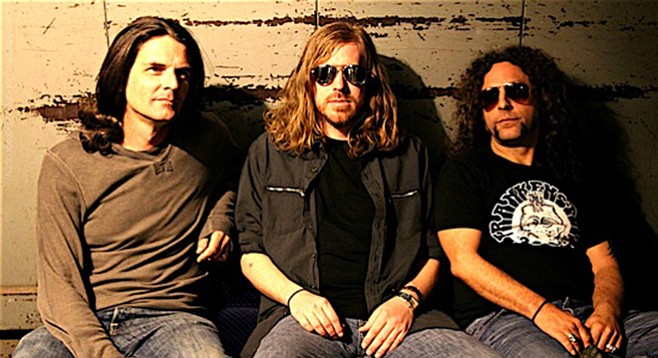 The Sword and the Atomic Bitchwax

Where else but New Jersey’s grimy streets and greasy shoreline could have spawned a party-all-the-time stoner doom band like the Atomic Bitchwax, who take an obsession with Rush-style prog ‘n’ pomp and meld it with the slogging sonic backdrop of far more vicious acts like San Diego’s own Cattle Decapitation. If you enjoy the comic book rock of bands like Monster Magnet (which shares two members with Bitchwax, singer-bassist Chris Kosnik and drummer Bob Pantella), or pop-culture satirists like Mr. Bungle, you could do a lot worse that catching Atomic Bitchwax at the Belly Up on June 9, where the bill includes the Sword, a stoner metal band from Austin, Texas. 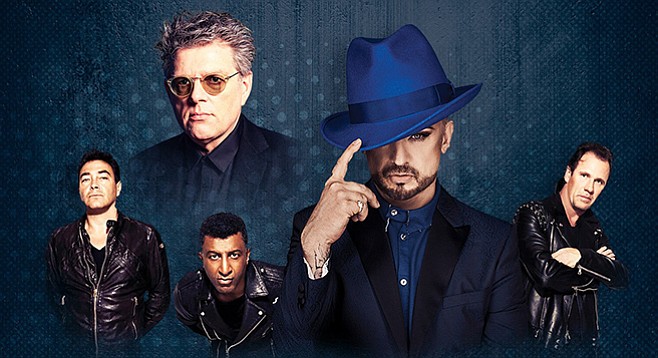 Boy George — Time will give him time

Boy George has come a long way since Robin Williams famously parodied one of his songs with a line threatening to do him bodily harm (“Do you really want to hurt me? Yes, we do!”), and even longer since being convicted of handcuffing and beating a male escort with a chain, and finding himself photographed by paparazzi while picking up NYC street trash as part of court-ordered community service stemming from falsely reporting a robbery at his Manhattan apartment. This is a guy who has long had cause to sing the blues (even if most of the dues he’s paid were clearly bills long overdue), although the era of his emergence resulted in a heavily synthesized and BPM-programmed variety of the blues peculiar to the era that spawned his best known musical project, Culture Club. The dance club icon born George Alan O’Dowd has revived the Culture Club moniker for a new album, Tribes, and a support tour due to hit SDSU’s Open Air Theatre on September 25.

Opening the show is Tom Bailey of the Thompson Twins, who has kept a low profile since the Twins split in the early ‘90s. He did turn up with one fellow Twin in a band called Babble, as well as recording a series of solo electronica albums as International Observer that few seem to have connected with his former musical endeavors. Around four years ago, he began performing solo concerts where he played Thompson Twins songs for the first time in years. He’s apparently been working on a new solo album since the days of Obama’s first presidential run that he’s finally preparing to release, preceded all the way back in 2016 by a single and video for “Come So Far.”