A warm greeting in a glass

Bartender Wetherbee "wanted to encapsulate the freshness of Thailand" 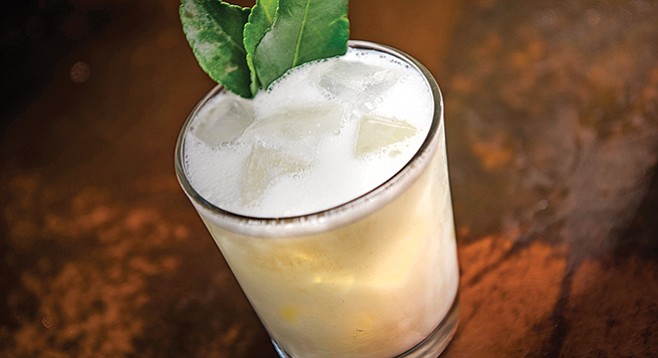 Say “Sawatdi!” to the Sawadee!

“Sawatdi” is a common Thai greeting (like Hawaii’s “Aloha!”) and the Sawadee (same word respelled for the American palate) is one of the newest inspirations from Prohibition mix-master Heath Wetherbee. 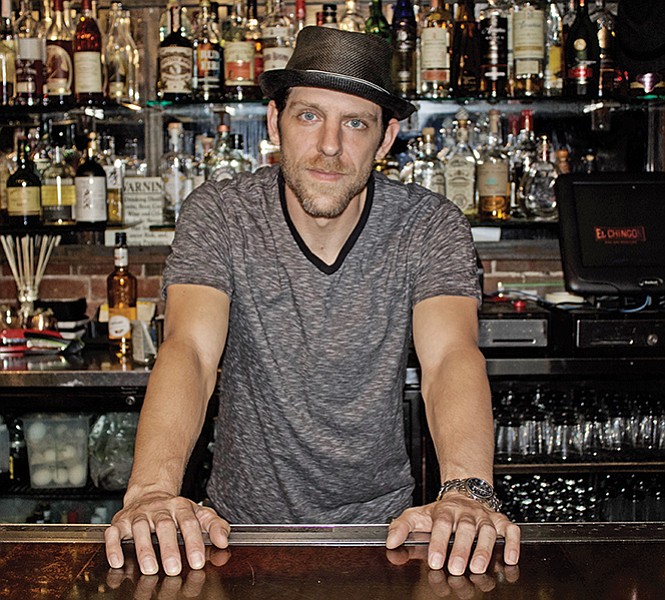 “‘Sawatdi’ is a very warm greeting or farewell in Thailand,” he says, “and it’s the perfect name for the drink. When I serve it I tell people, ‘Welcome to Thailand!’”

For their newest creations, Wetherbee and Prohibition’s other bar folk gave the globe a whirl and spun out a United Nations of cocktails.

“The new menu we created is all about our travels around the world,” Wetherbee says, adding that a visit to Thailand inspired his contribution to the spirited globetrot. “I wanted to encapsulate the freshness of Thailand.”

While striving to create the cocktail version of a popular Thai dish, mango sticky rice, Wetherbee realized that pureeing mango would slow production. So he dropped it from the recipe, but kept the other ingredients—such as the kaffir lime infused in gin.

Unlike the smaller, juicier San Diego variant, he says, the Asian kaffir is a mostly dry affair on the inside, with all its virtues on the outside.

“The kaffir’s thick skin and the leaves,” Wetherbee says, “are used because of their aromatic quality.”

The kaffir doesn’t dominate the Sawadee, he adds, but it is the first greeting (among many) that the drink imparts.

“It’s a foreign scent to most people,” he says. “It’s going to smell bright. Then when you take your first sip, you get hit with the viscosity from the milk syrup – a smooth, soft creaminess.”

And there’s no aggression to the greeting, Wetherbee says, because the infusion process mellows the gin.

“The ethanol backs off a bit,” he says. “You get the milk and creaminess, then the top of the citrus from the lime juice, the coconut, and then the heat from the bitters comes on right at the end.”