Recycling thief caught up with in Lakeside

"I know it's only cans, but they are ours and on our property." 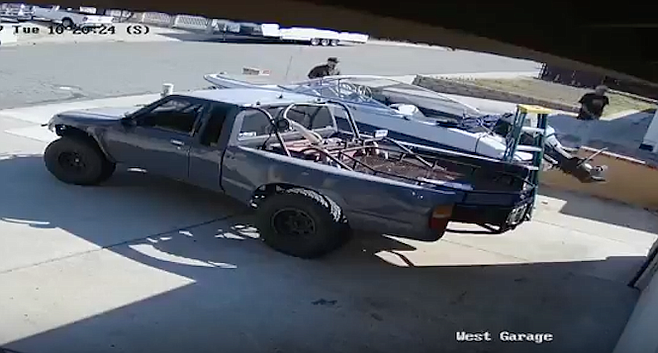 Trespassing thieves caught in the act 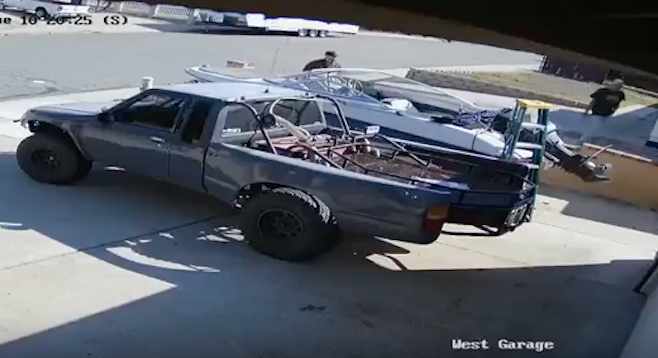 The 39-year-old Lakeside resident can see his driveway even when he's at work — thanks to his Night Owl Extreme surveillance system.

"At around 9 a.m. this guy walked up our driveway scoping things out," Cremeans said. "He spotted our cameras, then bailed."

His wife got home and discovered that their stash of recyclable cans on the side of their house had been taken.

"I know it's only cans, but they are ours and on our property," Cremeans said.

Soon after, he made a police report. "The responding deputy didn't recognize [the guy he caught on camera]." Cremeans then posted a video of the guy on YouTube and screenshots on his social media.

Dawn Gaut, 51, recognized the man in the video. "A few weeks ago he rang my doorbell [and] by the time I got to the door, no one was there," she said. "Then I left a few minutes later and saw him walking around my neighbors’ driveways and side front yards, looking in open garages [by E. Main Street]."

"I [also] recognized the person in the screenshots," said Elizabeth, who lives close to Gaut. "I worked at Walmart on Camino Canada for seven years [and] this man would hang around there and collect cans and whatever else he could outside the store — from the trash cans in the parking lot."

On September 26 at 10:20 a.m., the man in the camera returned to Cremean’s house, but this time with an accomplice.

"I was at work [in Julian as an equipment operator]," Cremeans said, "and I saw him on my phone — I was fuming. I couldn't believe he came back [and] I couldn't sit at work knowing that this was going on at my house."

Cremeans hurried home and the guy was long gone. He noticed that they took both of his automobile batteries on the side of his house, so he then proceeded to Jasso Recycling Center and Quality Recycling — to see if the "12-volt bandits" took them there.

"[Jasso doesn't] take batteries, but I confirmed his name with the person there and she said he is a regular guy that comes around...[and] Quality Recycling takes batteries but hadn't seen the guy."

Gaut empathized with Jeff and his wife. "We recycle about four trash bags [and] it takes months for us to save those up...we get about $30."

Elizabeth agreed with Gaut and said, "We usually get between $30 and $50 for a few months of cans and bottles. I think that Jeff has every right to post [videos of] what happened on his property. These transients around here are getting bad and something needs to be done."

After Cremeans checked the recyclers he picked up his daughter from school at 3:30 p.m. He then went to Walmart to see if he could spot the thieves there (from Elizabeth's tip).

"I happen to glance left at 7-Eleven and spot the guy riding a bike [and] I get turned around and he is riding right at me. I asked him if his name is [the name confirmed by the people at Jasso] and he says, 'Yes.' I said, ‘Hold on, I need to talk to you.’…

“After some verbal pressure and the video [evidence], he admitted that he took the stuff. He said sorry a bunch of times and said he would bring them back [and] that my neighbor said he could have them.”

Cremeans told him, “I know who you are and so do the cops. Stay the hell away from my house and the hell out of my neighborhood.’ He said, ‘Okay...okay.’”

After the confrontation, Cremeans passed out flyers with the perp’s picture around the neighborhood and gave copies of the video to the police. Five other neighbors came forward and some told Cremeans that they caught the same intruder digging through their bins — red-handed. Another neighbor said that his copper pipe was missing.

"It's up to the district attorney if they want to pursue charges or not," he said. "Hopefully because of this guy's priors, something will be done."