How Mainsail got on the Warped Tour 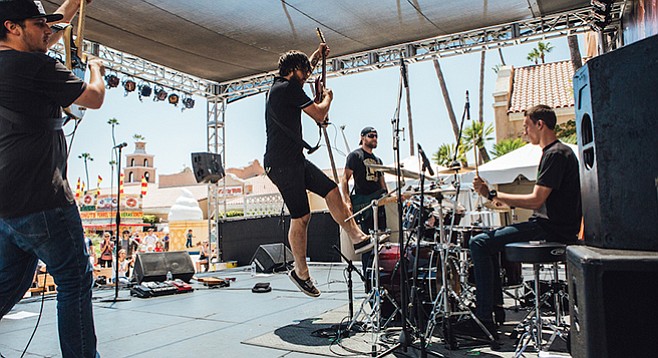 Of the 50-some bands picked to play at the 23rd Van’s Warped Tour, Mainsail was the only local band to make this year’s lineup. The Oceanside pop-punk band played August 5 at their hometown show in the Qualcomm Stadium parking lot.

But even though it was just one stop on the 41-city summertime tour, Mainsail bassist Brock Bentley was happy for the break. “We were more than blessed,” says Bentley of the chance to play.

It seems like it was the least Warped Tour founder Kevin Lyman could do for Bentley, who spent three summers working three grunt jobs on the Warped crew.

“On my first tour [2015] I was the water-slide manager. It’s an incredibly crappy, super-nasty, 300-pound water slide you have to haul around and set up. That’s where they start you off and you work up in the company.” 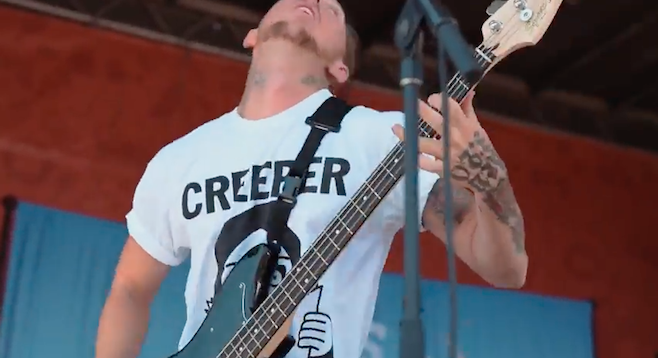 Bentley got a promotion for the 2016 tour to water boy. “You drive the monster mule. You deliver tons of cases of water and ice in this dune buggie to all the stages.” Bentley says it is the most thankless job of the Warped Tour crew. “The good part is you get to make connections with everyone on the tour.”

It was Bentley’s deliveries that endeared him to headliners GWAR. “I did a lot of favors for them. I brought them extra water when I could. Water is like gold. People would trade water for beer any day of the week. When we played, one of the GWAR guys came onstage and slayed me when I played. They only did that for a handful of people.”

Bentley says three years as a Warped Tour crew member is enough and he will not be back next year.

In an interview earlier this year, Kevin Lyman suggested that he and his tour seem to be running out of steam and that next year may be the last.

“I think they want to make it to 25 [years] so that means I think they’ll last for 2 more years,” says Bentley. “And then, even after that, Kevin may find a way to keep it going.”