“They basically just told us this is how it is now." 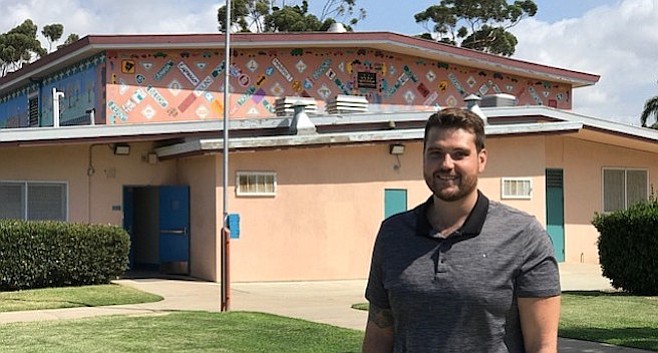 After more than 30 years of operating within the communities they serve, city recreation-center councils will no longer have the ability to decide how to spend the funds they collect.

City attorney Mara Elliott’s office recently concluded that “all funds collected by recreation councils are City funds, and therefore subject to Charter and Municipal Code requirements governing the use of City funds.”

Chief of staff Gerry Braun of the city attorney’s office said the decision was in response to the Park and Recreation Department’s inquiry regarding the law governing recreation council funds.

Park and Rec came to us wanting to know, “whose money is this?” Braun paraphrased.

“They basically just told us this is how it is now, and there’s not much we can do about it,” said Michael Van Etten, chair of the Golden Hill Recreation Center council.

Recreation centers are permitted to raise money by collecting fees for facility use and holding classes that the city would otherwise not be able to offer. Councils use the money to promote activities in the community; support operations, classes, and events; enhance maintenance projects; and fund capital improvement projects at the rec centers. Of the 53 neighborhood centers, 46 of them also do their own fundraising through 501(c)3 foundations.

Since at least 1985, the practice had been to give the council at each center the ability to decide how to use the funds they collect. Under the new arrangement the money will be deposited to the city’s special revenue funds. City employees will ultimately decide how to spend it. Rec-center programming will be “consistent throughout the city.”

With the idea of “One SD; One SD Rec” (on a presentation document), the city cites improved ability to deliver citywide programs, centralized management, and increased scope for existing city contractors. The recreation councils will serve as advisory boards but will not be able to vote on how to use the money.

“It makes our offerings more ‘vanilla’ — it means we can’t decide based on what our community members want, what direction to take the rec center for the benefit of the people who come here and play here,” said Van Etten.

Adams Avenue council chair Dave Rogers said almost $20,000 is currently in the center’s coffers. He is concerned that if the city puts it in a general fund, there won’t be a guarantee that it will be used for the purpose for which it was raised: to pay for projects and activities that benefit kids.

Free or low-cost events like “Halloween Hill” in Golden Hill, with safe trick-or-treating and family fun, are hosted with rec-council funds.

“We have Halloween Hill coming up, and it might mean we won’t be able to hire the vendors — the face painters, the bounce house — because now there is a list of city-approved vendors.”

“This place has gotten as nice as it has with more community involvement,” said Van Etten of Golden Hill’s rec center, on the corner of Golf Course Drive and 26th Street.

“Rec councils provide a buffer of public approval — the community has input,” said Rogers. “The city is basically deleting that.”

Park and Recreation director Herman Parker could not be reached for comment.

More socialism and social justice? What if my community is more involved and or more generous with donations or fund raising? Does this mean my dollars go to other parts of the city? If that’s the case, here is my prediction...community donations will dry up and there will be fewer dollar overall. Unwise decisions lead to unintended consequences.

P&R will "manage" the funds through the P (purchase) Card system which has been abused by staff in the past and investigated by Eduardo Luna.

P&R has been working behind the scenes to accomplish this hostile take over which will in the end decimate recreation councils. It didn't happen overnight despite what P&R declared.

There is nothing mentioned in the city attorney's opinion about creating a different fiscal agent for funds traditionally held by recreation councils. This is the convenient interpretation by P&R staff which they are implementing as a "directive" when it is only an "opinion" by one city attorney. Multiple city attorneys have reviewed and signed off on the current fiscal agent system.

Courts have ruled repeatedly that properly enacted fees must be used strictly for the purposes for which they were enacted in order for them to remain proper (that is, not an illegal tax). Not sure where rec council fees are on that spectrum, but it defies reason that anyone will continue to pay for using a pool or other park amenity they can no longer enjoy because the money to operate it has been stolen to plow into the General Fund. This absolutely guarantees that all these great local programs will cease.

This is simply one more of Kev-boy's attempts to fill city coffers, not in order to provide services or improve infrastructure, but to give him more money for follies like bypass bridges in Balboa Park or sports stadiums that only benefit his millionaire masters.

Hmmm. When we here in Mira Mesa speak with the Park and Recreation Department top brass, we are told that this was all initiated by the City Attorney. The City Attorney points to Park and Rec as the initiator. My bet--it's neither. I smell the MEA at work.

In any case though, this is dead wrong. The Recreation Councils in San Diego have been taking excellent care of their respective communities for many years. No one who has ever had anything to do the the City--any big city for that matter--can possibly think that under the changes being sought, the citizens of San Diego will derive greater benefit from their recreational facilities. So why "fix" this?

The only benefit I can see is about a half million dollars of additional work for City employees. Of course none of us, save for a few union members, would consider this a benefit.