The business of surfing 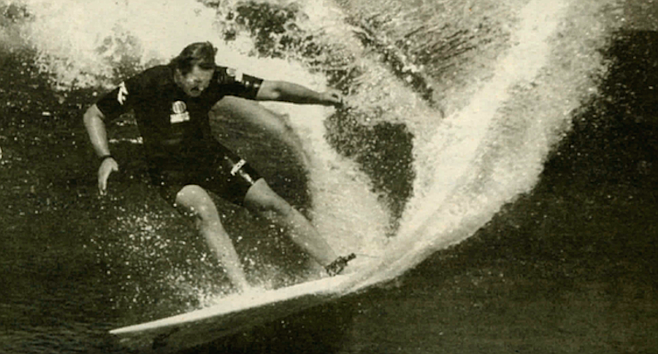 Eaton didn't invent the Bonzer, but is responsible for its refinement. It is a strangely old-fashioned board (in the sense that Chuck Berry is old-fashioned), yet as different from conventional surfboards as the hydrofoil is from ordinary boards. From the nose it looks typical, but toward the tail the planing surface begins to squeeze and convolute, and two small fins sprout at the apices of these convolutions. Each fin says "Bonzer" on it. 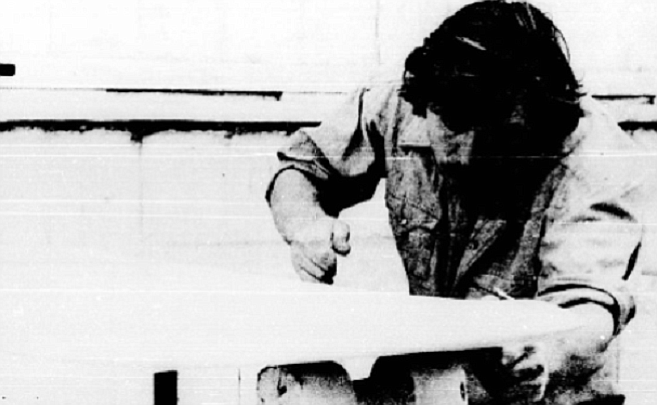 Bob Simmons now has a reef and rip current named after him at Windansea, where he drowned in 1956. The checkered board he was riding at the time, which may have struck him in a fall, was something special.

Journal of an Amateur Shaper

Mitch's Surf Shop in La Jolla is mostly full of surfboard blanks, with some room left over to store fiberglass cloth, gallon tins of resin and skateboard wheels. I wanted to do a short board without too many complicated curves. Mitch showed me two six-foot "seconds" which he sold for six dollars apiece. Seconds aren't as good as first, but they aren't rejects and, as Mitch said, "for that price you can afford to screw one up." 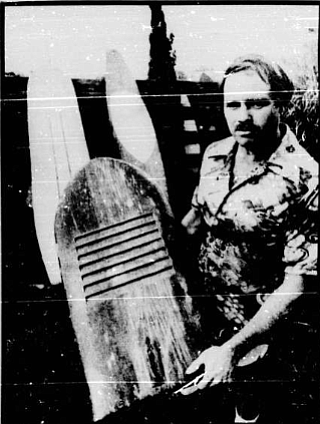 The commoners rode short, flat boards that were really no more than an aid to body surfing, something like a bellyboard, they were called Alaias.

The Chairman of the Boards

Steve has 1925 model made and owned by Tom Blake. It features a solid half-inch mahogany deck. "You can't even get that stuff anymore. I checked." It has a brass plug at the nose of the board, which seems like it should be the tail, so it can be drained when it takes in water." He came to the board through an old character in a rest home who brought me the board from Hawaii. 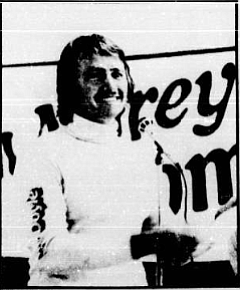 Tom Morey: "You keep working or you deteriorate."

"I went around knocking on doors, but most people wouldn't even talk to me. One manufacturer said he would be able to get around to experimenting with it in a couple of years. In Carlsbad that same year he ran into Jim Faivor, an unemployed carpenter in his early 50s. “Jim picked up on the idea immediately. He had tooling experience and seemed to know just how to tool the board and shape it.” 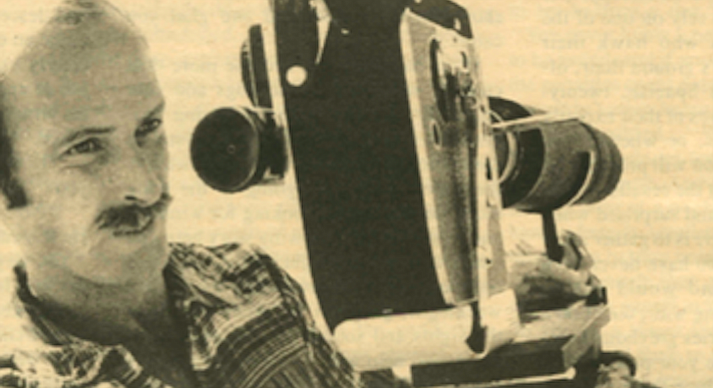 Steve Soderberg: "My friends who surf... they're automatically going to be distrustful of someone who doesn’t surf."

Of Wave and Camera

Shaun Tomson, Larry Bertlemann, Terry Fitzgerald. Gerry Lopez, and Donald Takayama are special because of their boundless optimism, a character trait he feels is infectious. “Good surfers are the most positive people. They’re the most positive people I’ll ever meet. There’s this one guy, he’s so positive. It doesn’t matter what the waves are like. We ’ll go on a trip, like, and he’ll say, it’s getting better.’ He'll say, ‘I know it’s going to be good tomorrow.’” 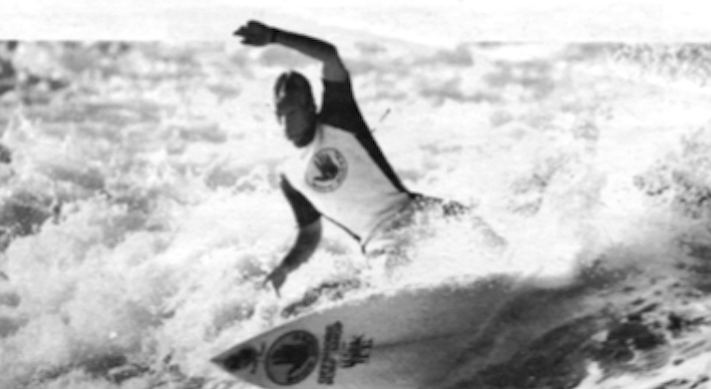 Joey Buran, 1986. "They want to make sure that when that kid’s out surfing at Black’s Beach, there’s an eight-inch logo of their company on both sides of his board.”

The Commercialization of Surfing

Eggers was by far the youngest surfer on the tour, and it's likely that the older surfers treated him coldly. It's likely he was exposed to a lifestyle of drugs and partying. Eggers started showing up late for contests. Twice he missed important photo sessions that Gotcha had set up with Gentlemen's Quarterly magazine. Before long he dropped out of the pro circuit, quit his sponsors, sold all his surfboards, and went back to San Diego.

A shirt for a surf hero

“In January, 1981 I got a call from John Durward, who was at a trade show in Orlando, Florida. He asked me, ‘How would you feel about working with Shaun Tomson?’” Shaun Tomson, from South Africa, had been the top surfer in the world for about four years. He had approached Durward and asked if Canyon Surfboards would be interested in making a Shaun Tomson model. Rusty’s response was, “Are you kidding? I’d pay to work with Shaun Tomson!"