I really wanted to use a live cat 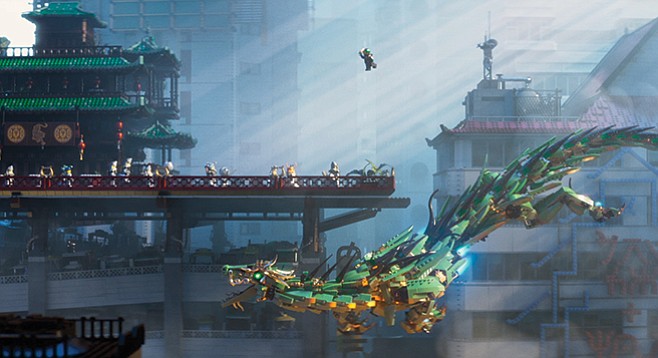 At the Lego Ninjago Movie press conference held last week at Legoland Carlsbad, a child asked the film’s assembled cast and crew, “What happened to the cat?” The tot was referring to the monstrous beast that terrorizes the titular city, and it was clear she hadn’t read the press notes about the over six million CGI hairs that the animation team had rendered for their feline creation. 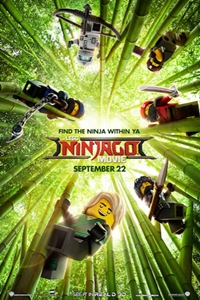 “Don’t do it,” stage-whispered Kumail Nanjiani.

And he didn’t. Bean dissembled beautifully, leaving the grownups sighing over childhood wonder and the kids impressed that a cat had performed so professionally onscreen.

Matthew Lickona: Great job on the cat; I was fooled through the initial appearances. I thought only the late-film closeups were CGI. And that was going to be my first question: how do you direct a cat?

Charlie Bean: You know it’s funny because, just to peel back the curtain for a second, I had really, really wanted to just use a live cat for the whole thing. We had twin cats and I shot all this stuff on green screen and we got a ton of footage. But cats are so tough. They’re not like dogs. You can’t train them. We got great stuff from the cat, but it was really tough to incorporate into the film. But that was the challenge I put to the team: it’s got to look this good. And there was an upside of a CG cat — I could do all sorts of things with the cameras, and create all sorts of interaction. And it fooled a lot of the kids, which was great.

ML: Discuss doing this film in relation to the series.

CB: I’m a huge fan of the series, and we talked about that a lot. We wanted all the cinematic Lego movies to be linked to each other, certainly from a look concept. These films are like real Lego: that’s the connective tissue. It’s a stop-motion aesthetic. The Legos don’t bend; we want it to feel like real toys come to life in a stop motion way, just like the fan films you see on YouTube. All the canon comes from the show, but it’s its own story that sits by itself. We wanted to go after the relationship between father and son; that just felt like red meat, like there was lots there.

CB: In terms of the Kung Fu stuff, from Jackie Chan’s films, I love Police Story, Project A; the Sammo Hung stuff he did, Snake in Eagle’s Shadow, Super Cop, Meals on Wheels is such a cool one; the stuff he did with Yuen Woo-ping, Drunken Master; and then he did Drunken Master 2, with the guy who also directed a bunch of stuff for Shaw Brothers, Shao Lin Assassin, Tai Chi Master. It wasn’t hard to get me to look at Kung Fu movies, but we looked at a ton of them. For monster movies, Godzilla vs. Mothra, obviously. And a lot of the giant robot anime — even Johnny Sokko, stuff that I grew up on.

ML: How about your own previous work? When we got to the two Ultimate Weapon montages, I wrote “Spongebob” in my notes, and then I saw that you actually worked on Spongebob.

CB: I want to give credit for those to Doug Nicholas and Todd Hansen, who are two of the editors that worked on this. They built those from Shutterstock footage and just found — we wanted something crazy, something that felt really modern, sort of “YouTube generation.” And because these movies are the way they are, we don’t have strict rules saying we have to stay in animation. We can use whatever we want.

ML: The Kung Fu films montage had something like a riff on Kill Bill.

ML: I backed into Citizen Kane by reading Peanuts, where Lucy spoils it for Linus by telling him the meaning of “Rosebud.” When I saw this film, I thought, It’s gonna be like that when these kids come to watch Kill Bill and see that film’s family situation.

CB: That’s great if that happens — if it points kids towards some of these films someday. We’re riffing on a lot of different marital arts movies that we love, Ip Man and things like that, so...

ML: Final question: what good is Dad for, really? The film centers on this guy dealing with both not having a dad around and having a dad that does bad things.

CB: Through this film, in many ways, it was about Lloyd humanizing his dad. He sees his dad as a two-dimensional figure who is also a two-dimensional villain. There’s no depth or nuance to him at all, and I think that, oftentimes, we can see our father or our parents in that way. And through the course of the film, he’s starting to understand that there’s more to this person. And the realization of that is the self-discovery that Lloyd goes through.