Famous locals and other upcoming shows 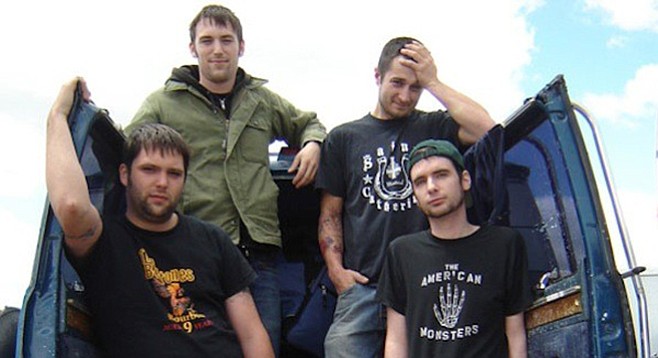 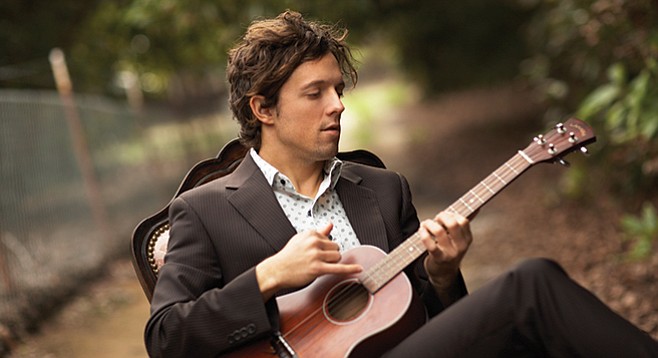 On October 14, famous former neighbor Jason Mraz returns to the town where he launched his platinum music career, to celebrate the 15th anniversary of his debut full-length, Waiting For My Rocket to Come, at Spreckels Theatre. With no new album to promote since his 2014 release Yes!, advance press promises “music, candor, and banter,” with Mraz “performing and reinterpreting selections from his extensive catalog while sharing stories and surprising revelations from his career.” That career was managed by one-time local-concert impresario Bill Silva practically since day one, though the duo recently announced the dissolution of their business partnership, which may or may not be one of the surprising revelations on tap for discussion. One of the few San Diegans who can boast two Grammy Awards and a Songwriter Hall of Fame Hal David Award, as well as multiple San Diego Music Awards, Mraz is also likely to talk up his philanthropic efforts and environmental causes, not to mention his vegan diet and love of avocados (he owns an avocado farm in Bonsall), though hopefully not at the expense of showcasing the music of that debut release, which sold over a million copies and spawned a top ten single, “The Remedy (I Won’t Worry).” Portions of the video for that track were filmed at Spreckels, making this a true homecoming soirée. 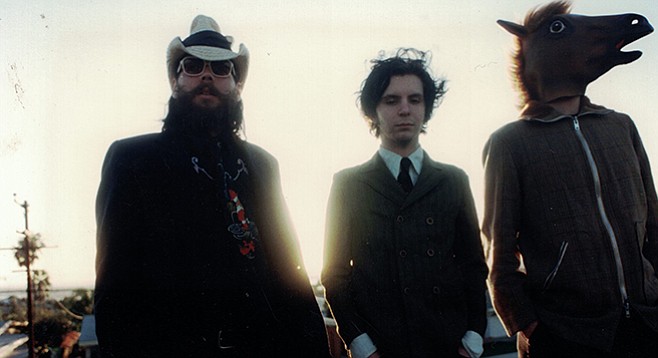 Black Heart Procession. “We are flying over our Serbian brothers that are part of the band.”

Another local act with a devotional national following, the Black Heart Procession, will celebrate their approximate 20-year anniversary with a reunion tour that hits the Casbah on November 3. The dark indie-rockers essentially went on hiatus in 2013, with drummer Joe Plummer moving to Seattle, keyboardist Tobias Nathaniel relocating to Serbia, and Pall Jenkins (also known from Three Mile Pilot, Mr. Tube & the Flying Objects, etc) going on tour with Kurt Vile and recording with J Mascis. Jenkins and Plummer continued to collaborate on projects like Built in the Sun, but it wasn’t until August last year that a Black Heart reunion took place at the Psycho Las Vegas Festival, followed by a European road trip (featuring Jenkins and Nathaniel augmented by guitarist Uros Milkic and keyboardist Boris Eftovski). For this newest jaunt, “We are flying over our Serbian brothers that are part of the band,” says cofounder Jenkins. “This tour will be based around playing our first album One start to finish. We will also then play other songs with the spirit of anti-war, borders, class, and differences of any kind.” Sam Coomes of Portland indie duo Quasi will open all dates on the short tour, which wraps up a couple of weeks later in Durham, NC.

Iron Chic and Off With Their Heads

Minneapolis native Ryan Young has spent over ten years fronting prolific punk rockers Off with Their Heads, touring with bands such as Bad Religion and Dropkick Murphys and playing everywhere from Jacksonville to Japan. They did take around a year off in 2014 after Young suffered a nervous breakdown and canceled a Canadian tour with the Flatliners, but they’ve otherwise averaged one studio full-length every three years, as well as three live albums and dozens of EPs, split singles, and appearances on compilation albums. They’re more inclined toward music videos than a lot of their (perhaps less videogenic) contemporary punk peers, with nearly a dozen fully produced promo clips for signature tracks such as “Fuck This, I’m Out,” “Clear the Air,” and “Keep Falling Down,” as well as a quartet of video clips from their 2013 album Home. Just over a year since their last full-length, Won’t Be Missed, Young will bring Off with Their Heads to the Soda Bar on November 15 for a bill that includes Long Island pop-punk rockers Iron Chic, who meld Beatle-esque vocals and melodies and anthemic sing-alongs with fast and furious melodic punk à la Social Distortion and Bouncing Souls. 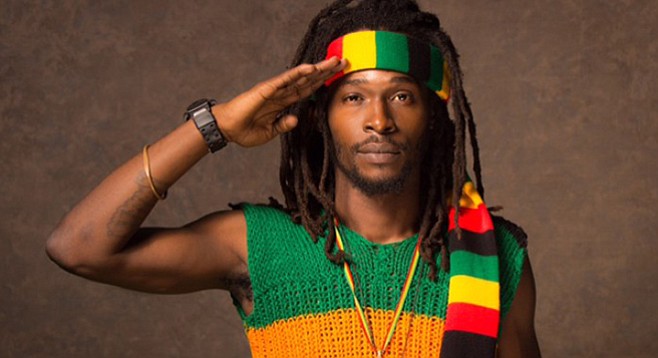 Like all music genres, reggae has been transformed by the presentation of music on social media, with new stars arising via streaming hits on sites like YouTube long before the performers even release their first album. 28-year-old Jamaican songwriter Jesse Royal was barely out of his teens when the late producer and Xterminator Records honcho Philip “Fatis” Burrell took a shine to him and produced his first two regional releases. What followed were several independently distributed digital singles, mixtapes, and even a Japanese EP in 2015, as well as two Jamaican full-lengths, Misheni (2012) and Major Lazer’s Walshy Fire Presents Jesse Royal – Royally Speaking (2014). His international arrival was signaled by racking up nearly ten million views with the video for his breakthrough single, “Modern Day Judas,” slated to appear on his upcoming debut U.S. full-length, Lily of Da Valley, due in October via Easy Star Records. Other previously released singles filling out the track list include his worshipful ode to smoking weed, “Finally,” and a song featuring Bob Marley’s grandson Jo Mersa Marley, “Generation.” If you like that sort of thing, that’s the sort of thing to expect when Royal plugs the 14-track album at Observatory North Park on November 29. 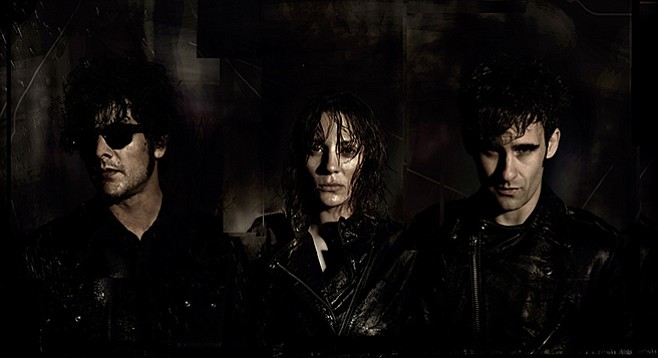 “Little Thing Gone Wild,” the first single from the upcoming seventh studio album by Black Rebel Motorcycle Club, Wrong Creatures, is exactly the kind of greasy, bluesy, workingman’s punk rock that you’d want and expect from the long-lived (since 1998) San Francisco band. The album, recorded in L.A. and produced by Nick Launay (Nick Cave, Public Image Ltd, Arcade Fire), drops January 12 and will be promoted with a tour that kicks off three days later, January 15, at downtown’s House of Blues. Though only the lead single was available for preview at this writing, founding members Peter Hayes and Robert Levon Been, along with their drummer and backing vocalist since 2008, Leah Shapiro (the Raveonettes), have reportedly crafted another spookily subversive album full of morbid chuckles along the same lines as their previous release, 2013’s Specter at the Feast. “I find myself writing about death a lot,” says Hayes of the new album on the band’s website. “For me, it’s dark humor.” The band is also using the tour to raise money for War Child, by donating a dollar from every ticket to that organization’s programs aiding women and children dislocated and impacted by dark and decidedly non-humorous things like war, political unrest, poverty, and terrorism.