And now a message against SoccerCity

From U-T panelist Gary London, whose consulting firm got money from opponents 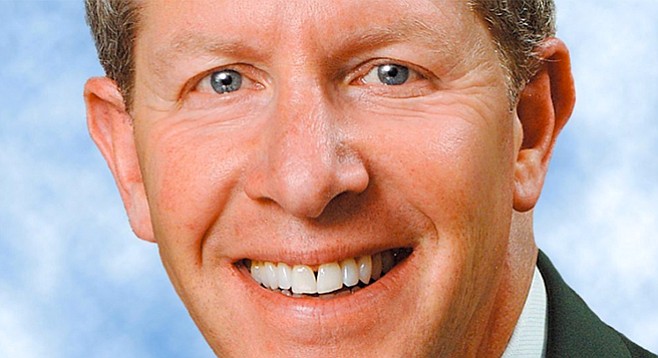 On February 3, the Union-Tribune’s business page asked, “Would a soccer stadium give the economy a boost?” Real estate consultant Gary London of the Union-Tribune’s EconoMeter panel of business experts replied: “It would be an economic boon, but it is a terrible deal for the taxpayers of San Diego, as the initiative is dramatically light in setting aside costs for infrastructure improvements, and in underpaying for the property.” On June 16, the column’s question of the day was “SoccerCity: Is delay economically wise?” London responded with the identical words, though he allowed the project “creates an appropriate level of density, mix of uses, and open space.” Regarding the November 2018 popular vote that will determine Soccer City’s fate, London commented, “The initiative process is the wrong way to do the business of land use, as these complicated issues ought to be vetted through the filter of our elected (officials).”

Now comes the revelation via a legally required financial disclosure by Public Land, Public Vote, a political committee created to oppose SoccerCity, that London’s consulting firm, London Moeder Advisors, received $11,250 from project opponents during the period between April 1 and June 30 of this year. According to the filing, the committee has thus far been financed with a total of more than $1.3 million furnished by Mission Valley landowners and developers Sudberry Properties and the H.G. Fenton Company. “I never tailor my opinion to the client,” said London by phone last week, adding that neither Sudberry nor H.G. Fenton had attempted to infuence him. “If they had I wouldn’t have taken on the assignment.”

I agree! The Soccer City deal is a disaster for taxpayers. Just like last two stadium "deals" supported by politicians and city bearucrats. I don't know what the answers are to the San Diego Studium issues but one thing has to happen - complete transparency in any deal.

Oh please. Do you really think Soccer City is "a disaster" for taxpayers -- who are not on the hook for one thin dime; who get that concrete pile of once-named Jack Murphy/Qualcomm/San Diego Stadium razed along with its acres of concrete parking lots; who will get an attractive smaller stadium that may actually draw a permanent major league soccer team to our city which also can be used by the beloved SDSU Aztec football squad; who will see commercial and residential development in the area along with a San Diego River Park? Such a civic "disaster" should happen more often.

One has to appreciate the reportorial honesty of Matt Potter who has been skeptical of Soccer City all along, but who brings us the unvarnished San Diego truth: the financial guru who's been counseling caution and wiser ways than the Soccer City plan in the pages of the Union-Tribune has been taking more than a million dollars in fees from rival developers to the Soccer City folks. I'm shocked, shocked.

Yes, it is a disaster, if approved.

If it happens in San Diego then it is a disaster for taxpayers. San Diego politicians have no idea how to negotiate anything. They are and always have been stupid.

appearing stupid while increasing their net worth due to their positions it seems.

Keep the old stadium for Civic events, use the lot for free parking for trolley riders to use on lines paid for by sports teams, to take people to the beaches, Balboa Park, Old Town, Del Mar track, the baseball field, etc.